‘Finally you score with that big head’: Bruno Fernandes reaction to Harry Maguire goal against Leeds

The Portuguese midfielder also dismissed the stories of rifts in the Man United dressing room. 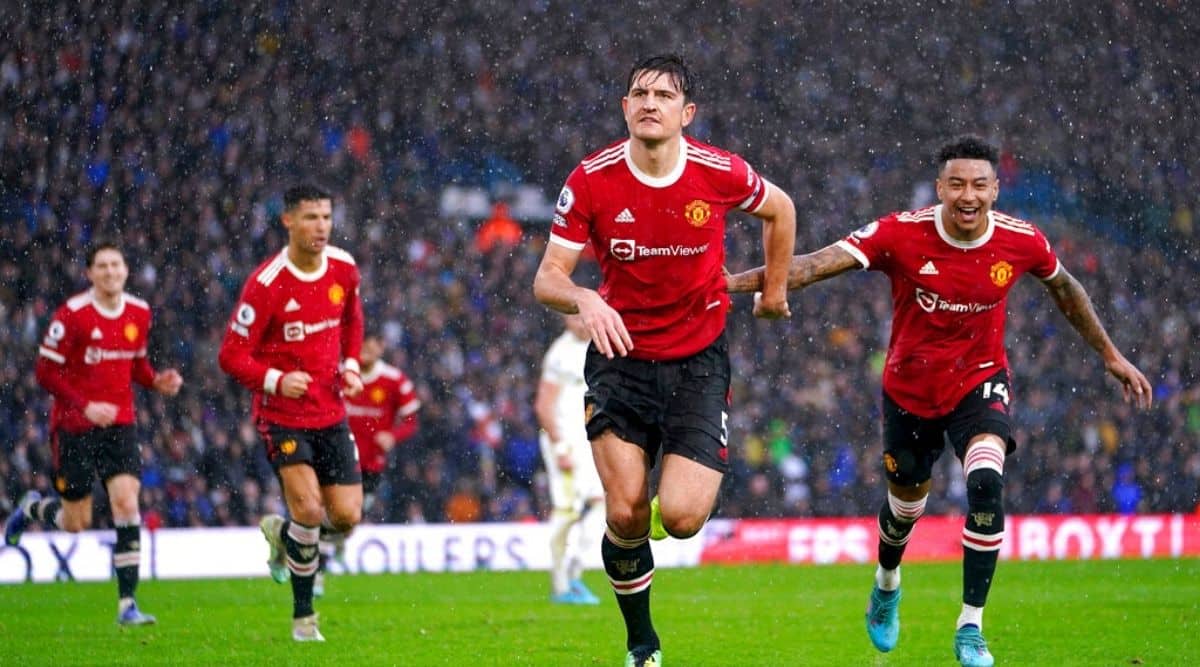 England defender and Manchester United captain Harry Maguire has had his fair share of critics, with a lot of people questioning his defensive capabilities as well as aerial abilities. So it must have come as a relief to Maguire when he finally netted a goal with a well-placed header against Leeds United on Sunday. Manchester United would go on to win the match 4-2 with Bruno Fernandes, Anthony Elanga and Fred being the other three goal scorers for the Red Devils.

In a press conference on Tuesday, before United’s upcoming Champions League clash against Atletico Madrid, midfielder Fernandes told the media what exactly he had said to his captain Maguire after he scored that goal against Leeds.

“I was slapping his head and saying finally you score with that big head,” Fernandes said, sitting alongside coach Ralf Rangnick. The Portuguese midfielder also dismissed the stories of rifts in the Man United dressing room.

🗣 "I was slapping his head and saying finally you score with that big head."

Bruno Fernandes reveals what he said to Harry Maguire when he scored and dismisses the stories of rifts in the Man United dressing room pic.twitter.com/jswCwtvWqY

On Wednesday, United will go up against Atletico Madrid which will be the first time Cristiano Ronaldo and Atletico have crossed paths since a Champions League game in November 2019, when Simeone said of the then-Juventus striker: “He is No. 1.”

Since then, Ronaldo has pulled clear as the all-time leading scorer in Champions League history with 140 — 15 more than Lionel Messi and 58 more than the next player on the list, Robert Lewandowski.

And the fire burns inside Ronaldo as much as ever on Champions League nights.

Goals haven’t been so easy to come by since his return to United last year, with the team enduring a turbulent season that has featured a change of manager. Indeed, Ronaldo has just one goal in his last eight games in all competitions, making it one of his leanest spells since becoming a scoring machine in the latter part of his first spell at United from 2003-09.

Yet, Ronaldo scored in all five group games in which he played, including late winners against Villarreal and Atalanta at home and a stoppage-time equalizer at Atalanta. He lives for the big stage and the big moments, so he’ll relish a return to Madrid to play his favorite opponent.