‘Do you think this [football] is pressure? The pressure is when I ran away from war as a baby’ says Australian defender Milos Degenek

Australian footballer of Serbian origin says "Pressure is not a must-win football game because you can win or lose but I don't think anyone is going to die.” 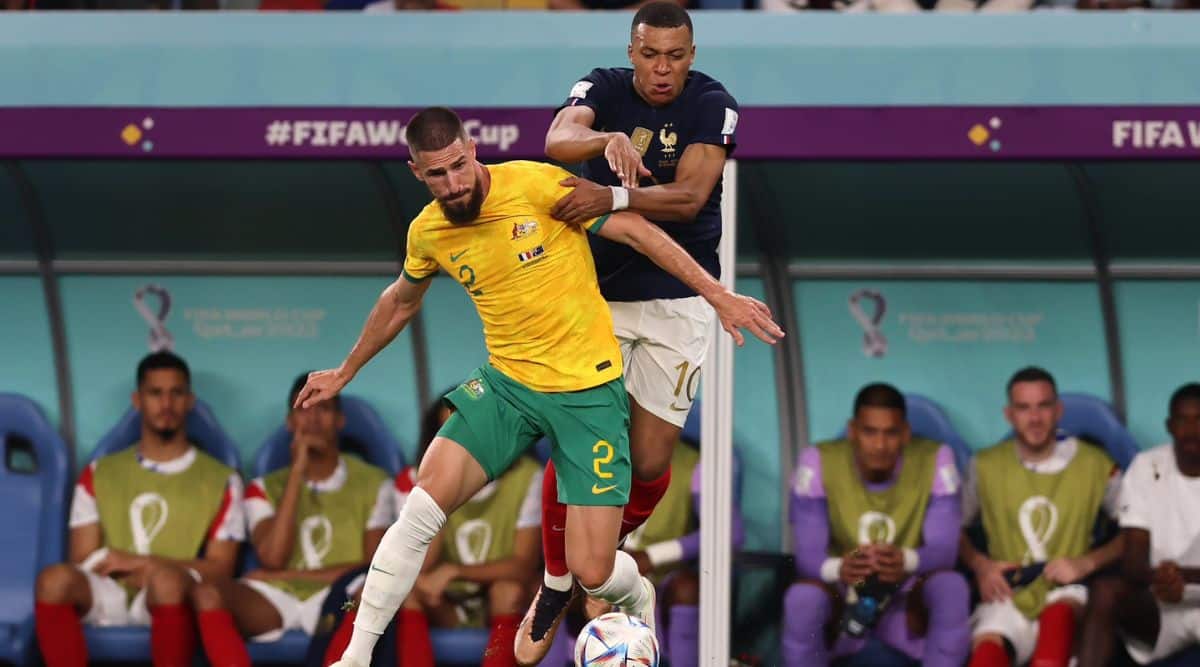 “Do you think this is pressure? No, this is not pressure,” Australian defender of Serbian origin Milos Degenek warmed up after a question about how now they had a must-win game after losing 1-4 to France.

Degenek was born in Knin, Croatia. When he was 18 months old, his family fled the Yugoslav civil war – Croatia’s war of independence – to Belgrade. They rode on a tractor for nine days, he says, to reach safety. With nothing but milk, bread, and two suitcases.

But the relative peace didn’t last too long. They were living as refugees in Aranđelovac, 70 kilometres south of Belgrade when a new war hit them. He was six, then, when the Kosovo war stormed into their lives. NATO forces bombed the city.

“Those things are quite difficult to explain to people who haven’t lived through it,” Degenek had once told ABC News.

Like dropping everything and running when the air-raid speakers blasted panic into his life. Into a dark windowless underground bunker. “He can taste the metallic canned food they survived on for days at a time and the low whispers of other families comforting each other in the shadows.He can hear those haunting sirens pierced through by whistling warheads and the deep rumble of distant bombs as they brought down bridges and buildings.He can still see the bodies, the rubble, the fire, the smoke.

And he can still feel Đorđe, his older brother, quiet and shivering by his side,” ABC News poignantly noted.

His father Dusan, a national champion runner in 800 metres in Yugoslavia once, and his mother Nada sheltered him and the brother as much as they could. Dusan would work as a carpenter and Nada as a dishwasher in Australia.

“That was the sacrifice my parents took – to leave their comfort zone, which was Serbia, where they knew everything and everyone – to leave that and go to Australia and risking everything for me and my brother, so we could have a better life,” Degenek told ABC News. “I’m very grateful to Australia for allowing us to actually come into the country. I’m 28 years old now. I’ve got a wife, I’ve got a baby, I’ve got a second baby on the way. My brother’s got a wife and a kid, my parents are healthy; they’re grandparents now.”

For a man who has been through hell and back, what’s a must-win situation in football. Piffle.

It was Serbia that kindled real football ambitions in Degenek. His father had taken him to Serbia when he was older, and in particular, to a football game to watch Red Star Belgrade.

Red Star and Partizan, two of the oldest Serbian clubs, stood for different things. Red Star supporters were seen as supporters of Serbia, while Partizan stood for Yugoslav state. To this day, the rivalry plays out in the most ugly fashion. The famous Belgrade Derby between the two clubs, who incidentally have their own stadiums just 500 metres apart, spills blood to this day. The red menacing smoke of the flares fills the Belgrade air. The sky turns crimson. Flares leap off the stands. They even have a name for it in Serbian language: bakljada. Photographers don’t watch the game. Their cameras are focussed instead on the stands where the blood-curdling action happens.

In his article in International journal of History of Sport, titled, ‘It all ended in in an Unsporting way: Serbian football and disintegration of Yugoslavia’, Richard Mills quotes the curator at Red Star museum who talks about the chants that rung out in the stadium after collapse of Yugoslavia. “Red Star Serbia, never Yugoslavia”.

On 29 March 1991, just months before the country’s collapse, Red Star Belgrade became the first Yugoslav club to win the European Cup, the biggest prize in European club football. During the game, an enormous Serbian flag, 60 meters long, was held by 20,000 travelling Red Star fans. It was a statement in itself. Not long after the country collapsed under civil war.

Degenek was at this stadium as a kid in love with football. ““It was like back in the day with the Colosseum. The guys would fight, people would be around, and they’re there for the entertainment. I sit there in awe and sometimes I just think about how much I respect the people that go and watch those games … “Those moments, when I went with my father to watch Red Star Belgrade, 15 years later to be able to play for the club is an even bigger ‘wow’. It was my dream come true, my family’s dream come true, all our relatives’ dreams come true,” he tells ABC News.

When he was 16, he would leave Sydney to go to Germany to pursue a footballing career.

“You either eat or you get eaten. That is the simplest way to put it … My first experience was being dropped in the middle of Germany, in Stuttgart, and having to take an hour and a half to training in the middle of a freezing winter,” Degenek told the press conference at Qatar.

“It’s minus eight (degrees)… two pairs of trackies underneath one another, and four jumpers, because I didn’t have enough money to buy a winter jacket – until I got given one by my agent. That’s where I learnt my first struggles of people thinking ‘oh, you go to Europe, you enjoy football, you’re going to be a professional and earn a lot of money’.

🚨Milos Degenek🇦🇺 is added to come via PTG SBC🔥

“My first professional contract was $1000 a month. I wasn’t earning big bucks.

He has travelled the world playing football: Germany, Japan, Serbia and Saudi Arabia, and is currently playing in the United States.

He then spoke glowingly about Australia’s next opposition Tunisia who had stirred the public imagination with a hard-fought draw against Denmark in the first game.

“I haven’t seen a team at a World Cup yet with this much heart and passion and desire and love for their country,” Degenek said of Tunisia. “They have got phenomenal desire … the guys love each other and they have this fire in their eyes and they’re very strong in the way they go about things.”