The Argentine skipper sizzled, as Lisandro and Emi Martinez's late heroics allowed Scaloni's side to fight off a late surge to ensure a 2-1 victory. 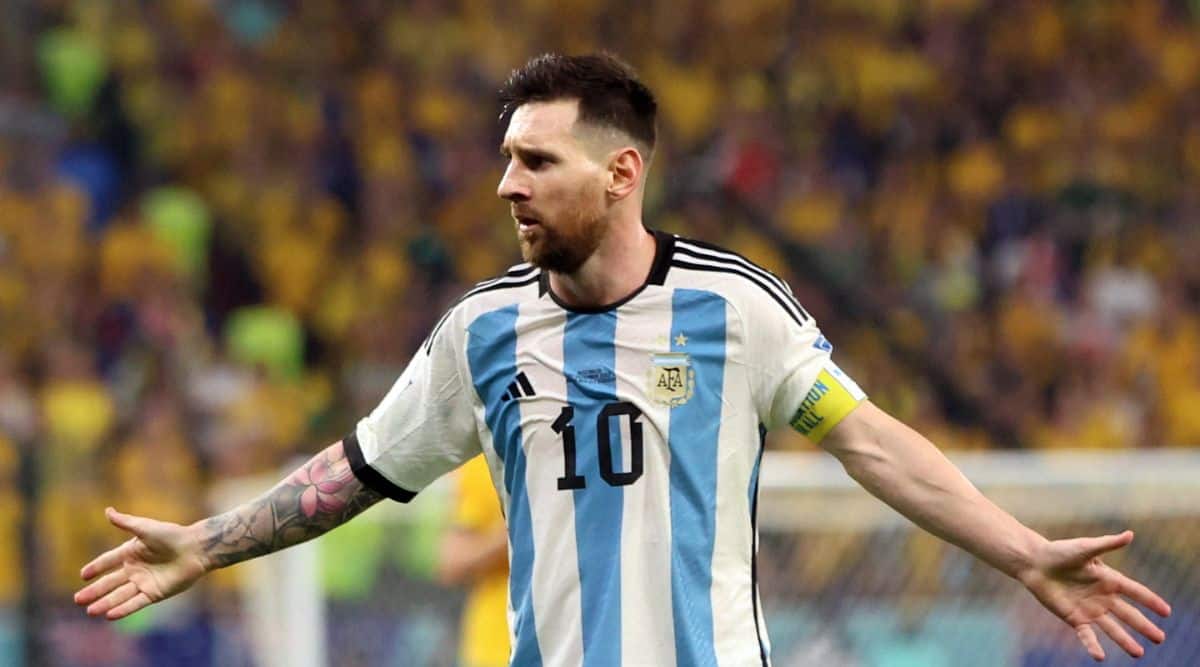 In his 1000th career appearance, Lionel Messi had his best match of the World Cup so far as Argentina took down Australia 2-1 to book their place in the quarterfinal against the Netherlands next week. Despite having a two-goal lead, however, the final moments of the game were far nervier than Argentina would have anticipated.

Messi’s moment of brilliance came in the 35th minute, after the first third of the game was managed well by Australia. By far the inferior side in terms of talent, the Socceroos did well to curb Argentina’s attacks, letting them continue to dominate possession but slowing down the tempo, leaving little space in between the lines for chance creation. And then the moment came after a flash point.

While closing down the opposition defence, Messi challenged Aziz Behich down the touchline, rattling the defender and himself in the process, causing a coming together. Shortly after, out of frustration, Behich gave away a naïve wide free kick. Messi’s delivery was cleared, only for the ball to come back into his path, shuffling his way infield, playing it into Mac Allister whose pass was touched off by Otamendi back into Messi’s path again. The maestro’s first touch was brilliant and the finish even better.

By his own lofty standards, that finish may not be out of the ordinary, but it was brilliantly assured. The shape, the angle, the precision. Like a pinpoint pass into the bottom corner. Just like that, in an instant, after failing to create much from the initial phases of the game, Argentina were ahead.

The rest of the game was a task for the Aussies, having to create goal threat of their own while staying in their structured, defensive 4-4-2 formation. And close to the hour mark, an individual mistake gave them a mountain to climb. Goalkeeper Mat Ryan was pressed effectively by Rodrigo De Paul as he tried to play out the back, and was caught on the ball from Julian Alvarez, who stole the ball from the keeper’s blindside on the right, and slotted it into the net to score his country’s second in a moment of brilliant opportunism.

From that point on, manager Lionel Scaloni made a string of changes, as Argentina went into game management mode. They continued to create, but with less intensity, and Messi’s star continued to sparkle. In one particular standout moment, he got on the ball in his own half,  resisted multiple challenges, and dribbled past four Aussie players closing him down, leaving them in his wake as he drove into the box.

But Australia displayed the heart that they have shown all tournament to get past a tough group and make it thus far. In the final quarter of the game, Craig Goodwin’s long-range strike from 25 yards, more hopeful than anything, caught a massive deflection off Enzo Fernandez to make it 2-1. The tension in the stadium was palpable, as moments later, Behich went on a scurrying run getting past three or four Argentina defenders before seeing his shot crucially blocked by Lisandro Martinez.

In the late phases, Argentina kept up the pressure, only for some poor finishing from substitute Lautaro Martinez to keep the game within touching distance for Australia, who had another massive chance on their own in the dying moments. A cross from the left fell to Garang Kuol, who beat his man on the half turn to create a close-range shooting opportunity, which needed a strong save from Emi Martinez in goal.

Ultimately, Argentina got the win, but just about. That late surge from Australia would have made them uncomfortable, and the frantic and nervous defending they needed to get over the line might not be enough as they go through to the business end of the tournament.