Moriyasu stayed in the dugout, flashing a wide smile. It was, after all, his brave substitutions that masterminded a famous Japan win. 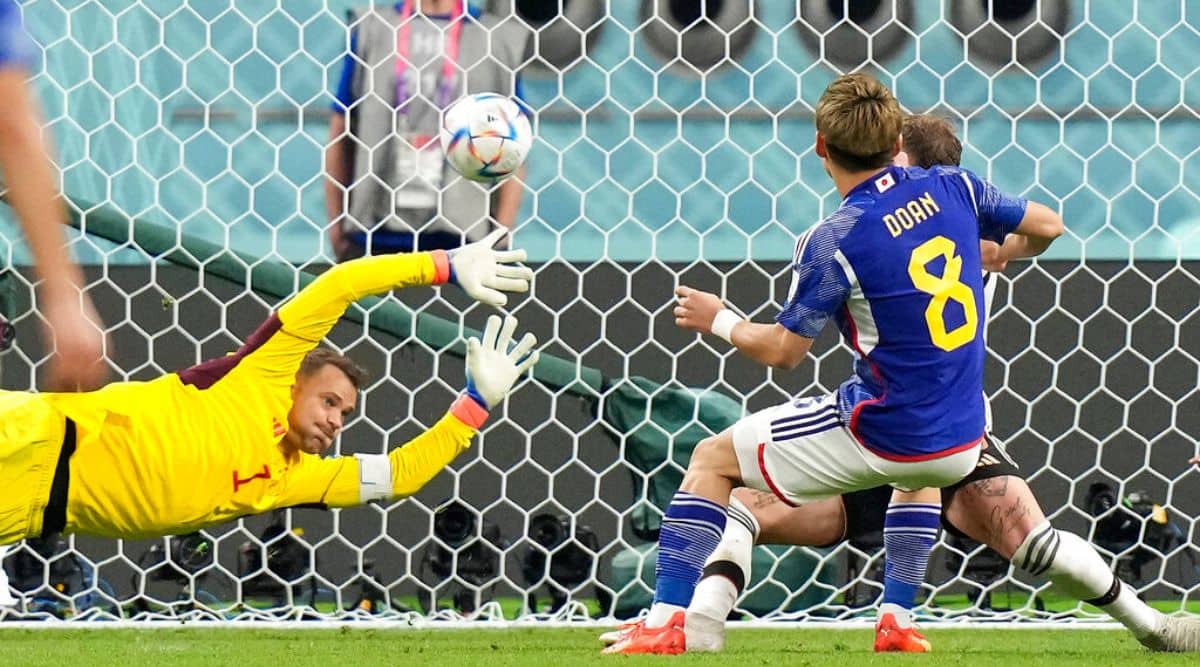 The move began with a pass from Kauro Mitoma, which clinically cut through Germany’s left channel, before ultimately finding Takumi Minamino. The AS Monaco player unleashed a shot, which appeared to be more of a cross, but Manuel Neuer was alert enough to parry it away. His save, however, went only as far as Ritsu Doan, who slotted the ball past the goalkeeper from six yards.

It was an incredible move in the 75th minute that stunned Germany, who were leading 1-0 to that point.

More than the goal or Mitamo’s precise pass that initiated the move, it was a series of events in the lead-up which was more impressive and game-changing. To be specific, it was Hajime Moriyasu’s substitutions.

The first to come on in the 46th minute was Takehiro Tomiyasu. Mitoma followed 11 minutes later along with Takuma Asano. Those changes almost reaped rewards when Asano nearly buried a cross from the right wing by Junya Ito. Japan, who started with a 4-2-3-1 system, changed to a more attacking 3-4-3 formation and maximised Mitoma’s threats from 1v1 situations as well as use his pace on the wings more effectively.

This was evident from a counterattack in the 61st minute, with subs Mitoma and Asano involved, with the latter scuffing the opportunity.

As Japan were slowly crawling their way back into the match, Moriyasu introduced Doan in the 71st minute while Minamino was the last to be brought on three minutes later. With all subs introduced and his system-change taking full shape by the 74th minute, Japan instantly turned the tide by scoring the equaliser in the 75th minute.

All three players involved in the first goal were brought on off the bench in the second half – Minamino had been on the field for less than a minute.

Asano, who plays in the German Bundesliga, was third-time lucky in the 83rd minute. He deftly controlled a long, floating ball on the right wing, outmuscled Nico Scholtterbeck who tried to push him away from goal, and unleashed a powerful right-footer that beat Neuer at the near post. It sent the Japanese fans into a tizzy along with the rest of the squad, who rushed onto the pitch to celebrate with the goal scorer.

Moriyasu stayed in the dugout, flashing a wide smile. It was, after all, his brave substitutions that masterminded a famous Japan win. A result that has put his team within reach of a Round of 16 berth, while potentially piling on more World Cup agony on Germany.