For the first time since February 15, 2018, India have dropped outside the top-100 of the FIFA Rankings. In their most recent outing, India crashed out of the group stages of Asian Cup. 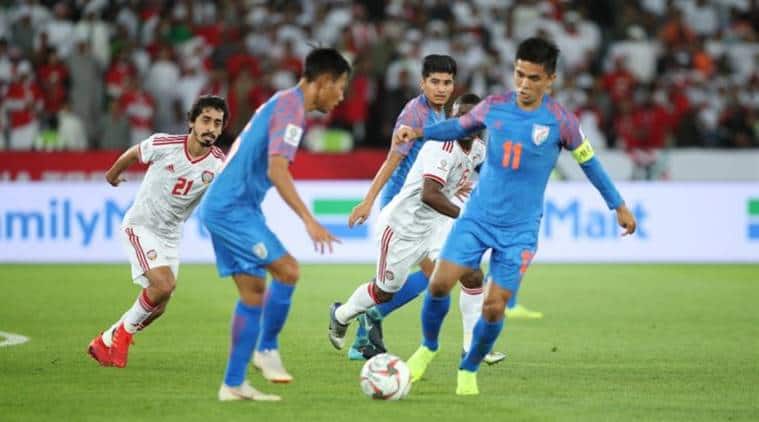 India have dropped out of the top-100 FIFA rankings following the Asian Cup.

India have dropped six places in the latest FIFA Rankings released on February 7 (Thursday) and the first of the year. India’s points tally has gone from 1240 to 1219 which has seen the Blue Tigers slide to 103rd in the rankings. In their most recent outing, India were bundled out of the Asian Cup in the group stages.

At the premier continental tournament played in UAE, India started off with a big 4-1 win over Thailand. However, they lost 2-0 to hosts UAE thereafter and then 1-0 to Bahrain in crunch fixture. Had India been able to hold Bahrain to a draw, they would have progressed to the knockout stages. Their dream of playing the knockouts were shattered by Jamal Rashid in the first minute of stoppage time after the 90 minutes. The Bahraini player converted the penalty kick to give them a pivotal win.

Asian Cup champions Qatar have made giant strides in the rankings. Their maiden title has seen them gain 38 places to move up to 55th place in the update. This is their best position since 1993.

As a result of the update, Asia has boosted its numbers in the Ranking’s top 50. The AFC is now represented by four teams, up one on the last edition, and now stands level with Africa, whose numbers have been reduced by Congo (51st, down 2) dropping out.

I was their first choice to host Oscars this year: Dwayne Johnson