The Premier League match between Watford and Chelsea was halted after 13 minutes on Wednesday because of a medical emergency in the crowd. 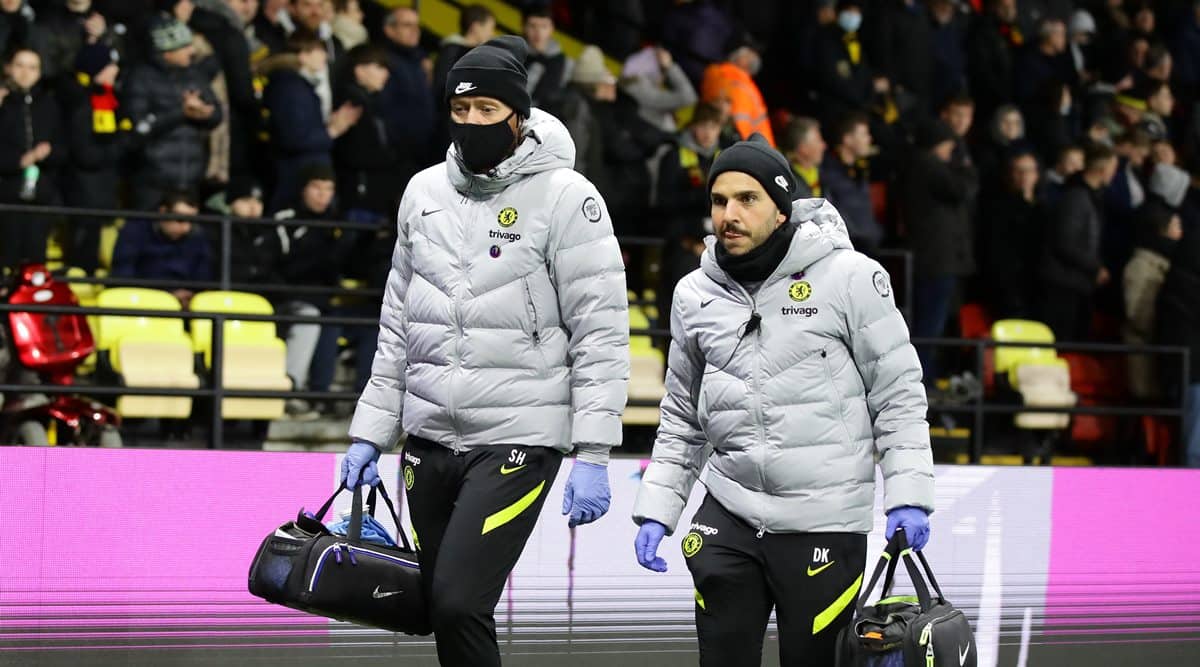 Chelsea medical staff are seen walking on the pitch after attending a medical emergency in the stands (Source: Reuters)

The Premier League match between Watford and Chelsea was halted for about 30 minutes on Wednesday after a spectator suffered cardiac arrest at Vicarage Road.

Both teams were taken off the field by the referee after play was stopped after about 13 minutes following the medical emergency in the Graham Taylor Stand.

The players returned to the field not long after a stadium announcement that the spectator had been stabilized. They had a brief warm-up and play resumed.

Chelsea defender Marcos Alonso appeared to alert the referee and the medical staff on the touchline about the incident. Chelsea’s medics ran across the field to the help with the situation.

Some Chelsea players were seen covering their faces as they looked over to where the incident was unfolding.

On Oct. 17, a match between Newcastle and Tottenham was halted for 20 minutes when a spectator suffered cardiac arrest. A doctor who was in the crowd performed chest compressions before paramedics arrived.

History textbooks have a history of being contentious: MP Vinay Sahasrabuddhe