Only two points separate Chelsea, Manchester City and Liverpool at the top of the Premier League. 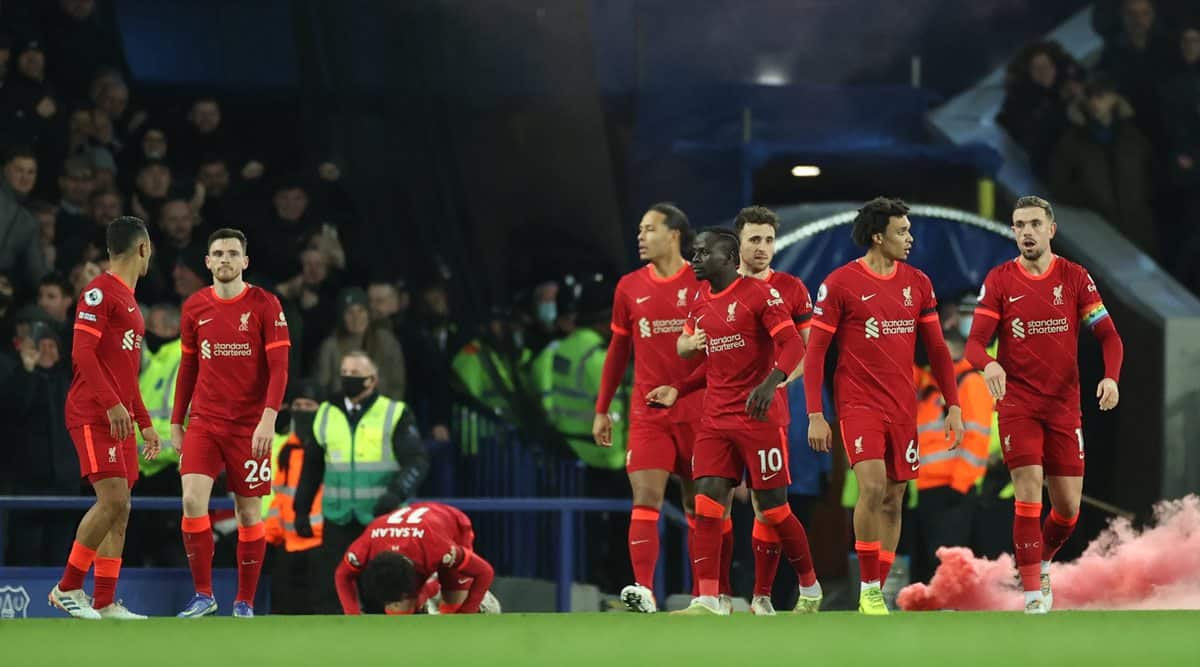 Only two points separate Chelsea, Manchester City and Liverpool at the top of the Premier League. There’s no doubting who the entertainers are with the most high-powered attack.

Liverpool hit four goals for a third consecutive game by beating Everton 4-1 on Wednesday, taking the team’s scoring tally to 43 in 14 games _ the most in a major European league so far.

Jurgen Klopp’s 2020 champions remained in third, but with another 24 games to go that’s far from a concern.

“The performance of all of the boys was absolutely outstanding,” Klopp said.

On a rare occasion when the front-runners were playing at the same time, Manchester City won 2-1 at Aston Villa to stay a point ahead of Liverpool in second and Chelsea remains a point better off at the top after beating Watford by the same score.

The top three pulled away from fourth place after West Ham was held 1-1 by Brighton. Leicester and Southampton also drew 2-2, while the meeting between Wolverhampton and Burnley was goalless.

Salah is fronting Liverpool’s scoring charge and he now has 19 goals in as many appearances this season in all competitions after his double at Goodison Park.

After captain Jordan Henderson gave Liverpool the lead in the Merseyside derby by shooting from the edge of the area, Salah’s first goal was a curling shot across goalkeeper Jordan Pickford in the 19th minute.

Everton had the chance of a comeback after Demarai Gray pulled a goal back just before halftime. But Salah seized on bad error by Everton captain Seamus Coleman to race from halfway before striking into the net in the 64th.

“I think we know each other more now,” Salah said. “We are together for five or six years. Last season we had a few injuries. The season before we were playing really well, we won some titles together.”

Some Everton fans streamed for the exits after Jota’s goal. Others stayed and directed their anger toward the directors’ box after the final whistle. There were chants of “sack the board” as well as boos at the final whistle.

Former Liverpool captain Steven Gerrard couldn’t help out his old team in his third game in charge of Aston Villa.

Ollie Watkins reduced the deficit in the 47th with a first-time finish off a corner to the near post but City held on, helped by the second-half introduction of Jack Grealish _ the boyhood Villa fan and former club captain who left for a British-record fee of 100 million pounds (then $139 million) in the offseason.

Hakim Ziyech scored his first league goal of the season to clinch Chelsea’s 2-1 win at Watford in a match that was halted for 32 minutes in the first half after a spectator suffered cardiac arrest.

The substitute converted a cross in the 72nd from Mason Mount, who had put Chelsea in front in the first half before Emmanuel Dennis equalized.

Chelsea manager Thomas Tuchel was surprised by what he called a “very sloppy” performance.

One of the goals of the night came in east London.

There was an acrobatic finish to secure Brighton’s point at West Ham with Neal Maupay scoring with an overhead kick from Tariq Lamptey’s cross in the 89th. Tomas Soucek’s fifth-minute header had put West Ham in front.

Twice Leicester fell behind at Southampton. Twice the visitors came from behind.

Defender Jonny Evans initially canceled out Jan Bednarek’s opener before Che Adams restored Southampton’s lead. The point was secured by creative midfielder James Maddison cutting inside the sliding Tino Livramento before firing into the net at the near post four minutes into the second half for his third goal in three games.

Leicester, though, has only one win from five games and is eighth in the standings after finishing fifth for two consecutive seasons. Southampton is two points above the relegation zone, which features Burnley, Norwich and last-place Newcastle.