Chelsea has coped just fine without its injured striker. 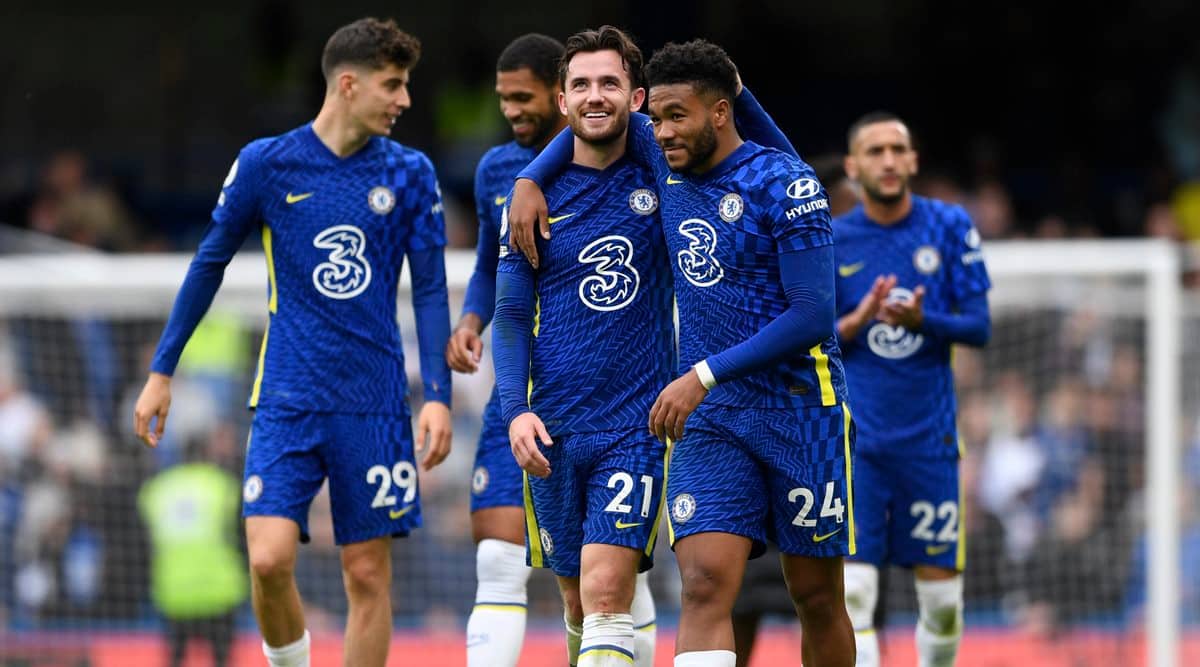 The Premier League leaders romped to a 7-0 win over last-place Norwich on Saturday, with Mason Mount scoring a hat trick and the other goals spread around the team in the injury-enforced absence of Romelu Lukaku and Timo Werner.

Mount, Callum Hudson-Odoi and Reece James scored in the first half, before Ben Chilwell’s strike, an own-goal by Max Aarons and two more goals from Mount _ one from the penalty spot _ completed Chelsea’s biggest win of the season.

Norwich’s misery was compounded when center back Ben Gibson was sent off for collecting a second yellow card in the 65th minute when the score was 5-0.

While the visitors remained without a win and on just two points on its return to the top flight, Chelsea will stay in first place for another week after coming into the ninth round holding a one-point lead.

The European champions have a kind run of fixtures to come, too _ their next two games are against lowly Newcastle and Burnley _ so they should not miss Lukaku and Werner, who are out for the short term with ankle and hamstring injuries, respectively, sustained in the Champions League in midweek. United States forward Christian Pulisic was also missing with an ankle injury.

Mount had a particularly good game as a support striker to Kai Havertz, starting and completing the scoring _ his goals came in the eighth and 85th minutes and then in stoppage time _ and adding an assist for James’ goal with a defense-splitting pass for the wing back to chip goalkeeper Tim Krul.

Mount even had some fortune with his penalty. His first attempt was saved by Krul, who was adjudged to have been off his line when making the save. Mount had another try and beat Krul down the middle.

The England midfielder came into the match with just one goal since April.

“Before the game, I put pressure on myself to get on the scoresheet because it’d been quite a long time since I did,” Mount said. “Then three goals in one game.

“We were on it for the whole game,” he added. “We never stopped.”

After Mount opened the scoring with a shot from the edge of the area, Hudson-Odoi _ another beneficiary of the injuries to Chelsea’s strikers _ was played through by Mateo Kovacic’s pass behind the defense and the winger slotted home a low finish into the far corner in the 18th.

James’ goal earned Chelsea a 3-0 lead at halftime and fellow wing back Chilwell drove in a low, angled shot for 4-0 in the 57th.

Aarons was unlucky to see his deflection off Hudson-Odoi’s cross redirect the ball straight at the goal, with Krul getting a hand on it but not keeping it out.

Gibson’s second yellow card, for a crude foul on James, gave the hosts the chance to compile a big score and they did so thanks to Mount.

His penalty made it 6-0 after Antonio Rudiger’s goal-bound shot was blocked by Mathias Normann using his hands. Chelsea then broke the offside trap for the seventh, with Ruben Loftus-Cheek running through unchecked and squaring the ball for Mount to sidefoot home from close range.

Chelsea now has the best goal difference of all the teams in the league, at plus-20.

“We were sharp and put in a lot of effort,” Chelsea manager Thomas Tuchel said. “We pressed high and won many balls. We played with a high rhythm and created a lot of chances.

“To score seven, you also need a bit of luck and momentum, but it was a good effort.”