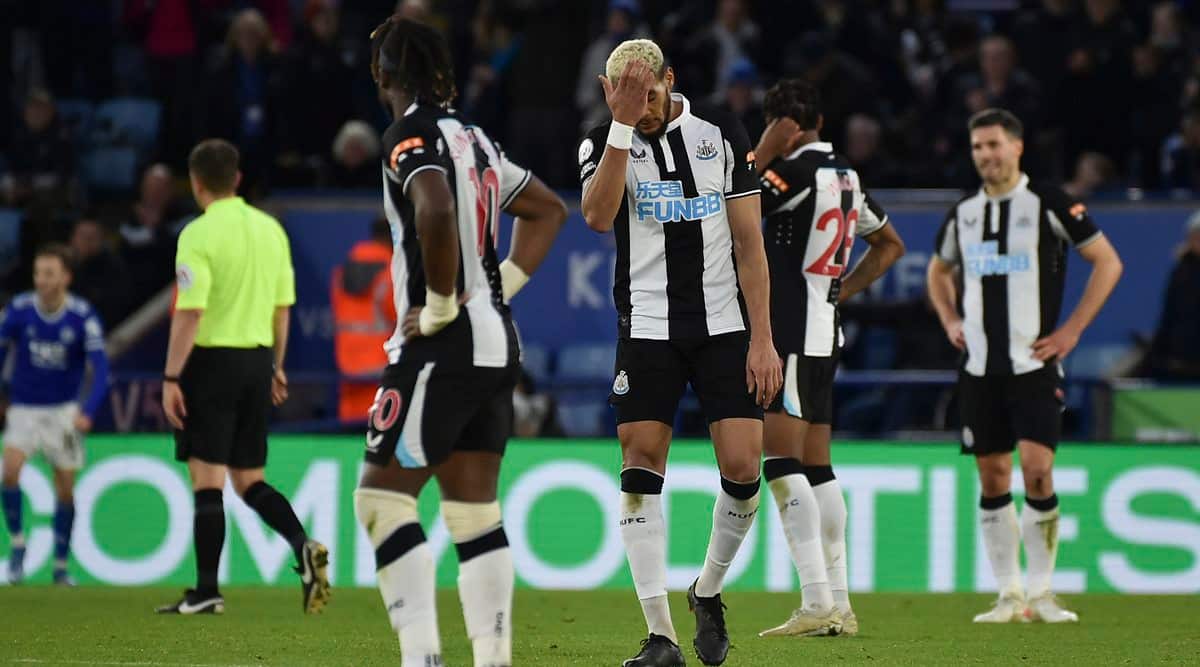 The limitations of the squad inherited by Eddie Howe when he took over as Newcastle manager last month were exposed in a 4-0 loss at Leicester in the Premier League on Sunday.

The result kept Newcastle in the relegation zone after 16 games, with the team having won just once so far.

And its next three opponents heading into the busy festive period? Liverpool, Manchester City and Manchester United.

Given Newcastle was recently bought by Saudi Arabia’s Public Investment Fund, Howe is likely to have plenty of money to spend in the January transfer window to improve his squad.

On the evidence of the match at King Power Stadium, it needs improving _ especially the defense.

James Maddison profited, in particular, in a display from attacking midfield that mixed wonderful creativity with fine finishing.

He set up both of Youri Tielemans’ goals — one coming from the penalty spot after Maddison was tripped — and produced a stunning outside-of-the-boot pass in the build-up to a tap-in by Patson Daka.

Maddison scored the fourth himself, lashing home into the corner after playing a one-two with Daka, who started ahead of Jamie Vardy.

“We’re in a huge fight to stay in this division,” Howe said. “We’ll need to use the pain and feeling from today to help us in our journey this season.”

Burnley edged a point ahead of Newcastle _ but remained in the relegation zone _ after a 0-0 draw at home to West Ham. which couldn’t build on its win over Chelsea last weekend.

Fourth-place West Ham is still in the Champions League qualification positions in the race to be the best of the rest, with the top three _ Manchester City, Liverpool and Chelsea _ having pulled well clear already.

But Manchester United is only one point back in fifth after back-to-back wins under new manager Ralf Rangnick, and Arsenal and Tottenham are within two points.

Demarai Gray won a game for Everton on Monday. He was partially to blame for a defeat on Sunday.

Gray’s sloppy pass back into his own penalty area led to Conor Gallagher scoring the first of his two goals for Crystal Palace in its 3-1 victory over Everton. James Tomkins added the other for Palace while Salomon Rondon netted for the visitors.

Everton’s performance was lackluster at Selhurst Park, so the 2-1 comeback win over Arsenal six days ago _ sealed by Gray’s stoppage-time wonder goal _ proved to be something of a false dawn.

Tottenham was also supposed to play on Sunday but its match against Brighton was called off on Thursday because a coronavirus outbreak at Spurs that led to the closure of the first-team section of the club’s training ground.

While Tottenham’s players have reportedly returned to training, improving the chances of its match at Leicester on Thursday going ahead, there could be COVID-19 issues at Manchester United.

Some players and staff members at United reported positive tests for the virus on Sunday.

The people who tested positive were sent home before training and the Premier League was notified. United is scheduled to play Brentford in the league on Tuesday.