Premier League: 14 games and counting without win for Newcastle

Newcastle's agonizing wait for a first win in the Premier League this season is heading into December. 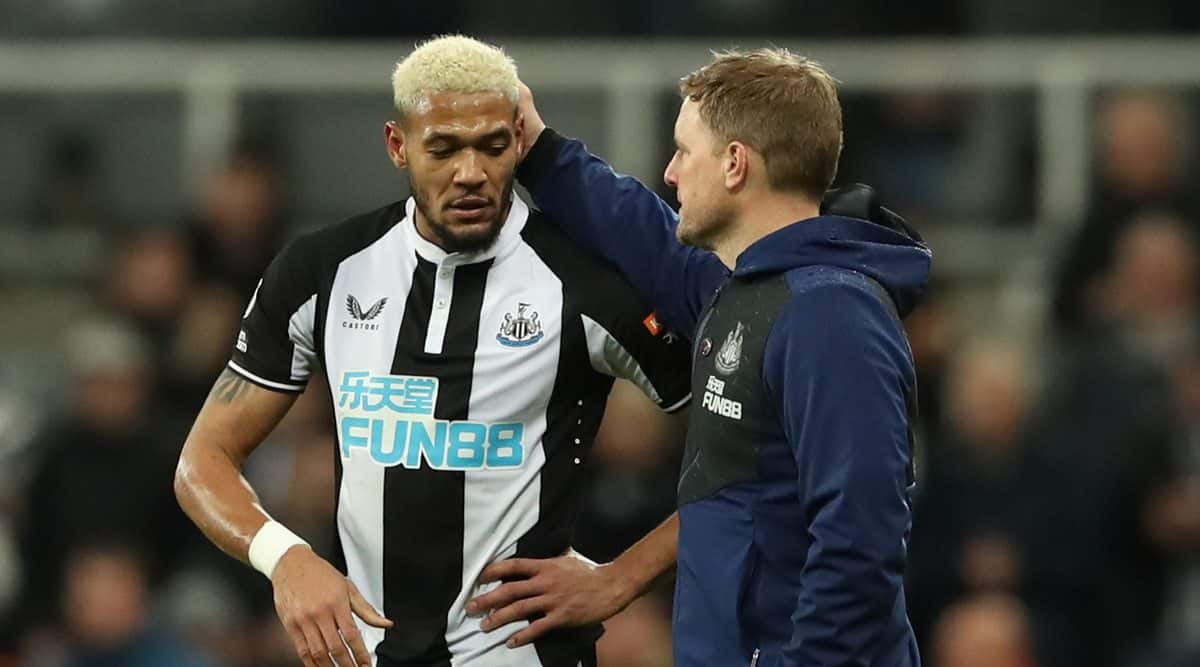 Newcastle’s agonizing wait for a first win in the Premier League this season is heading into December.

It’s 14 games and counting without a victory for the northeast club, which recently came under Saudi ownership, after a 1-1 draw at home to Norwich that pitted the bottom two teams in the league against each other on Tuesday.

Newcastle, which is in last place, became the fourth team to fail to win any of their first 14 matches in a Premier League campaign, according to Opta, the league’s statistics supplier. The previous three _ Swindon (1993-94), Queens Park Rangers (2012-13) and Sheffield United (last season) _ all went on to get relegated.

The visit of Norwich represented perhaps Newcastle’s best chance of securing that elusive win, yet a ninth-minute red card for center back Ciaran Clark _ for bringing down Teemu Pukki when last man _ left Eddie Howe’s team with an uphill task at St. James’ Park.

Even a man down, Newcastle looked the more dangerous team and took the lead in the 61st minute when Callum Wilson converted a penalty after Federico Fernandez’s header struck the raised hand of Billy Gilmour.

Pukki equalized in the 79th with a left-footed volley into the top corner.

“It’s a missed opportunity,” Newcastle midfielder Jonjo Shelvey said. “We defended brilliantly throughout _ everyone to a man worked their socks off. It’s unfortunate the red card early doors gave us a mountain to climb.”

Newcastle, which is on seven points, moved to within two points of Burnley, which has played two games fewer. Norwich is a point further ahead and is unbeaten in three games since Dean Smith was hired as manager to replace Daniel Farke.

Leeds was another recipient of a penalty for a raised arm blocking a goal-bound header at a corner, and Raphinha took full advantage.

The Brazil winger converted it coolly in the third minute of stoppage time to earn Leeds only its third win of the season and move Marcelo Bielsa’s team five points above the relegation zone.

Marc Guehi was the culprit, stretching out his arm to block a headed attempt by Liam Cooper. Again, it needed the referee to check the pitchside monitor before the penalty was finally awarded.

Palace has lost back-to-back games to stall the momentum the team had under manager Patrick Vieira.

Omicron variant, in at least 20 nations, spread earlier than was known