The club has been grappling with financial woes following the premature pullout of its former investor Quess Corp, who were its title sponsors for two seasons. 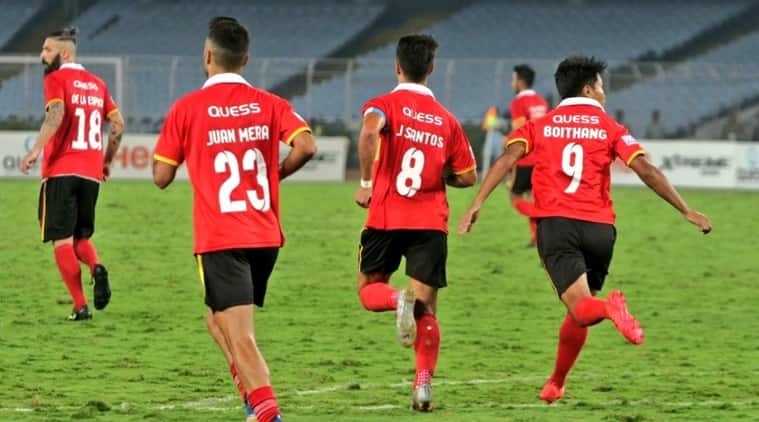 East Bengal were in second spot in I-League when the remaining matches were cancelled. (Source: File Photo)

East Bengal will “surely and soon” follow traditional rivals Mohun Bagan into the Indian Super League, a top official of the legacy club asserted on Saturday as it navigates its way through a few hurdles, primarily financial.

Hours after the merged ATK Mohun Bagan’s first board meeting, passionate fans of the century-old club got excited following Bengaluru FC owner Parth Jindal’s invite to East bengal to join the ISL at the earliest.

“We are going to be there in the ISL for sure, I can say you this much,” one of East Bengal’s most influential executive committee members, Dababrata Sarkar, told PTI from Kolkata.

Jindal had earlier tweeted, “Come on @eastbengalfc come in to the @IndSuperLeague now already – your the only thing missing from the league now.”

The club has been grappling with financial woes following the premature pullout of its former investor Quess Corp, who were its title sponsors for two seasons.

The club is currently in talks with a few investors and, after a final settlement with Quess, is hopeful that it will find takers and make its way into the ISL.

Since last edition I-League winners Mohun Bagan’s merger with reigning ISL champions ATK, all eyes have been on East Bengal to follow suit.