British media reported that Dakey Blind would move for an initial fee of 14.1 million pounds, which could rise to 18.5 million based on performance, a club record for Ajax. 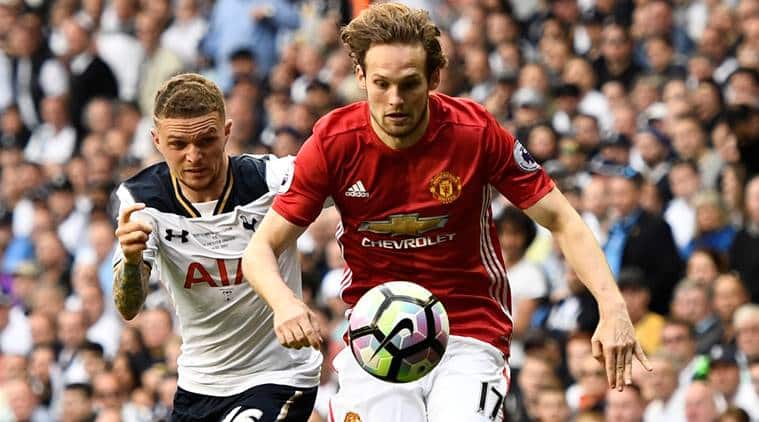 Manchester United have agreed terms with Ajax Amsterdam for Netherlands international Daley Blind to return to the Dutch club, the Premier League team announced on Monday.

The 28-year-old, who came through Ajax’s youth ranks and played over 100 games for the club, joined United in 2014 but has fallen out of favour under manager Jose Mourinho.

British media reported that Blind would move for an initial fee of 14.1 million pounds ($18.66 million), which could rise to 18.5 million based on performance, a club record for Ajax.

The versatile Blind, who can play in several positions at the back and in midfield, joined United for about 14 million pounds after featuring for his country at the 2014 World Cup.

However, he has struggled to hold down a first-team spot at left back against England’s Ashley Young and there has also been a lot of competition for places in central defence.

Blind, who has 54 caps, won the FA Cup in 2016 plus the Europa league and League Cup last year but he missed out on United’s FA Cup final defeat by Chelsea this year.

The Dutchman was entering the final season of his five-year deal at United having made 90 league appearances in four years at Old Trafford, though he only featured seven times last term.

Blind, who played a total of 141 games for United, scoring six goals, was not part of the squad that flew to Los Angeles on Sunday for the pre-season tour of the United States.