Canada-Croatia controversy: ‘I want to thank the Canadian coach for the motivation. Croatia demonstrated who eff’d who’ – Andrej Kramaric

"My wife's coming after you guys. She wishes she got that guy. I've got a bit more of a belly than that. I've been eating too much,” Canadian coach Herdman responds to the naked image mocking. 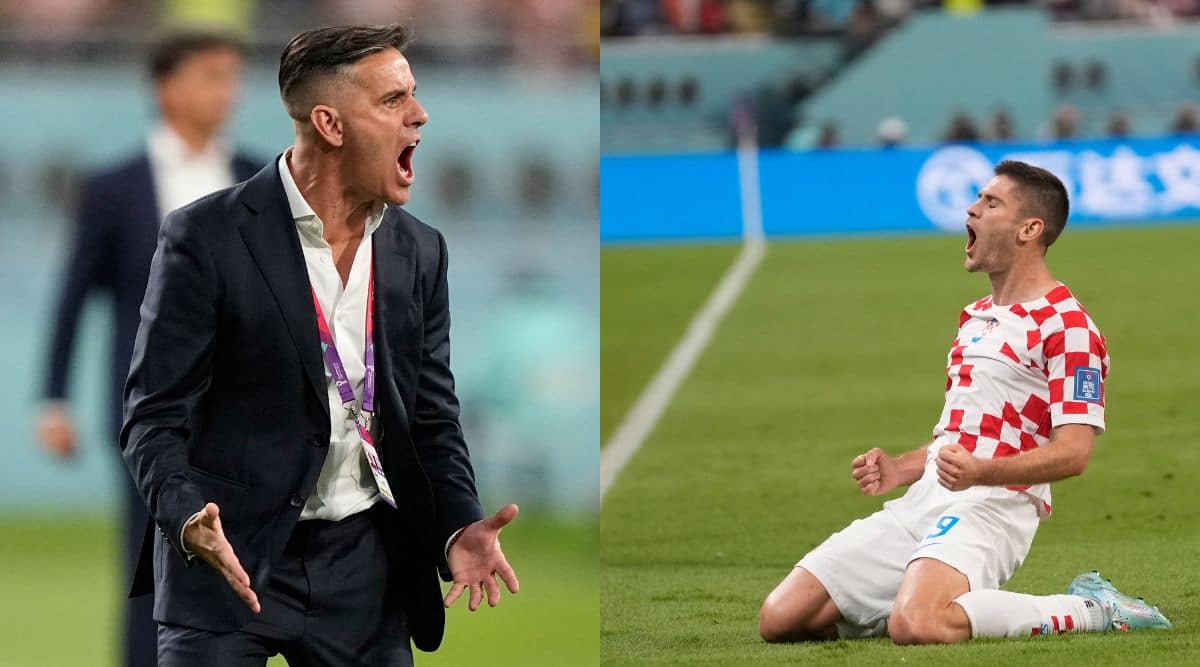 What’s the issue, what did the Canadian coach say?

On an on-field interview, Canada’s coach John Herdman said, “I told them they belong here. And we’re going to go and eff Croatia,” the coach said with a smile, using a single letter F to avoid a televised profanity. “That’s as simple as it gets.” It didn’t stay that simple, though.

How did the Croatian coach react?

He used the word “respect” 13 times in a 90-second answer. “This way of putting words together is not a sign of respect,” he said through a translator. “The way we play, the way we behave and the way we respect all others are the reasons we are worthy of respect.”

Croatia’s winger Ivan Perisic, who was sitting next to his coach, said : “I second the head coach and I cannot wait for the match to begin.”

Croatia’s 24 Sata (24 Hours) tabloid ran a full page picture of a naked Herdman with Maple Leaf flags over his mouth and private parts. And the headline was the clincher :a “You have the mouth, but do you have the b***s as well?”

Croatian tabloids seem quite unforgiving towards Herdman, putting him on the cover despite Dalić's claim that 'Croatia will speak on the pitch'.

"You have the mouth (tongue)", this one says, next to the, well, stripped Herdman. "But do you have the balls as well?" pic.twitter.com/Z7b4Ncdomk

What did Croatia’s players say after they won 4-1?

“I want to thank the Canadian coach for the motivation,” said Andrej Kramaric, who slotted in two goals. “In the end, Croatia demonstrated who eff’d who.”

Zlato Dalic, Croatian coach, too had a go: “I did not see the other head coach after the match. Whether I lose or win I always congratulate the winner. “He [Herdman] was not there and that’s his way of doing things. He’s obviously mad. He’s a good coach, he is a high-quality professional, but it will take some time for him to learn some things.”

What did the Canadian coach Herman say after the game?

“I could have been a little bit more composed coming out of the huddle, but that’s my learning,” Herdman said.

“I’ll take that on the chin. But from a mindset point of view, I think we showed in that first 25 minutes, that little old Canada can compete with the best in the world. I don’t think we gave them an easy night tonight, they might be celebrating now, and that’s great, they deserved it, they scored four goals. But there is a lot of pride in our performance, I thought we had some moments. I think guys like Alphonso Davies, Tajon Buchanan, Atiba Hutchinson, Junior Hoilett, Jonathan Osorio; young lads that were brought up through Canada really showed they could compete together.

Has the Canadian coach reacted to it?

He did, with a sense of humour. “When you get a text from your wife telling me you need to start working out before you get home, yeah, you think you know something’s going on,” Herdman said.

”My wife’s coming after you guys,” he told a reporter of that tabloid with a laugh. “She wishes she got that guy. I’ve got a bit more of a belly than that. I’ve been eating too much.”

Does the Canadian coach have any connection with Croatia?

His son was a member of a Croatian club Dynamo’s youth team for couple of years. Herdman, the coach, has often travelled to the city of Zagreb.

“I traveled to Zagreb for three years for my son, and we waited 36 years for this – I don’t think that we lost unnecessary energy because of that [his remark]. The way we work is important, our mission is important. We’ve waited 36 years to get here, there’s no greater motivation than that. On the other side, Modrić , Kovačić, Brozović are waiting for us … It will be a wonderful match.

“Excellent football is played in Croatia . One higher level, you are tactically great,” Herdman would say.

President of Egypt to be chief guest on Republic Day, says MEA