Tite said in a news conference on June 12 that the Copa America was shifted to his country in a “confusing manner." CONMEBOL named Brazil as host less than two weeks before the tournament kicked off. 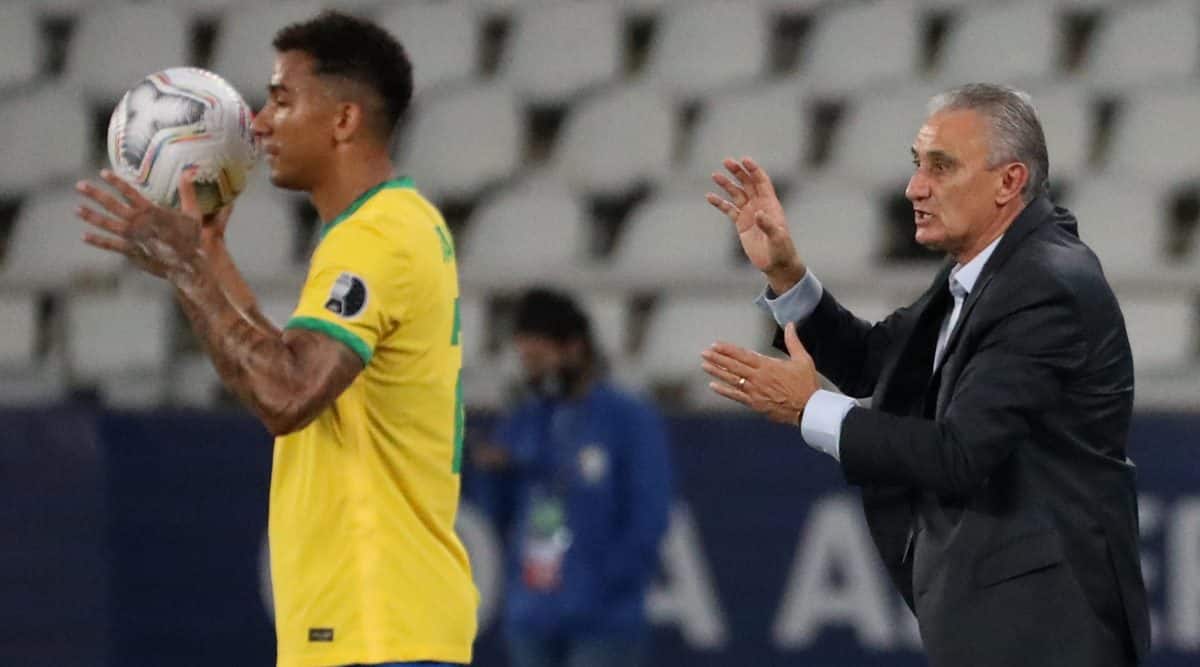 Brazil's Danilo and coach Tite during the match (Reuters)

CONMEBOL fined Brazil coach Tite $5,000 on Thursday for criticizing the organization of the Copa America.

The sanction came less than a week after a Bolivia player was also sanctioned for attacking the tournament, which is taking place amid a growing COVID-19 pandemic in the region after the two original hosts, Colombia and Argentina, were withdrawn.

Tite said in a news conference on June 12 that the Copa America was shifted to his country in a “confusing manner.” CONMEBOL named Brazil as host less than two weeks before the tournament kicked off.

Eduardo Gross Brown, the president of CONMEBOL’s disciplinary commission, added that Tite could suffer new penalties if he criticizes the tournament organizers again.

Tite criticized the organization on Wednesday after Brazil’s last-minute 2-1 victory against Colombia in Rio de Janeiro.

“I am not going to call this pitch horrible, but it is very bad to play soccer, it affects the whole spectacle. Those willing to create just cannot,” he said. “The time to do this (Copa America) was too short. It is unacceptable that players of two teams of high level, who play with a great pitch in Europe, come here to play on a pitch like this.”

Brazil players reportedly threatened to boycott the Copa America until only days before they started their title defense on June 13. They published a letter before the tournament saying they were “against the organization” of the competition, but “will never say no to the national team.” Tite publicly said he and his assistants agreed.

On June 18, CONMEBOL fined Bolivia striker Marcelo Martins $20,000 for blaming the soccer body for the rising COVID-19 cases at the Copa America. Martins was also suspended for one match, which he wouldn’t have played anyway because he was in a quarantine after contracting the virus.

Five out of 10 teams at the Copa America have reported COVID-19 cases: Bolivia, Venezuela, Colombia, Peru and Chile.

Nearly 510,000 people have reportedly died of the disease in Brazil.