Bolsonaro on Tuesday said five governors have agreed to host matches in the South American continental event, which is scheduled to kick off June 13. But Aguero and the international players' union, FIFPRO, are not convinced the tournament should go ahead. 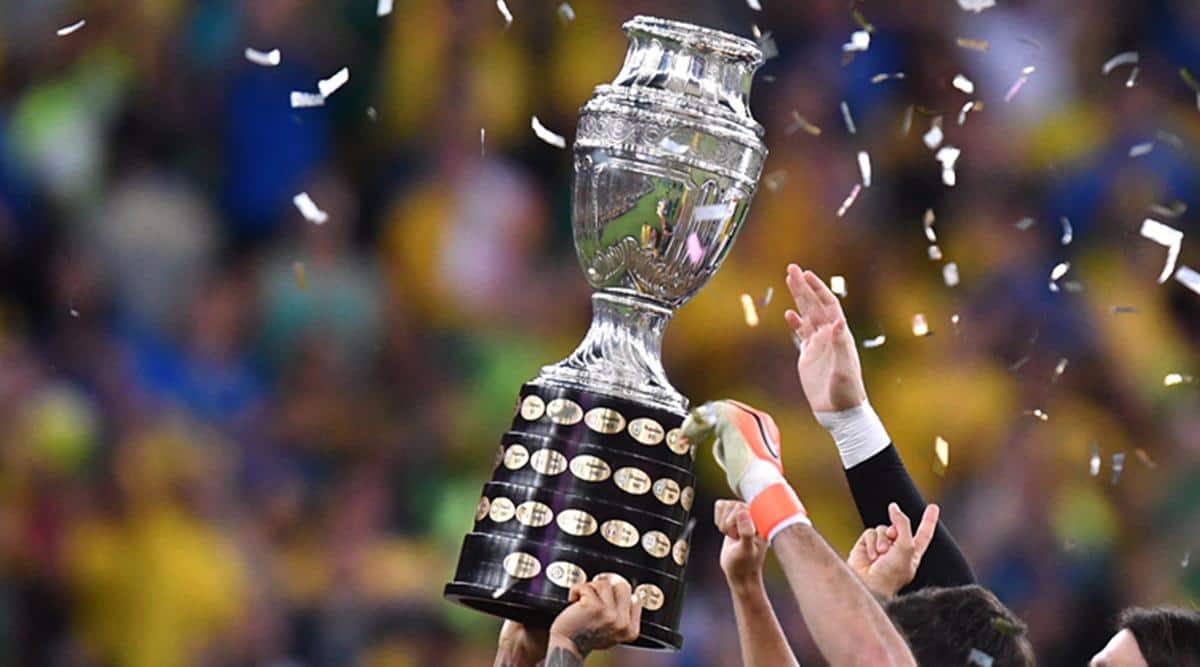 The Copa America was moved to Brazil at the last minute. (File)

Argentina forward Sergio Aguero has cast doubt on holding the Copa America while the coronavirus pandemic rages in the region, just hours after Brazilian President Jair Bolsonaro pushed ahead with late plans to host the tournament.

Bolsonaro on Tuesday said five governors have agreed to host matches in the South American continental event, which is scheduled to kick off June 13. But Aguero and the international players’ union, FIFPRO, are not convinced the tournament should go ahead.

CONMEBOL, which governs South American soccer, chose Brazil as a replacement host on Monday after Argentina was dropped because of the spread of COVID-19 in that country. Colombia was removed as a co-host on May 20 amid street protests against President Ivan Duque.

“It is clear that we are not well here (in Argentina), so that was a correct decision by CONMEBOL. If it is difficult there (Brazil), we cannot play,” Aguero told journalists upon arrival in Buenos Aires.

“We need to have a place we can play. There’s no time, we’ve already lost last year. There was a full year to see where it could be and what could happen, but that changes every month.”

FIFPRO said it has “serious concerns with the process taken to relocate the Copa America” to Brazil.

“Not only is it short notice, but the alternative host is dealing with an alarming number of COVID-19 cases,” FIFPRO said in a statement.

“This decision could have serious implications for the health of the professional footballers, staff and general public.”
The union said it would support any player who decides to withdraw for health and safety reasons from the tournament which has already been delayed by a year.

“As with previous national team competitions during the COVID-19 emergency period, players must be able to prioritize their own and their families’ health without the risk of sanctions.”

Bolsonaro and his administration are also under fire from local lawmakers and health experts for pushing to host the tournament despite Brazil having the second-highest death toll from COVID-19.

More than 463,000 people have died of COVID-19 in Brazil, second only to the United States. Analysts expect another wave of the disease to hit the country by late June. Many hospitals have more than 80% of their intensive-care units occupied by infected people.

Thousands protested against Bolsonaro on the streets of more than 80 cities on Saturday.

CONMEBOL said the June 13-July 10 Copa America in Brazil will be played under the previous format.

The Brazilian soccer confederation did not respond a request for comment from The Associated Press.
South American teams are already training for the tournament and some World Cup qualifying matches are scheduled for this week.

Lawmakers and political parties say they will take Bolsonaro’s decision to host the tournament to court. Some are also stepping up the pressure in a Senate inquiry on the president’s handling of the pandemic.

Sen. Renan Calheiros made an appeal to Brazil striker Neymar at Tuesday’s meeting.

“You need to score some goals so this scoreboard can be changed.” Less than 11% of Brazil’s population has been fully vaccinated, according to Our World in Data, an online research site.

The chairman of the inquiry, Sen. Omar Aziz, agreed Brazil should not host Copa America. The country organized the tournament in 2019 and its national team won the title.

“If Brazil wins this, what will it change for us?” Azis said.

“We have nothing to celebrate, we have much to be sorry for.” Sen. Eduardo Girao, a close Bolsonaro ally, was one of the few to defend the decision.

“There is a big politicization of the tournament,” Girao said.

“We should celebrate Copa America coming here again. It is not a random tournament.”