On November 2, Mumbai City named DafaNews as their sponsors for the season. Four days later, ATK Mohun Bagan declared SBOTOP.net as their principal sponsor in a two-year deal. 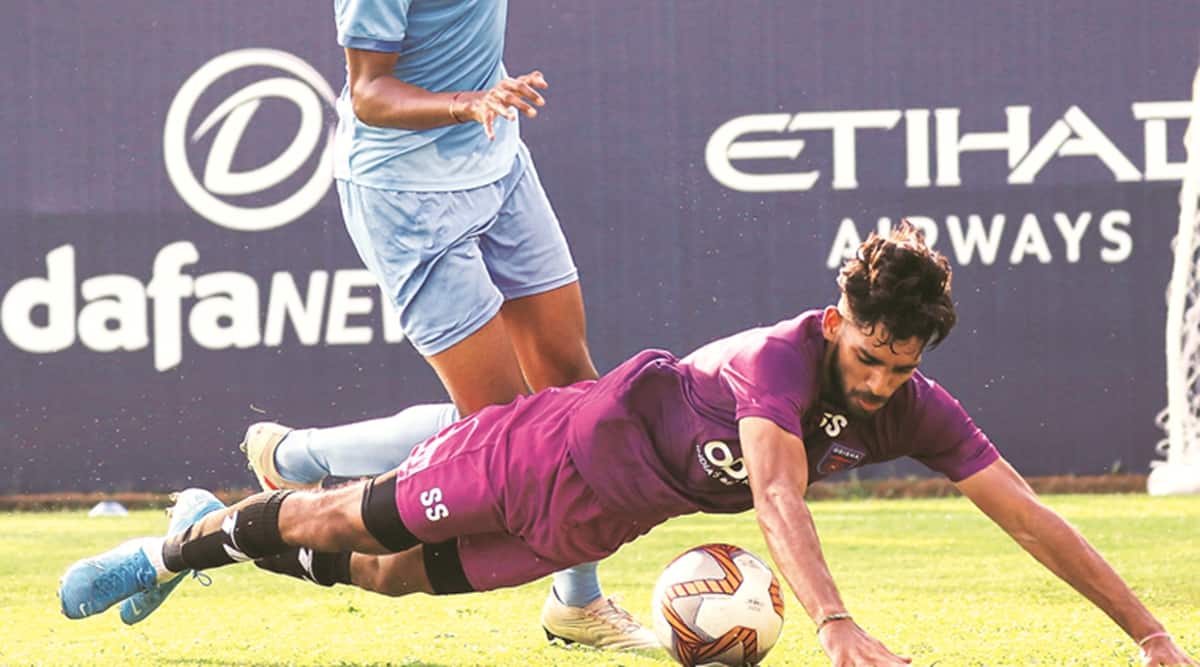 When the new season of Indian Super League (ISL) kicks off November 20, ATK Mohun Bagan and Mumbai City will showcase the names of two different sports websites on their players’ jerseys as their principal sponsors. But both the websites have another common link: they are backed by online betting companies.

On November 2, Mumbai named DafaNews as their sponsors for the season, which will be held in Goa in a bio-secure bubble. Four days later, ATK Mohun Bagan declared SBOTOP.net as their principal sponsor in a two-year deal.

DafaNews is an offshoot of Philippines-based Dafabet, which calls itself “Asia’s leading online betting site and home to some of the best gaming products on the web that includes sports betting”. On the website are multiple links to Dafabet, with “welcome bonus”, “jackpots” and free credits in rupees offered to prospective bettors.

SBOTOP.net offers betting tips and predictions for a range of sports, including cricket and football. It also has multiple news and announcements related to SBOTOP, an online betting brand that is a part of Isle of Man-based Celton Manx Group.

As per their deals, Mumbai City — part of a global chain of clubs under the City Football Group — and ATK Mohun Bagan will wear their respective sponsor’s logos on training and match-day kits as well as on the playgrounds.

Gambling and betting are prohibited under Indian law but the issue of online gambling remains a grey area and is yet to be adjudicated by the courts.

When asked whether the deal provides a surrogate route for the sponsor to promote the online betting brand, ATK Mohun Bagan said in a statement: “SBOTOP.net is the sponsor and they are a sports news portal (like DafaNews), covering various sports in India and worldwide.”

Mumbai City said on Monday: “Mumbai City’s partnership with DafaNews is fully compliant with all regulations and we are looking forward to working with our new partner in this unique season ahead of us.”

DafaNews did not respond to queries from The Indian Express seeking comment. SBOTOP.net officials could not be reached for comments.

On October 27, Andhra Pradesh Chief Minister Jagan Mohan Reddy wrote to the Union Minister of Law, Electronics, Information Technology and Communications, Ravi Shankar Prasad, saying the state had made online gaming, online betting and online gambling a cognizable offence. Dafabet, the parent company of DafaNews, is one of the 132 websites banned by the state.

SBOTOP recently named West Indies cricketer Dwayne Bravo as its brand ambassador. In its announcement, also published on SBOTOP.net, the company claimed to be a “global online betting platform that strives to give its customers the best eGaming experience with its comprehensive suite of products ranging from Sports, Live Casino and Slot games available on both desktop and mobile”.

An Expert Explains: How to read Covid-19 serosurveys