The stands remain empty, but the club says thousands of faces will continue to flicker across the three giant screens — the world’s first ‘virtual grandstand’. 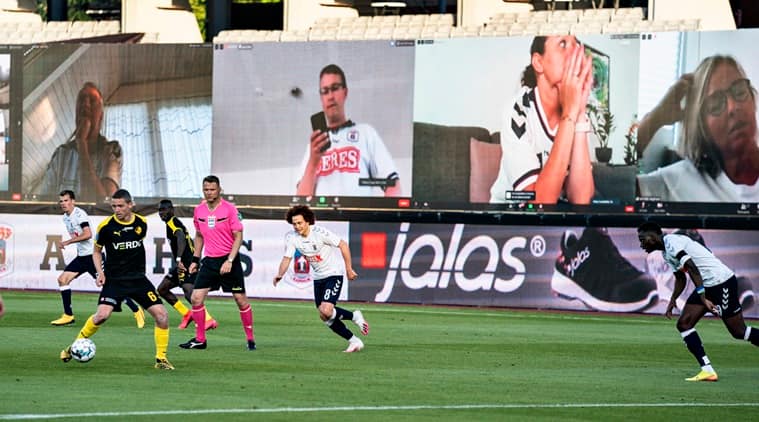 On Thursday, Denmark one-upped neighbours Germany as the Superliga returned to action in front of thousands of live fans. A large videoconference at AGF Aarhus’s stadium meant that the footballers had a gameday atmosphere, and the spectators had a Zoom with a view.

And when the hosts scored a 92nd-minute equaliser against opponents Randers FC, Ceres Park rang with cheers. The stands remain empty, but the club says thousands of faces will continue to flicker across the three giant screens — the world’s first ‘virtual grandstand’.

“I imagine you also have been getting used to video meetings, working from home and using Zoom technology?” laughs AGF’s head of media, Soren Carlsen. “We tried to use that technology to create a community around the game for our fans who are our family. It was a great success and we look forward to continuing it this Monday.”

Earlier this month, Germany restarted its league and clubs countered the empty arenas with cutouts, mannequins and piped-in noise. Leagues and broadcasters worldwide are also trying out innovations to replicate the fan experience in the pandemic age. AGF’s cheer-from-home model is a viable stop-gap solution. It was inspired by numerous brainstorming sessions among club officials over Zoom once the suspension began, and a Danish TV show which saw citizens join a famous artist for a singalong performance.

Over the next few weeks, the club installed the three-piece video board – which stands over 9 feet tall and 131 feet wide – and got in touch with the California-based Zoom company. While a single Zoom meeting couldn’t accommodate 10,000 participants, 556 meetings comprising 18 users each did the trick. Multiple rooms also helped break down the attendance into smaller chunks, and supporters signed up to be in their preferred “stand”. Two smaller screens were installed for away and neutral fans and those interested could pick up the ‘tickets’ for the Zoom link and a spot on the board.

Spectators watch the action on Zoom during the first match after the novel coronavirus shutdown (Source: Reuters)

“There were 10,000 links, but the number of viewers was a lot more because people attended the match in groups,” says Carlsen.

The tickets however were free of charge.

“We didn’t think it was right to charge our fans. It’s not their fault that they can’t come to the game. There were some costs for the big screen and other technical stuff, and we put in a lot of hours. We had a lot of extra people working on the project. But we would like to put that investment into our fans.”

The board, that ran along one side of the field, could fit 200 fans’ faces at once. Fifty moderators toggled between different faces to display on the screen, and also had to remain vigilant to any rude gatecrashers.

“That was also one of the conditions from the Zoom guys. It’s an American company, so they needed that we have some very strict protocols. I’m proud to say we only had two people who were kicked out,” says Carlsen, adding: “They were showing some parts of the body you’re not supposed to show.”

Cut out for fans

Cardboard figures sit in the seats as spectators watch via Zoom during the first match after the novel coronavirus shutdown (Source: Reuters)

“You should still do the cardboard thing. Two days before the game, we held an event where fans came and decorated the stadium. It was a nice afternoon. The families got a break, the children were drawing on these cardboards. But it is a small visual effect that has no bearing on the game. They can’t cheer.”

Sound was of utmost importance — “people at the back office tasked us to create some sort of an atmosphere and the team and manager didn’t want to feel like they played in an empty stadium” — but it was also the most challenging to control. Multiple users increased the risk of incoherent noise, and the club encouraged chants and songs in unison.

“We found a solution where we had pre-recorded sounds from our fans from earlier games, and we were able to mix that up with the sound, the noise and the chants from Zoom,” says Carlsen. “I talked to some of the players after the game and they said it was a good idea.”

The broadcast cameras across the field captured the faces brimming with joy, not just happy to be watching live football but also to catch up with fellow stadium-regulars.

“I have to say, it was pretty moving to watch the fans at home, especially when we scored the late equaliser. I saw a couple who kissed each other, children cheering with their mom and dads. It was like we had an intimate connection.”

The event has drawn universal praise. Fans who were sceptical sent out congratulatory messages to the club. The TV station was happy with the refreshing telecast. And Carlsen’s phone hasn’t stopped ringing.

“We have talked to big clubs from all over Europe. Norway, England, France, Germany. Also, people from the United States who want to recreate this. All we say is ‘go ahead, try it. Use big screens alongside the pitch, not just the screens at your stadiums’.”

The club has one more piece of advice.

“Make sure you have an event where you engage the fans. In our experience, the fans are missing football, but they are also missing the community and the camaraderie that is around football.” 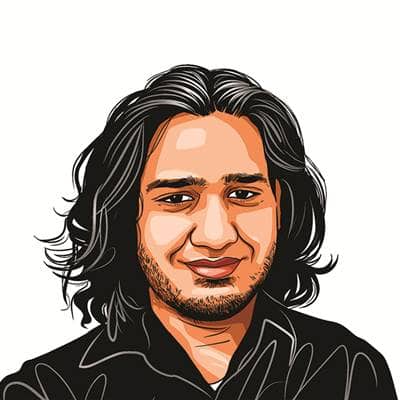