Siraj’s picture from the stands went viral on social media.

Persistent rain continued to disrupt the world test championship final between India and New Zealand as no play was possible before lunch on Monday.

New Zealand was somewhat comfortably placed at 101/2 after fast bowler Kyle Jamiesen’s 5/31 dismissed India for 217 in the first innings on the third day of the rain-affected inaugural WTC final.

Update: Play on Day 4 abandoned due to rain. We thank our fans who turned up and kept the tempo high. See you again, tomorrow.🙌 #TeamIndia #WTC21 pic.twitter.com/0OpqZ0hGd5

The first day was completely washed out while only 64.4 overs could be bowled on the second day.

With little action on the field, fans indulged in a lot of social media activity. Mohammed Siraj, who is on the bench for the game, went viral after his picture with a walkie-talkie emerged online. Siraj was seen talking on a walkie-talkie. (Screengrab)

Elsewhere, Rohit Sharma’s better half, Ritika Sajdeh, did a bit of leg-pulling as she shared a picture of her husband on Instagram and captioned it: “Trying to watch the game or spy on us.”. 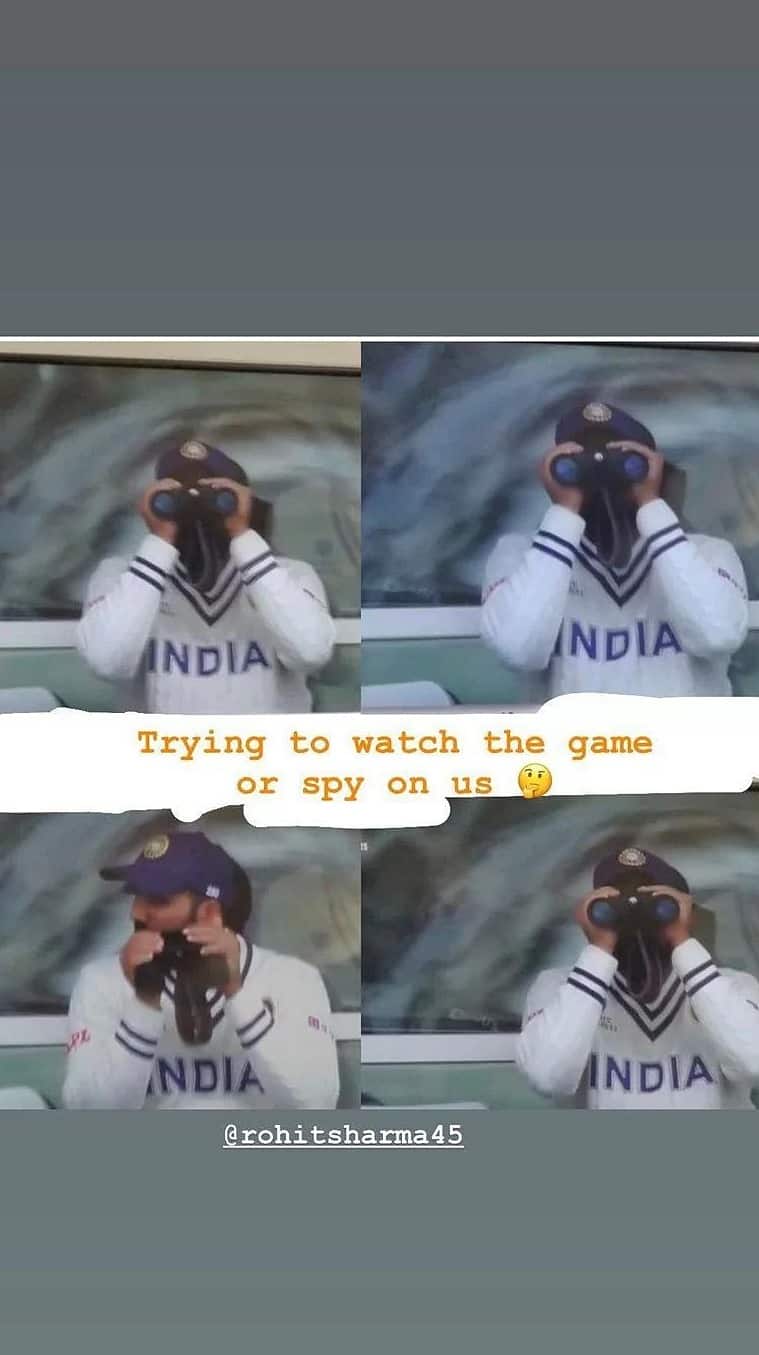 Meanwhile, it play was called off on day four at the Ageas Bowl. There is the provision of a reserve day. If the outcome is a draw, the trophy will be shared.