India's openers fell in quick succession after a positive start to leave them vulnerable at 62 for 2, but Virat Kohli held them together with a wonderfully composed unbeaten 44. 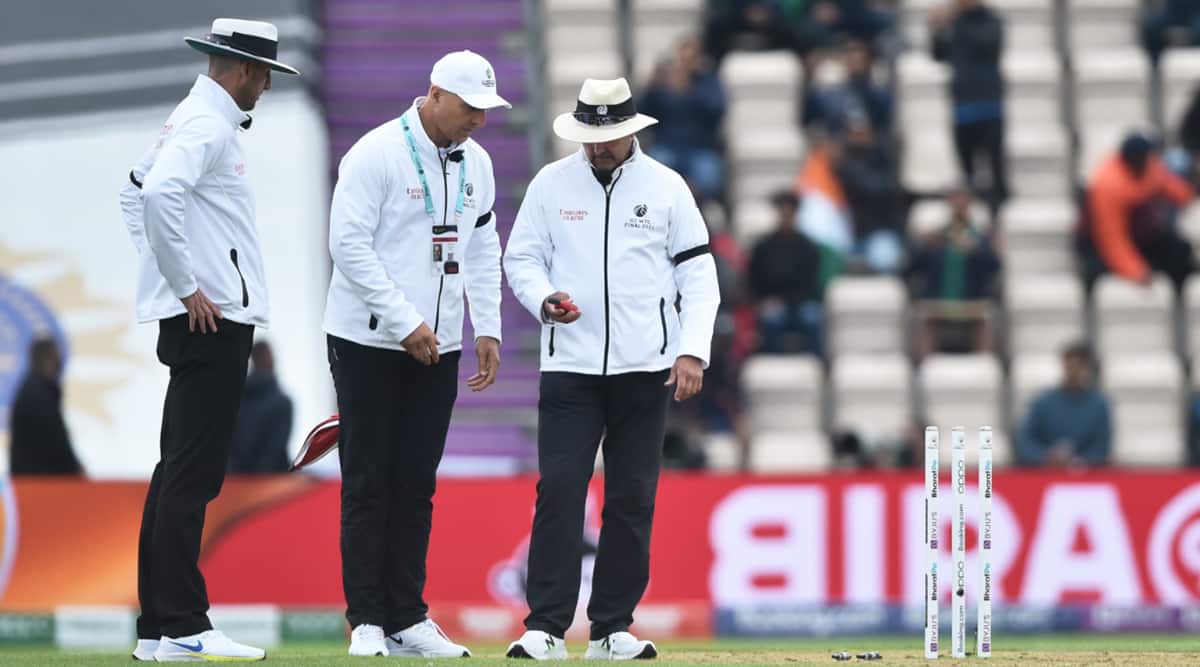 What’s the impact of Virat Kohli and Ravi Shastri on this Indian team? Their fans throw up the intangibles of attitude and ambition, even the neutrals would point out fitness, but interestingly the World Championship final threw up an interesting batting template: Like Kohli who did it on the advice of Shastri in 2018, nearly everyone stood well outside the crease, even moving further down the track, and tackled a good-quality New Zealand attack in helpful conditions impressively.

In the past, especially before that epic series against Australia where the infamous 36 all-out forced them, some of the others have been understandably tentative to overhaul their batting approaches. Things have changed, since.

It wasn’t just the 62 runs they added but the assuredness of Rohit Sharma and Shubman Gill for 20 overs that would have eased the Indian camp. The opening bursts from Tim Southee and Trent Boult could have been better – the lengths were short or too full and the lines weren’t asphyxiating enough. But the Indian openers made their jobs tougher by moving forward often.

Still, it could have turned worse for India as the openers fell in quick succession to leave them vulnerable at 62 for 2, but Kohli held them together with a wonderfully composed unbeaten 44 that raises hopes not just for this final but for the series against England to follow. Everything was precise: his footwork, his hands, his intent as he blunted the increasingly confident bowling attack. Ajinkya Rahane too prospered under his guidance, reaching unbeaten 29 as India got to 146 for 3 at stumps after bad light curtailed play.

Last time in England, in ’18, Kohli was more side-on at stance and kept shuffling towards off stump. Here, he was a bit opened-up and focused on getting forward rather than sideways. And playing the ball under his gaze. Just for a brief session post-tea, he was a bit loose, pushing at Southee but a break in play due to bad light helped him get his act together again. Before Kohli, it was Sharma who stood out.

Of late, Sharma 2.0 has got to be the opener with perhaps the best technique in the world. The bat glides down straight, the still head almost freezes over the ball during impact, and the left leg rarely ever wanders across. It used to do in the past. 2019 is a good time as any to pin down as the year when the new and improved version set in for good. That year’s IPL had thrown up a couple of abstinences. The ceasing of the left-foot wander. And importantly, the ceasing of the flick shots to balls on the middle and at times even the middle and leg. He started to push it to wide mid-on or left of midwicket at best; rarely ever square. That front leg and head was the key behind it. Like in Southampton, now.

There was one delivery early in the piece – a squirted edge in fact- that highlighted it. It was the fifth over, he was on 7 from 18 balls, when Tim Southee got a full outswinger to curve away late and from the middle and leg line. The older version would have instinctively flicked and found himself in hot water. Not this one. He held his shape, held the bat-face straight and full, and patted it. The ball was still good enough to take the edge, but his solidity meant it just rolled away harmlessly. That signalled Sharma’s intent, technique, and the task ahead for New Zealand. Unfortunately for them, they didn’t use the new ball, the opening spells, all that well. They didn’t exactly spray it around, but the lengths were either short or too full and line not consistently probing enough to take out Sharma. Nor Shubman Gill.

The length to bowl at Gill is to draw him forward as it doesn’t come naturally to him. Things started to change once the tall Kyle Jamieson and the left-arm slugger Neil Wagner came on along with the probing dibbler Colin Grandhomme, the one with the retro hairstyle. Things started to change; Sharma lost his balance for the first time really; that front leg went across without getting close to the ball and the hands kept going away as he hung his bat out to dry to a full outswinger from Jamieson. And Tim Southee, a superb slip catcher, pouched a great lunging low catch to his right at third slip. And when Wagner angled one away from that in-between length, Gill, who had copped a sharp blow on his helmet grill by a lifter from Jamieson, pushed out at it and edged it behind.

It could have tilted towards New Zealand at that juncture, but Kohli soaked up the pressure and played a perfect hand to wear them down.