That Sehwag-Srikkanth brand of batting freedom is quickly disappearing. Freedom's old mate uncertainty has proved to be its biggest foe. For the number-obsessed dressing room, inconsistency is synonymous with incompetence. 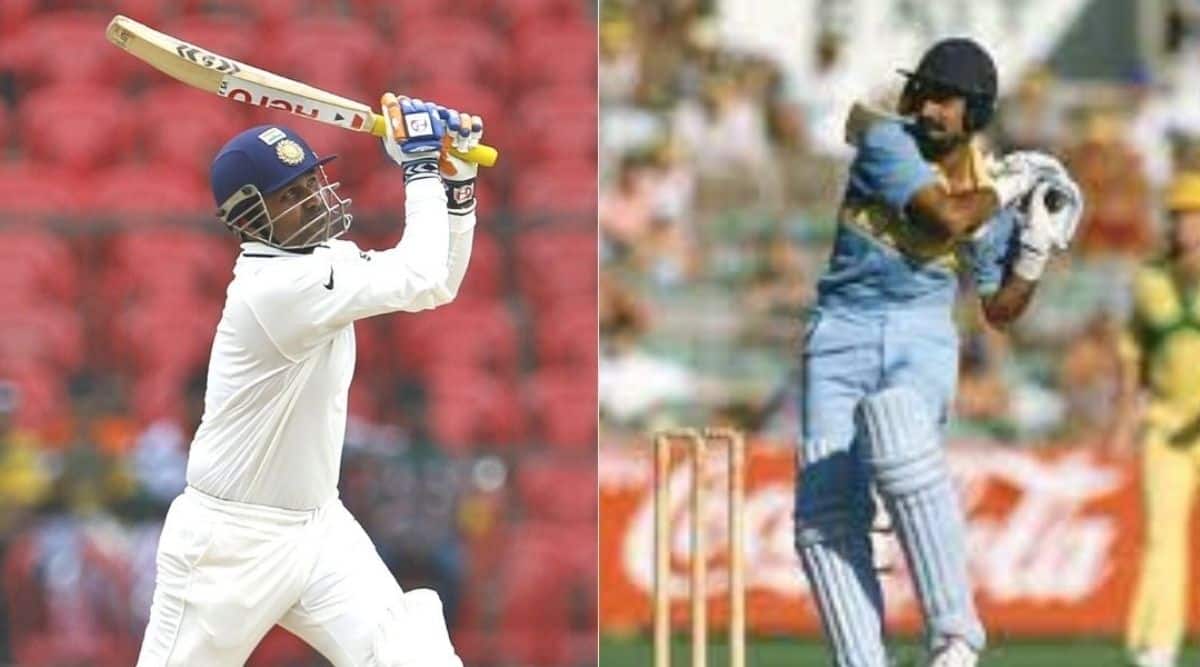 In the modern game, among Indians, only Virender Sehwag and Krishnamachari Srikkanth had it in them to ignite a sense of urgency among the ticket-holders to reach their seats. (FILE)

This Indian team doesn’t have the kind of opener that makes fans subconsciously break into a run at the first sight of the stadium on match days. The power to control the minds and strides of those headed to turnstiles isn’t always with cricketing gods or batting superstars. Such gifts are bestowed on the People’s Players, the game’s entertainers, the darling of the terraces.

India’s present-day No.1 and 2 – KL Rahul and Rohit Sharma – have an army of fans who will walk miles to see them bat. But they still don’t have the pull to make them sprint the home stretch. In the modern game, among Indians, only Virender Sehwag and Krishnamachari Srikkanth had it in them to ignite a sense of urgency among the ticket-holders to reach their seats.

It was the intent of these free-flowing strokeplayers to dominate the game from the very first ball they face, the high probability of these risk takers getting out early and the fear of missing the audacious first salvo that triggered this said pre-toss frenzy around the turf. Since the time Sehwag retired, India hasn’t seen many spectacular lift-offs.

Prithvi Shaw in the past and Ishan Kishan now have been presented with Sehwag’s shoes but they have looked like kids trying daddy’s footwear. Not cute but insufficient and sloppy.

Sehwag is a tough act to follow but players of his skill and batting approach are priceless in the T20 era. With Chris Gayle retiring, international cricket is devoid of batsmen who have that deceptively amateurish air about them. It was the simplicity of their batting philosophy that made Sehwag and Srikkanth succeed against the best in the world.

Sehwag was open to change, he trusted the computers but wasn’t a slave to them. All through his career, he banked on picking clues from the bowler’s hand and processed these early inputs to middle the ball. His famous hand-eye coordination was the neural engine that completed his batting circuitry. It was his most reliable software. His one quote from a memorable interview to me still brings a smile. “Players, generally, watch their videos to find out their mistakes. I was watching my videos just to enjoy my boundaries.”

Cut-throat competition and the high-stakes game of franchise cricket scuttled the natural attacking approach of many daredevil batsmen. A minor blip in form brings with it caution, self-doubts, insecurity and, in some cases, snide remarks by the heavily-invested and low on patience IPL owners. Anxiety sees them lean on the easily available algorithm-based solutions and not instincts.

That Sehwag-Srikkanth brand of batting freedom is quickly disappearing. Freedom’s old mate uncertainty has proved to be its biggest foe. For the number-obsessed dressing room, inconsistency is synonymous with incompetence.

After the early T20 World Cup exit, Virat Kohli said his team wasn’t brave. Not that he led by example and personified courage but he did have a point. Watch Rishabh Pant closely. He isn’t what he used to be. Expectations and captaincy have sobered him down. He too takes his time to settle down. One thought, like Adam Gilchrist, he could be a “see-ball-hit-ball” opener. For that role he is a bit slow and way too low in the batting order.

The find of this last IPL, the KKR opener, Venkatesh Iyer, is said to be Indian cricket’s big hope. The man who changed Kolkata’s fortunes up the order, is seen as a lower-order finisher, an all-rounder like Hardik Pandya, when in India blues. On his debut, he didn’t finish the game and was done in by a reverse sweep, a shot that isn’t to the liking of his coach.

With Rahul and Rohit as openers, India is solid at the top but it isn’t spectacular. The two are consistent but they don’t run away with the match. They score briskly but don’t really utilise the first power play, that time of the match when a Sehwag or a Gayle blow away the opposition out of the game. Shouldn’t Iyer be opening as India can benefit from his youthful exuberance?

Rohit and Rahul have an army of fans who will walk miles to see them bat. (Agencies)

Abhishek Purohit in his piece talks about the importance of breaking down the strike-rate of a player to decide his utility and role in the team. Rohit in his first game as captain hit the ground running but still, India needs to find an opener who would hit the ground sprinting.

And in case data-obsessed analysts don’t agree, throw at them this trivia: India has had three most important white ball triumphs in their history, of which Sehwag opened in two and Srikkanth in one.

Keep reading and send your feedback.