Virat Kohli remained unbeaten on 49 in the 2nd T20I of the series against South Africa. 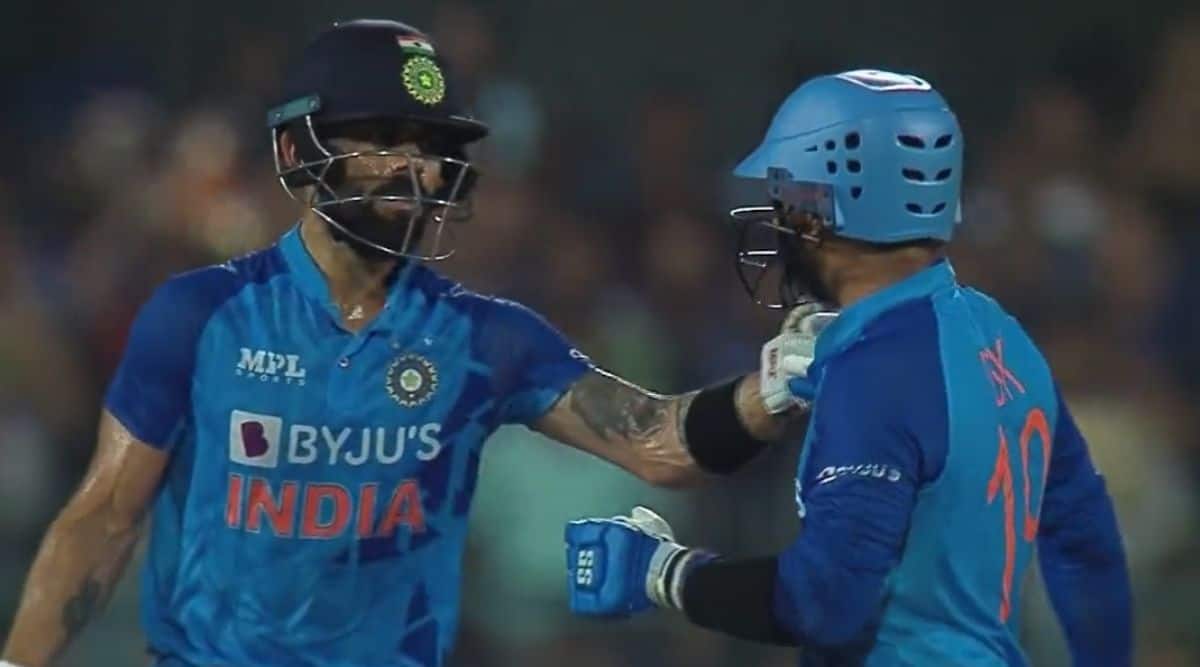 In the final over India’s innings, there was a special moment between Virat Kohli and Dinesh Karthik. The former India captain, who was stuck on 49 at one end while wicketkeeper-batter Dinesh Karthik was taking on Kagiso Rabada.

In the first four ball, Karthik smashed one four and one six and then walked down to Virat Kohli to have a chat, but the former India captain asked him to keep the strike and finish the innings strongly. Karthik acknowledged Virat’s advice and launched a six over deep extra cover. Karthik took 18 runs from Rabada’s last over.

In addition to the run fest, a special moment as we sign off from Guwahati. ☺️#TeamIndia | #INDvSA | @imVkohli | @DineshKarthik pic.twitter.com/SwNGX57Qkc

Prior to this match, Dinesh Karthik had got only a handful of deliveries to face, and team India captain Rohit Sharma had said before the South Africa series that the team management wanted to give Karthik more game time.

Dinesh Karthik’s 7-ball 17 not out helped India to put on a massive total of 237 runs. India defeated South Africa by 16 runs to win the three-match series with an unassailable 2-0 lead.

India won the first T20 by eight wickets on Wednesday.

The third T20 will be played in Indore on Tuesday in both sides’ final T20 warmups before the World Cup gets underway in Australia later this month.