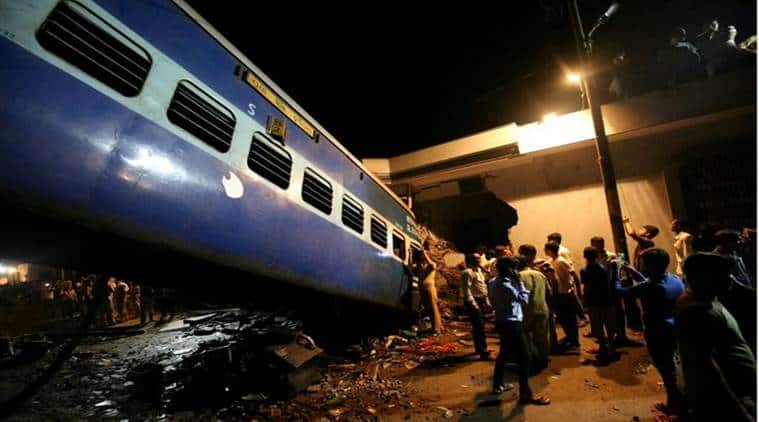 Within a span of four days, two trains have derailed on India’s massive railway network which has claimed lives of over 20 people and left over a hundred passengers injured. Following these accidents, former cricketers have called for some accountability from the government and the ministers over the hapless response to the crisis.

One of the best opening batsmen India produced, Virender Sehwag wrote on his Twitter account, “Being on time was difficult enough,now trains struggling even to be on track.No accountability.Wish human lives valued more,”. While Mohammed Kaif condemned the lives lost with the cavalier attitude, “2 train derailments within a week.There has to be an accountability.”Chalta hai” attitude isappointing.Innocent lives lost,” he wrote.

In the aftermath of the two derailments, Railway Board chairman AK Mital tendered his resignation. It is still unclear whether it has been accepted by Railways Minister Suresh Prabhu or not.

2 train derailments within a week.There has to be an accountability.”Chalta hai” attitude disappointing.Innocent lives lost#KaifiyatExpress

Another train accident…👎
Bullet trains are a dream, Train Accidents-a reality.
Hopefully our trains will be safer soon… 🚂

Another day, another railway accident. Is there anything called Rail Safety now? My thoughts are prayers are with the injured passengers.

Another derailment within a short span. Can this not be prevented with proper measures? Hope the injured recover soon. #KaifiyatExpress

In the last five years in India, 53 per cent of the 586 accidents were because of train derailments. The worst accident happened in November, 2016, when 150 passengers died after the Indore-Patna Express derailed.