Here’s how Virat Kohli worked his way to fitness

From high-altitude masks to now a TechnoShape, Virat Kohli is taking his workouts to a different level.

The demands of cricket have moved beyond the skills with the bat and ball. In an ever changing scenario, fitness levels have become a key component in a team’s structure. Improved fitness has had a direct impact on the team’s level of fielding, and the same can be said for this Indian unit.

The current set-up boasts of plenty of safe catchers, swift movers and accurate throwers. Not to forget M S Dhoni’s glovework behind the stumps. The likes of Suresh Raina, Ravindra Jadeja, Ajinkya Rahane and Hardika Pandya not only give the bowlers a cushion in the shorter formats, but also cover up for the comparatively slower legs of Ashish Nehra and Ravichandran Ashwin. Not to forget Virat Kohli.

India’s Test captain is leading from the front, even in the shorter formats. He’s in the face of the opposition while attacking from the 30-yard circle and covers ground at electric pace while guarding the boundary ropes.

Kohli’s transformation into a supremely fit cricketer and fielder is because of his improved fitness and his ‘work ethics’ – something which has attracted praise from all quarters. “Woh (Kohli) kuch khata he nahi hai. Kya fitness hai uska (He does not eat all what. What fitness he has) ,” quipped Sarfaraz Khan when asked about his time with Virat Kohli-led RCB in the IPL.

Sarfaraz is not the first, and definitely not the last one, to comment on Kohli’s dedication towards fitness. Starting as a typical chubby Delhi teenager, Kohli has transformed into one of the finest athletes in the world. A chiseled body, strengthened core and just enough muscles to clear the biggest grounds at will, yes at will.

Very recently, during the tour of Australia, the Delhi dasher showed off his just-perfect physique in a topless selfie. Soon after returning home from the limited-overs tour, Kohli hit the gym and engaged in some lifting.

Apart from the usual lifting methods, Kohli has added plenty of technology in his workouts. The first was high-altitude mask, the TechnoShape followed. 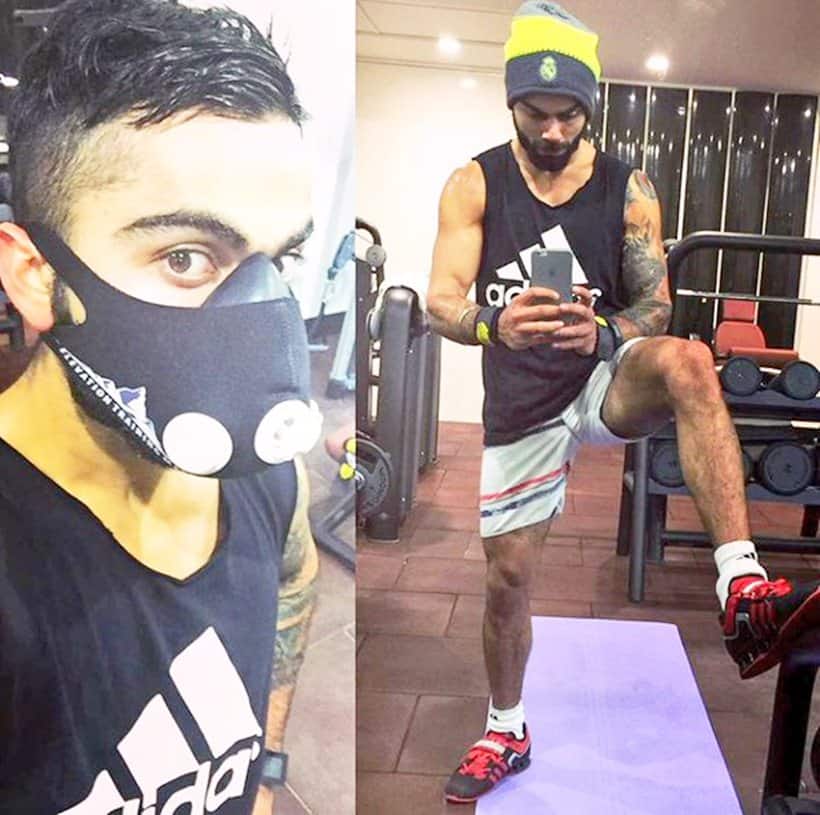 The high-altitude mask or elevation mask not only makes the workout efficient, but also conditions the lungs and makes them work harder. When lungs work harder, the stamina and energy levels improve.

On Thursday, Kohli received the Technoshaper. This apparatus works around the midriff, boosting fat loss, resulting in slimmer waist and firmer skin. Not to forget improved well being. It is ideal for sportsmen and women who are looking to define their abdominals. 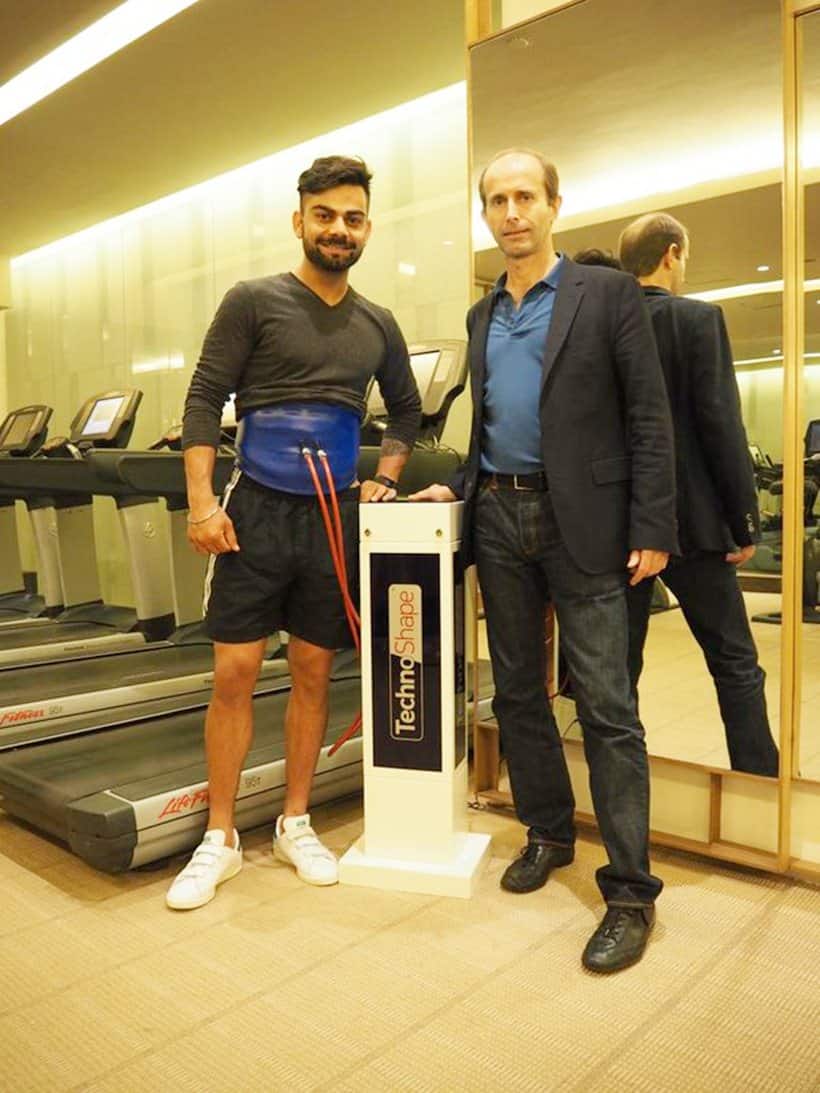 Kohli’s love for fitness didn’t start with the Indian team. It was after a poor season in the IPL that the Delhi dasher got a reality check and completely changed his lifestyle. He now eats and sleeps well, and repeats the same with perfection.

In the domestic circuit, Delhi’s teams play this unique version of volleyball where they have to cross the net — generally chairs — using their feet. It is a typical loosening exercise but Kohli’s intensity, even during this fun game, made him stand out. After one of those sessions, during the Ranji Trophy in 2012, Kohli hit the ground running, taking laps and occasional sprints before returning short of breath and full of sweat. His state teammates were busy hogging the post-game pasta but the then youngster meant business, even after he was out cheaply for 14 and his skills with the bat didn’t matter on a foggy evening.