Ganguly is a strong advocate of day/night Tests, with audiences for the long-form shrinking rapidly. However, the new BCCI president will not impose it on the team and the feedback from Kohli and the team management will be given due weightage.

India could be playing a pink-ball, day/night Test, when they host Bangladesh for a two-match series next month. The Indian Express has learnt that the matter was on the agenda, as BCCI president Sourav Ganguly had a meeting with India captain Virat Kohli on Thursday. Ganguly will discuss it with the other BCCI office-bearers and the apex council members as well.

Ganguly is a strong advocate of day/night Tests, with audiences for the long-form shrinking rapidly. However, the new BCCI president will not impose it on the team and the feedback from Kohli and the team management will be given due weightage.

The first Test against Bangladesh would be played at Indore from November 14, while Kolkata play host to the second Test from November 22. This paper understands that at the moment there’s a fifty-fifty chance that one of those matches could be a day/night affair. 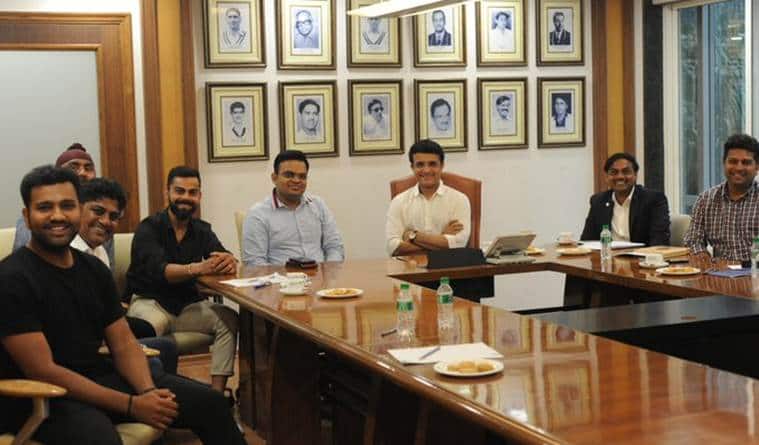 The Indian team management has had its reservation about day/night Tests. Last year, when West Indies came here, then BCCI acting secretary Amitabh Choudhary wanted the first Test at Rajkot to be a day/night game. The Committee of Administrators (CoA) vetoed it, as according to them, players were reluctant. India also refused to play a pink-ball Test in Adelaide. However, after taking charge of the Cricket Association of Bengal (CAB), Ganguly had brought in pink-ball matches in local cricket. “Let’s see. Before talking to the team management, this needs the approval of the BCCI members. But I always believe that’s the way forward in Test cricket. Games are being played before empty stands,” the BCCI president had said last week.

There’s a school of thought, though, that the SG pink ball might not be up to the mark. The ball didn’t receive a positive feedback from the domestic players, when it was used in the Duleep Trophy. Then again, the BCCI general manager, cricket operations Saba Karim has always maintained that the cricket board works closely with the manufacturer so that there’s a constant improvement of the cricket ball.