‘I am the nail in the coffin’: Veda Krishnamurthy on staying true to her natural game

Veda Krishnamurthy speaks about the differences between the captaincy styles of Mithali Raj and Harmanpreet Kaur, and how she has evolved into a senior player while still staying true to her natural game over the last decade. 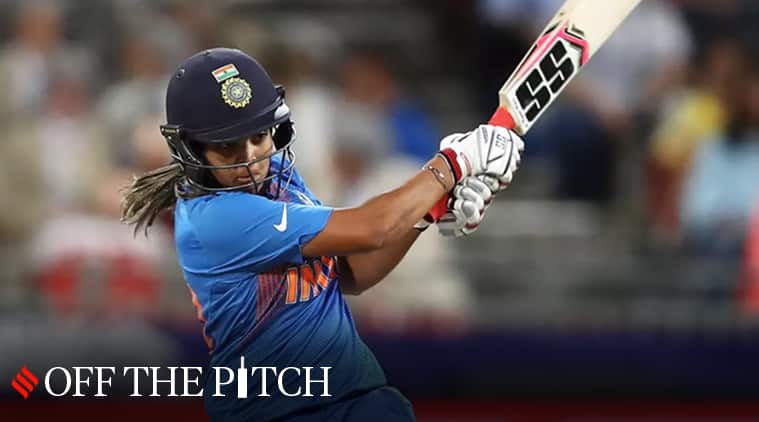 Veda Krishnamurthy, the middle order match-winner for the Indian women’s cricket team, said her aggressive nature has often gone against her but her natural game is such that she can put the ‘nail in the opposition’s coffin’ on days when her cameos do come off.

Speaking on Indian Express Facebook Live, Krishnamurthy said, “My aggressive nature has definitely gone against me sometimes in my career. The higher the reward associated with risk, higher is the chance of missing out.”

“But I like to stick to my natural game. If it comes off, it will flip the match in such a way that the opponents cannot come back. Sometimes because of me, things have gone wrong for the team, but that’s cricket. I am the nail in the coffin, either for my team or the other team, depends on how that day turns out,” she added.

Since making her debut in 2011, Krishnamurthy has been a cog in the Indian middle order, but she has also often found herself out of the team after strings of single-digit scores. “I don’t regret any of the rash shots I played. Regrets don’t work,” she clarified.

As recently as in the T20I World Cup earlier this year, she scored a 11-ball 20 vs Bangladesh, which was later termed by skipper Harmanpreet Kaur as the turning point of the match, as the team broke their jinx against their subcontinental neighbours.

On how Krishnamurthy has evolved into a senior player from the time when she scored a 50 on debut as an 18-year-old, taking everyone by surprise with her batting flair and her fearless fielding, she said: “The biggest mistake of my cricket career was that I thought I was the greatest player when I was 18. I thought I was bigger than the game, that nobody could be better than me.

“It was only in 2014/15 when things started to fall in place for me. I realized cricket is bigger than anyone. This is true for life as well. You need to have gratitude, appreciation for what you have.”

Mithali or Harmanpreet – the role model

Speaking on the differences between the captaincy styles of Mithali Raj and Harmanpreet Kaur, two people with whom she has played over the last decade, Krishnamurthy said: “Mithali is very calm on the field. You discuss your plans beforehand, you are told what your role is, if you are not able to execute your role, she discusses it in the team meeting later.

“Harmanpreet is a more on-field captain. She is more aggressive, she is always telling you what to do. Both are very good in their own ways and are doing a fantastic job in the different formats right now.”

On who she considers her role model, Krishnamurthy picked ODI skipper Mithali. “Mithali scored a 200 in a two-day match when I had just started playing for Karnataka. I was struck by how effortlessly she scored her runs. When I first batted with her, I called up a friend and told her, ‘Do you know who I batted with today?’ That’s the kind of influence she had on us. I have learnt a lot in the 8-9 years I have spent with her,” she said.

“Mithali is very professional. We all try to learn from her how she manages to compartmentalize things, does one thing at a time. She has mastered the art of concentration. She is always carrying her kindle around with her,” she added.

The Indian team has progressed by leaps since Krishnamurthy made her debut, with several young cricketers like Shafali Verma and Jemimah Rodrigues having taken on the reputation of being the team’s fearless batsmen.

On how she has seen women’s cricket evolve, Krishnamurthy said, “I have seen women’s cricket take baby steps every year. When I made my debut, it was no big deal. Now when someone makes a debut, it’s a big thing. People know their names and faces. The womens’ team’s following took a leap after the 2017 World Cup.”

Favourite batting partners: Mithali, Harmanpreet. Shafali Verma among the new batsmen. (“Easy for a player when batting with Shafali, just have to take singles and let her do the scoring.”)

Funniest cricketer: Jemimah Rodrigues. (“Sometimes she goes overboard though. But she gets very serious before going out to bat.”)

Best dancer: Me hands down, Jemi is no competition