West Indies U-19 were the talking point of Sunday's final but here's a look at the moments which stood out during the day's play. 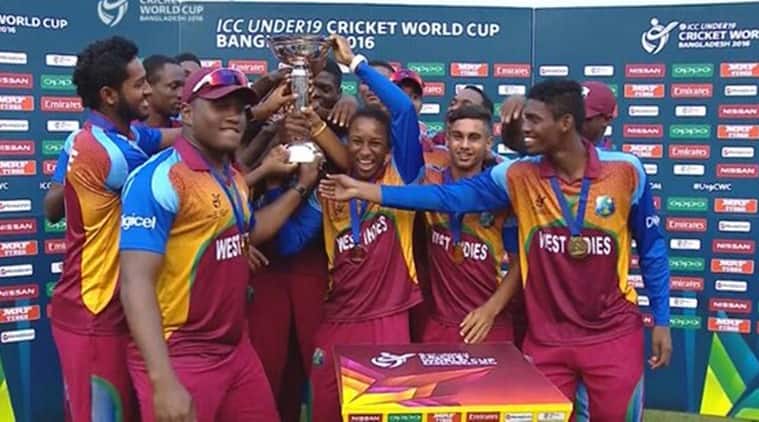 West Indies U19 lifted their maiden title at Mirpur on Sunday. (Source: ICC)

Playing their fifth U-19 World Cup final, India were the overwhelming favourites to beat West Indies. The Indian side hadn’t been perturbed the entire tournament but when it came to the crunch match, the Rahul Dravid-coached side fell apart to lose by 5 wickets to a much more spirited and hungry West Indies side. Ironically, this is akin to the senior West Indies side losing the 1983 World Cup to the then minnows India.

Lively strip: On a green track favouring pace and bounce, West Indies’ tall quickies were always going to be tough to play. And that turned out to be the case on Sunday. Anmolpreet Singh’s dismissal was an epitome of that. Alzarri Joseph had just removed Risabh Pant – mostly with the presence of mind shown by stumper Tevin Imlach – and was breathing fire. Straying just outside off-stump, Anmolpreet offered a shot but because of the bounce and the pace in the pitch, the ball took an edge back to Imlach.

Calm Sarfaraz: He once again played a calm and composed inning. Scoring his fifth fifty of the tournament in 83 balls, he boosted any chance that India could have to somehow keep West Indies at bay. Barring one poor shot early on in his 51-run inning, comprising of five fours and one six, he was flawless. In the end, with wickets falling at the opposite end, Sarafarz tried to up the tempo in the 39th over but faltered to Ryan John getting caught lbw.

Butter fingers: As the saying goes, ‘catches win matches’, on Sunday it became evidently clear. West Indies match their intensity with the ball to the quickness in the field. First it was the removal of Pant by Imlach and later it was Armaan Jaafer’s catch by Keemo Paul in the covers region. There were few instances where West Indies misfielded but that’s small price to pay for keeping the pressure alive. In contrast, India didn’t hit the wickets while fielding and there were a few catches dropped too – most importantly by Avesh Khan in the latter stages of the innings.

Spin twins: Chasing 146 runs in a 50-over match wasn’t going to be tough. But West Indies made it tricky with cheap shots and then Mayank Dagar took three wickets to trigger some panic in the opposition dressing room. When Dagar had come on, India had no hope. But by the time he was done with his allowed 10 overs, India had a fighting chance to snatch the game away from the opposition – much like how India had beaten South Africa in the 2008 U-19 World Cup final. Mahipal Lomror complimented well from the other end with his left-arm spin.

The last stand: Where the intensity helped in bowling, the patience took West Indies over the line with the batting. Tottering at 77/5 after 29 overs, the game was in the balance. But Paul and Keacy Carty played calmly to put together 69 runs for the sixth wicket to take the Caribbeaners over the line.