Where do you live in Melbourne? At Kohli Crescents, Tendulkar Drive, Inzamam Street

Why did living in 18, Kohli Crescents get its Indian resident in trouble with his friends? Story about a Melbourne suburbs whose streets are named after cricketers. 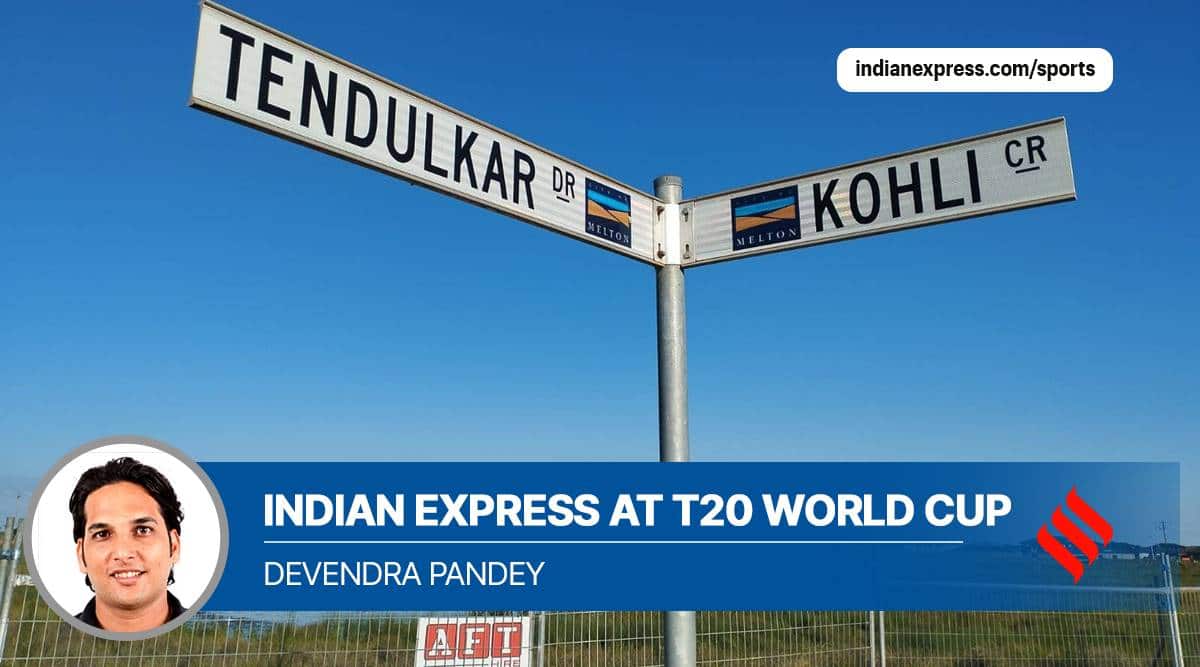 The names of streets here are usually submitted by developers. (Express Photo)

“When someone asks me where I live in Australia, I proudly give my address. Everyone is surprised,” says S Jagat, an IT professional with roots in Kerala. After all, the suburban street where he lives is called Kohli Crescent, named after Virat Kohli.

More surprises are paved in the neighbouring streets of Rockbank, a suburb of Melbourne. About 600 metres from Kohli Crescent is a street called Tendulkar Drive. All the streets in this neighborhood have been named after top international cricketers, including M S Dhoni, Kapil Dev, V V S Laxman, Inzamam-ul-Haq, Curtly Ambrose, Imran Khan, Gary Sobers and Joel Garner.

The names of streets here are usually submitted by developers and approved by the city council, provided they meet the guidelines laid down by the local Office of Geographic Names. Unsurprisingly, the Rockbank suburb, which falls under Melton Council, is popular with homebuyers from the Indian community.

“When we got the land, we didn’t know that our address would be 18, Kohli Crescent,” said Jagat. “One day, my friend from India sent news clippings asking me whether I knew this new place where the streets were named after cricketers. I said I live there,” he recalled.

With his address matching Kohli’s jersey number (18), Jagat said his friends would blame him for the cricketer’s poor form earlier. “Initially, when I moved here, he wasn’t scoring runs. My friend used to blame me, saying that it was because of me. Now, as he has begun to score, I walk with my collars high,” he said. His office supervisor, said Jagat, wanted him to tag his address to Kohli’s social media account.

Just next to Tendulkar Drive is the street named after Inzamam-ul-Haq. So what happens when India plays Pakistan? There is bitter rivalry in the neighborhood too. When India defeated Pakistan in their T20 inaugural game in Melbourne, the Kohli-Tendulkar street saw firecrackers on Sunday night. 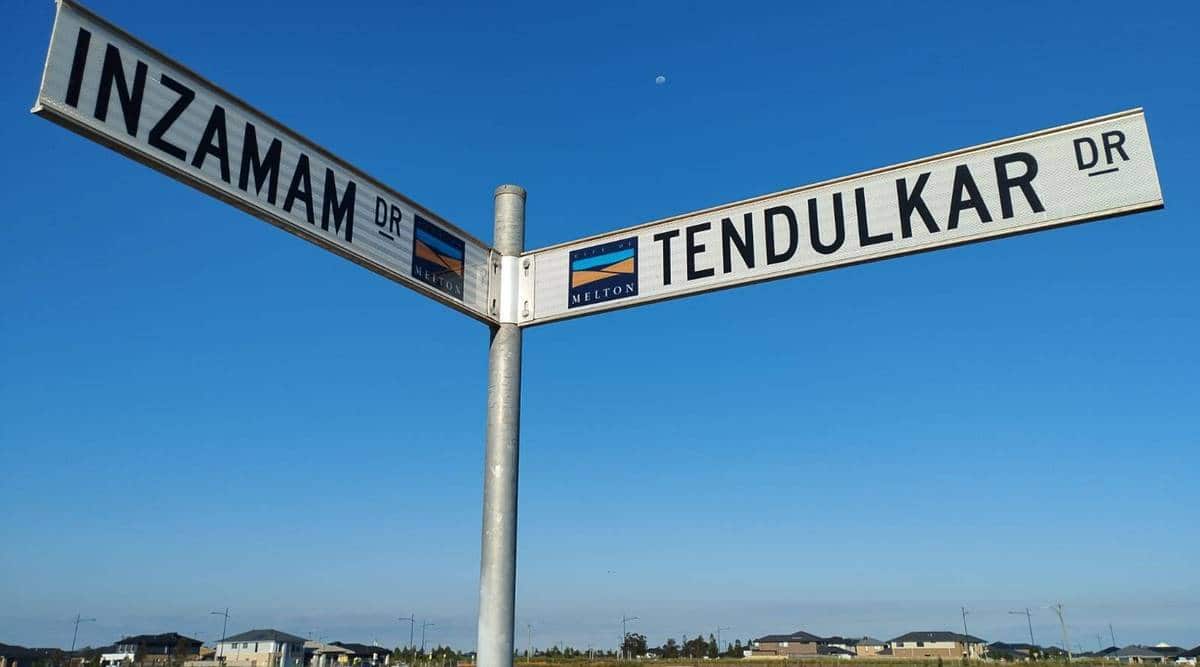 Next to Tendulkar Drive is the street named after Inzamam-ul-Haq. (Express Photo)

“After reaching home we burst firecrackers. We don’t know what happened on Inzamam street, maybe they are scared of us,” said Jagat, with a laugh.

Sai Krishna, a chartered accountant from Hyderabad, said Glenn McGrath came to inaugurate the street named after him. “It’s an upcoming suburb in Melbourne. McGrath had come for the inauguration,” he said. Some residents hoped that like McGrath, the Indian cricketers too would visit the streets named after them. Glenn McGrath came to inaugurate the street named after him. (Express Photo)

“I wanted 10, Tendulkar (after the cricketer’s jersey number), but I couldn’t get it. Whosoever has got it is surely lucky,” said Krishna, with a tinge of disappointment. According to residents, a family from Bangladesh is the proud owner of 10, Tendulkar Drive. And the quietest street in the neighbourhood is the one named after VVS Laxman. The quietest street in the neighbourhood is the one named after VVS Laxman. (Express Photo)

As for the cost, a four-bedroom house on Tendulkar Drive is priced at AUD 6,90,000 or about Rs 3.65 crore, including a deposit of about AUD 1,40,000 or about Rs 74 lakh. “One of Melbourne’s newest neighborhoods where a village lifestyle awaits and community bonds flourish, yet you are only 30 minutes from the city,” says an advertisement of the area.

Meanwhile, the greatest batsman of all, Don Bradman, doesn’t have a street here. Apparently, the council didn’t clear it as there is already a street named after him in the neighbouring suburb of Melton.