Wanidu Hasaranga joins the likes of Kagiso Rabada and Taijul Islam to take a hat-trick on ODI debut. His 3/15 also helped Sri Lanka bundle out Zimbabwe for 155 runs in the second ODI at Galle. The 19-year old is also the fifth Sri Lankan bowler to take a hat-trick. 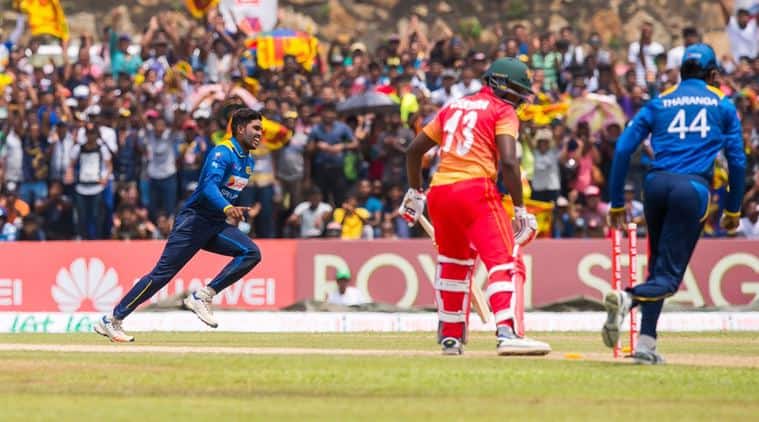 Wanidu Hasaranga becomes the only third bowler to take a hat-trick on debut, joining the likes of South Africa’s Kagiso Rabada and Bangladesh’s Taijul Islam. The 19-year old, who is now the youngest to reach the milestone is also the fifth Sri Lanka bowler to do so in an International match. Chaminda Vaas, Lasith Malinga, Farveez Maharoof, Thisara Perera are the other Sri Lanka bowlers to take a hat-trick in the 50-overs format.

The legbreak bowler first bowled Malcolm Waller followed by a leg-before of Donald Tiripano. Meanwhile, he claimed his third by knocking off Tendai Chatara’s bails as the Zimbabwe side was bundled out for mere 155 runs.

Earlier, Rabada held the record of the youngest bowler to do so when he dismissed Tamim Iqbal, Litton Das and Mahmudullah in the first ODI on July 10 at the Shere Bangla Stadium. His figures of 6/16 are the best by a debutant ever.

While Taijul had achieved the feat against the same opponent in the fifth ODI on December 1 in 2014. His bowling figures of 4/11 had helped Bangladesh win the series 5-0.