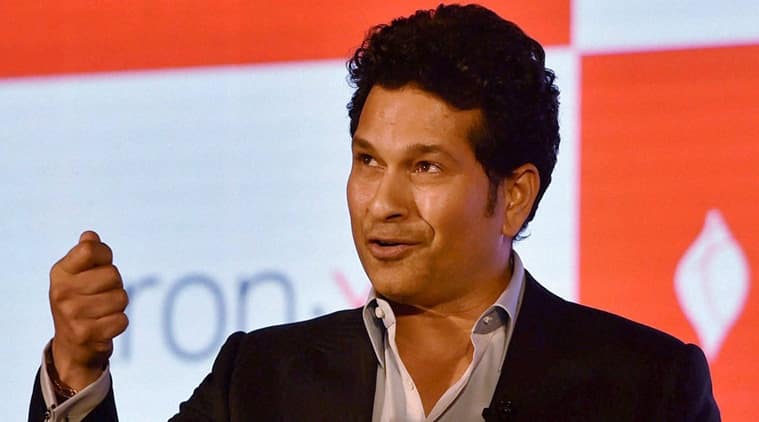 Sachin Tendulkar was also impressed with the style of play dished out by the Indian team, saying the brand of cricket produced by Virat Kohli and his men in the four-Test series was “magnificent.” (File Photo)

Cricket icon Sachin Tendulkar Wednesday singled out ‘Run Machine’ Cheteshwar Pujara for his stellar show in India’s historic maiden Test series win in Australia. Tendulkar was also impressed with the style of play dished out by the Indian team, saying the brand of cricket produced by Virat Kohli and his men in the four-Test series was “magnificent.”

India registered its first-ever Test series triumph in Australia since the country’s first visit way back in 1947-48, winning matches at Adelaide and Melbourne while losing at Perth before the rain-marred last Test at Sydney was drawn. “Fantastic. The team has done really well. The brand of cricket that India has been able to produce Down Under has been magnificent,” said Tendulkar here at the launch of “Keep Moving” initiative by IDBI Federal Life Insurance here.

Pujara scored 521 runs in the series with three centuries and one half-century with 193 as his highest score and Tendulkar pin-pointed that Pujara was outstanding in the series.

“I find it difficult to pinpoint one moment, but I think Pujara has been really outstanding. The number of statements made on Pujara, which ideally weren’t in his favour, kind of undermined (diminished) his contribution. Along with (Pujara), (we) cannot ignore the bowlers’ contribution. The bowlers have (also) done exceedingly well. But somewhere Pujara has been instrumental in laying that solid foundation (standing) on which there were a number of guys who went out and got runs. Virat (Kohli) scored runs in the second Test. Ajinkya (Rahane) had that crucial partnership (in the series). Then Rishabh (Pant), (Ravindra) Jadeja – all these guys have done well. Mayank (Agarwal) got off to a good start. But (still) if I have to pin-point one guy then Pujara stands out along with the fast bowlers,” said Tendulkar.

He also hoped that the Test series victory in Australia, the first ever in 71 years, would inspire the younger generation.

“I think results like these are really important. I still remember (that) when I was 10 years old, I didn’t know much about cricket. But I knew that India had won the World Cup (in 1983) and that’s where my journey started. Hopefully, there are many journeys which have started already. You need these kinds of results to inspire them and make them believe that you can go out and deliver your best and get laurels to our nation. That is exactly what the team has done Down Under,” he emphasised.

Legendary Sachin Tendulkar wants Ranji Trophy and other domestic matches to be played on “challenging tracks” which will test a batsman’s ability and also raised the “standard” of competition. “Domestic cricket of course, I feel if we could keep more challenging wickets for batters, it would help the standard of playing. We have had a number of opinions on this but I have always felt that (if) you play on good, difficult tracks, your standard of playing automatically goes up,” Tendulkar said during a promotional event.

However Tendulkar made it clear that “challenging tracks” by no means should be under-prepared where the bowler just comes and takes wickets. “That is what I would encourage the (custodians of) our domestic cricket to do — to keep surfaces which are challenging for the batters but that does not mean the bowler should just come and roll their arm over (to get wickets). For bowlers also, to be able to control their seam or spin, it is a skill and (it) should not happen on its own (with aid of surface),” he added.

Recently former Australian leg-spinner Kerry O’Keefe had made fun of India’s domestic cricket but Tendulkar said that no one should be bothered by what outsiders have to say.

“I am really not concerned about what XYZ in Australia or in England or in South Africa says. They have got nothing to do with Indian cricket and I don’t think we comment on Australian cricket or (for that matter) any other cricket (ing) (nation) in the world. Let us stick to our domain and have opinions related to our country. It is as simple as that,” he said.

IPL has made the transition from domestic to international cricket easier for the young Indian players, feels the icon. “IPL, I think, has had a tremendous contribution, in building character. When you start sharing the dressing room with the leading international cricketers in the world and you spend time together for two months… earlier, when we were playing…. if I had to play Glenn McGrath, I saw him after every four years in Australia.

“But now, when you have someone sitting in the same dressing room and practising with you for 60 days, you know exactly what to expect from that guy and it works other way round as well,” Tendulkar said at a promotional event. This year, the 12th edition of the IPL will be held in India and will begin from March 23, though the detailed schedule is yet to be announced by the BCCI.

“Its given exposure to our youngsters, to believe that they can compete against anyone in the world. I think, we are in that fortunate position to go out and dominate world cricket,” added the legendary batsman.

According to Tendulkar, who played in the IPL for Mumbai Indians, if a player does well in the tournament, then everyone recognises him. “I have said this before, about 3-4 years ago when all the captains were felicitated in Kanpur, I said that we have the right balance of senior cricketers, someone who are around for four-five years and new faces like Kuldeep (Yadav) and (Jasprit) Bumrah and there are some other incredibly talented guys.

“The latest talent I would say would be Prithvi (Shaw). Mayank (Agarwal) has done well. We have the right balance but overall I feel you do well in the IPL, everyone takes notice. Those guys may have done really well in Ranji Trophy or (in the) Duleep Trophy but the rest of the world does not know about it.”