Ruturaj’s transformation: From back-bencher to leading light who hits seven sixes in one over None of Gaikwad’s sixes were hit with power, instead they were all just lofted over the boundary rope, relying on timing. (BCCI Domestic/Twitter)

Whenever Ruturaj Gaikwad dons the Chennai Super Kings jersey, he likes spending time with Mike Hussey. For a player who calls himself an introvert and has a very close circle of friends, it isn’t surprising to see him use Hussey as a sounding board. Gaikwad liked the way Hussey played – technique as well as gameplan.

Over the seasons as Gaikwad transformed from a back-bencher to an Orange Cap-winning opener with the Super Kings, the bonding has strengthened. There are similarities between the two. On Monday, Gaikwad scored his personal best, an unbeaten 220 in Maharashtra’s quarterfinal win over Uttar Pradesh in the Vijay Hazare Trophy at the Narendra Modi Stadium in Gujarat.

And en route as he hit seven sixes in an over off left-arm spinner Shiva Singh, there were shades of Hussey taking down Pakistan’s Saeed Ajmal in the World T20 semifinal in the Caribbean in 2010.

None of Gaikwad’s sixes were hit with power, instead they were all just lofted over the boundary rope, relying on timing.

Sit back and relive his magnificent striking display 🔽https://t.co/1SoeAdY6QG

Gaikwad’s explosive hitting took place in the 49th over of Maharashtra’s innings when he took the attack to the left-arm spinner to plunder 43 runs in the over. The over consisted of seven deliveries, as one of them was a no-ball. Each one of them was sent over the rope. It now is the Indian List A record, going past the 35 runs conceded in an over by Hyderabad’s DB Ravi Teja in 2009-10, while bowling to Kerala’s Raiphi Gomes. There has only been one other instance of a bowler conceding 43 runs in an over, when Central Districts’ Willem Ludjck was taken to the cleaners by Northern Districts’ batsmen in New Zealand.

And not one of Gaikwad’s shots was cross-batted. They were hit between mid-off and mid-wicket, as suggested in the coaching manual. There was no anger from being left out of India’s white-ball tours. There were no fist- pumps at the end or any space for curses.

There was just a smile and a hug to his partner at the other end.

Now, Gaikwad hasn’t had to wait as long as Hussey to be picked for the national side. The left-handed Australian waited nearly a decade since his First-Class debut to even get an ODI cap. Gaikwad has already received his T20I and ODI caps and even a Test cap remains a definite possibility when one factors in the transition that is in store from a year from now.

“Score karna padega, Saar (have to score, sir),” Mohan Jadhav, Gaikwad’s personal coach says. “Consistency has always been his strength since age-group cricket. If you take 10 innings, he will perform well in 6-7 innings. The only consistency he needs now is a handful of games when he makes it to the national team. Not one match here or there. Players need to be picked consistently and that is how they will perform. There is no use complaining or feeling sad about not getting a chance. Every match is an opportunity to score, only the level varies. And if you get desperate, there’s a chance of you going further away from it. And the boy is humble and doesn’t complicate,” Jadhav says.

Ruturaj Gaikwad did what now!! 🤯🤯 pic.twitter.com/eL2cmjwRad

Among his Maharashtra teammates, they are beginning to see a different Gaikwad this season. Be it deciding their practice schedule or gameplan, the 25-year-old is the one planning everything, so much so that some players see him even doubling up as a coach sometimes.

Instead of regular practice sessions, keeping in mind the early start to the matches, Gaikwad changed the timings. Morning sessions would start at 7 am with warm-ups before match simulations from 8.30 am which will run for three hours. An hour-and-a-half-long break will follow before the usual net sessions commence. It is an aspect that players have started to like.

“He has become our everything,” Azim Kazi, Maharashtra’s all-rounder says. “We are getting to learn new things. He has changed the total set-up and how we prepare ourselves. We are together as a team even in the hotel. For instance, he has left his hotel room open at all times and we can go and seek his help for anything. If a player is struggling, he is the first one to point it out off the field and say how to rectify it. What is more impressive is his gameplan and how he has identified a role for everyone and uses us judiciously,” Kazi adds.

This trait of Gaikwad is what has made those at Chennai Super Kings to rate him highly. There are whispers in the Super Kings camp after Ravindra Jadeja’s unsuccessful stint as captain last season that MS Dhoni is grooming Gaikwad as the heir apparent.

And among Maharashtra players’, there is a certain degree of conviction that these days they get to see plenty of Dhoni traits in how Gaikwad operates. Be it remaining calm under pressure or putting across the message silently or backing players who are struggling, there are players who will walk over fire if Gaikwad asks them to. During their group phase which was played in Ranchi, Gaikwad even visited Dhoni on multiple occasions along with Mukesh Choudary and Kedar Jadhav. The former India captain even met the entire team during their stay in his hometown.

“Actually when Dhoni bhai was speaking, it literally felt like it was Gaikwad. The things he said, was similar to what Rutu has been telling us. Since he has been part of CSK, he has been able to interact with Dhoni bhai and he is passing to us, but for sure there a few similarities. We all have read and heard how Dhoni bhai operates the team and that is what Gaikwad has been doing here,” Kazi adds.

Congress leader among 2 booked over cash seizure of Rs 74.80 lakh 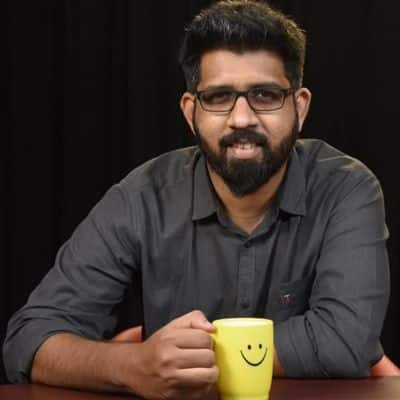