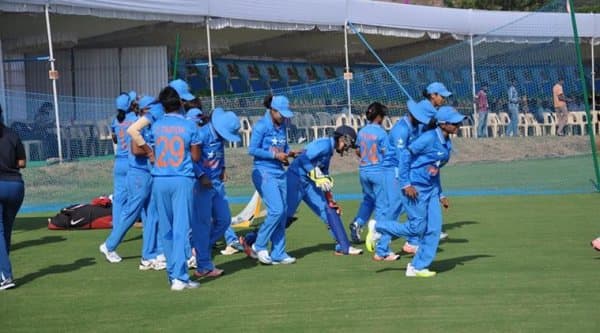 The Indian eves also smashed 358 in one match which is the highest total for India so far and the tenth-highest in women’s ODIs.

During the ongoing quadrangular series between India, South Africa, Ireland and Zimbabwe there have been multiple records broken. However, what is interesting is the number of records broken by the Indian women’s team who have performed brilliantly. Most notable among them was the milestone achieved by  Indian pacer Jhulan Goswami who became the leading wicket-taker in Women’s One-Day Internationals. En route to this achievement, she went past Australian Cathryn Fitzpatrick record of 180 wickets.

Goswami achieved this feat while playing her 153rd ODI match in the South Africa when she dismissed batsman Raisibe Ntozakhe.

Among the other records Indian women’s team recorded 16 successive victories between February 2016 and May 2017, equalling the second longest-winning streak in Women’s ODIs.

Deepti Sharma recorded the highest score by an Indian when she notched up 188 against Ireland.

She also hit 27 fours in that innings which is another world record.

Another Indian who features on this list is Mithali Raj who hit  5 consecutive half-centuries  and equalled the record by Australia’s Clark, Karen Rolton, Lisa Keightley and Ellyse Perry, England’s Edwards, and New Zealand’s Amy Satterthwaite

Furthermore, she recorded 100 ODIs as captain and is the third player to do so.

Meanwhile, the  Indian eves also smashed 358 in one match which is the highest total for India so far and the tenth-highest in women’s ODIs