The final match of the series will be held in Christchurch on November 30. 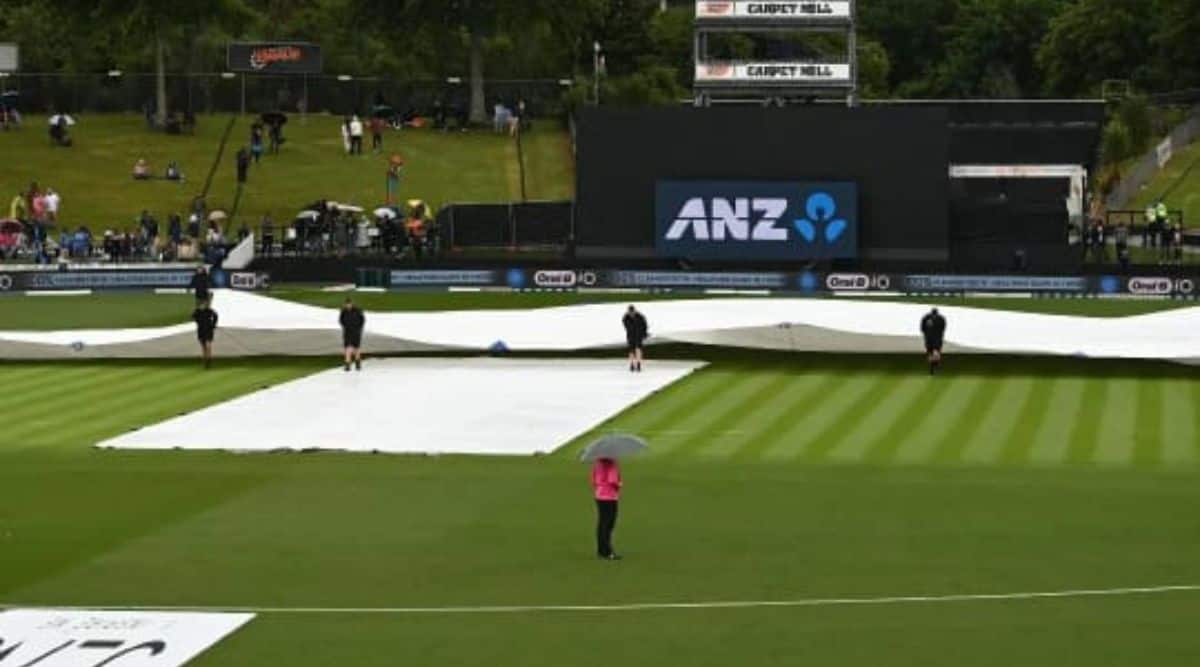 The 2nd NZvIND ODI was called off due to persistent rain. (BCCI/Twitter)

The elegant Shubman Gill and the marauding Suryakumar Yadav briefly entertained a sizeable Sunday crowd before inclement weather yet again played spoilsport and forced abandonment of the second ODI between India and New Zealand.

India were 89 for 1 in 12.5 overs when a second stoppage sealed the fate of the game as there was no possibility of having a minimum 20-over per side match within the stipulated cut-off time. The match was reduced to 29-overs-a-side as the first interruption caused a four-hour break. India were 22 for no loss in the fifth over at that time.

We will see you in Christchurch for the third & final ODI of the series.

After resumption, the visitors lost skipper Shikhar Dhawan (3 off 10 balls) trying to up the ante. Gill (45 not out, 42 balls) and Suryakumar (34 not out, 25 balls) added 66 effortless runs under eight overs before heavens opened up once again.

Gill had four boundaries and a pulled six off Matt Henry while Suryakumar hit three different sixes — slog sweep over mid-wicket, reverse sweep behind square and a pull-shot to carry his T20I form into the longer format.

The short six-game white ball series against New Zealand has been one of the most rain-interrupted series of recent times. The first T20 in Wellington was also abandoned without a ball being bowled. Even the third T20I match in Napier was rain-marred. The final match of the series will be held in Christchurch on November 30.

Handshakes 🤝 all around after the second ODI is called off due to rain.

International teams usually tour the New Zealand between December and March and poor scheduling where the vagaries of weather wasn’t factored in, has spoilt the limited overs series.

The ongoing series is being held during receding monsoon and there won’t be any takeaways from the series where no player got enough opportunity to get into the groove. There isn’t a big sample size of performance to evaluate but Surya certainly has been a shining star and Gill with his phenomenal talent is making a serious case for himself for a permanent place in the ODI playing eleven.

U.S. and NATO scramble to arm Ukraine and refill their own arsenals