Since his debut at Lords in 1996, Rahul Dravid has been one of the main pillars of Indian batting and has been widely regarded as one of the best Test batsmen of his period 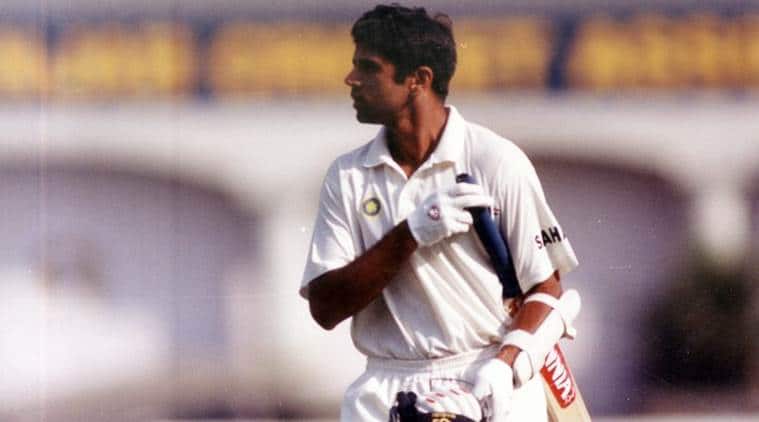 One of India’s most technically correct batsman and legend of cricket, Rahul Dravid turned 45 on Thursday. Since his debut at Lords in 1996, Dravid had been one of the main pillars of the Indian middle-order and had made the number three position his own. It is not without reason that he has been widely regarded as one of the best Test batsmen of his era as he produced some of the best knocks cricket has ever witnessed. As the ‘Wall’ turns a year older, let us revisit some of his most memorable innings in International cricket.

Alongside Sourav Ganguly, Rahul Dravid made his debut in international cricket at the iconic Lords. While Ganguly stole the show with a blistering hundred, Dravid marked his arrival with a composed 95 against a potent England attack comprising of Dominic Cork and Allan Mullaly

Dravid’s innings of 180 in 2001 at Kolkata against the mighty Australian side is widely considered to be his best knock in Test cricket. It came at a time when India had their backs against the wall and needed a special knock from someone. Along with VVS Laxman, Dravid batted for nearly two days and helped India avoid the follow-on and later secure an epic victory.

India’s tour to Australia in 2003-04 began on a positive note after India drew the first match. In the second Test at Adelaide Australia had amassed a monumental 556 and reduced India to 81/2 in their first innings. But once again the ‘Wall’ came to India’s rescue and hit a fantastic double hundred (233) to put India in the driver’s seat. In the final innings, as India were chasing a target of 233, Dravid led the chase from the front as India romped home comfortably.

Dravid’s ability to play the long innings in Test cricket was always a known thing. But during the series against Pakistan, in 2004, he showed the world of his immense level of concentration as he batted for more than 12 hours in Rawalpindi and hit 270 in 495 balls. It led India to a mammoth score of 600 and ultimately propelled the side to a win by an innings and 131 runs.

Replying to England’s 591 at the Oval, Dravid was entrusted with the responsibility of opening the innings with Virender Sehwag. It was in this innings that Dravid showed the ability to succeed in seaming condition as he not only stood up to the task but also played carried the bat with an unbeaten knock of 146.

Kolkata litfest demands an articulate and aware audience, like itself