Pinpointing (and not criticising) Shoaib Akhtar wants India vs Pakistan rematch; but also reckons England may dump India out

Shoaib Akhtar was licking his lips in anticipation of Pakistan getting a second opportunity to play India in the T20 World Cup and declared Pakistan would smack them in the final. 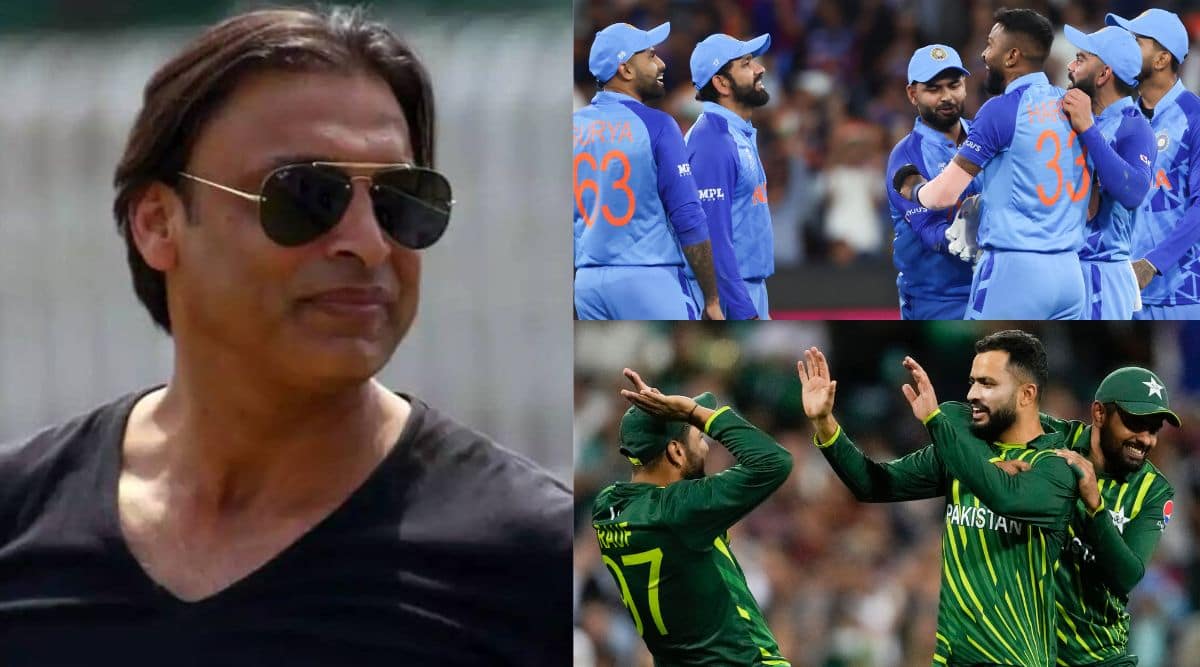 Akhtar was confident the Melbourne groundsmen would prepare a pitch benefitting chasing. (FILE)

When asked on ARY channel, who he would be comfortable playing in the final – England or India, he said: “I want a rematch with India. We have come back in full form now. Now (it’s a match of) our bowling, your (India’s) batting. Your MCG, your crowd. Your bowling, our batting. Now this match is on. I want one more match with India,” he said, happy after Pakistan made the final.

“There should be two two benefits – why just win a final. We should beat India to win final. Both things,” he told the TV channel all gung-ho.

When asked by a fretting TV host if Bhuvneshwar Kumar’s swing would pose problems in the eventuality, he backed Pakistan to cope. “The wicket has worn out, square has worn out.. they’ve played 15-20 matches there. Actually 11 matches on that square. Also weather was tricky 20 days back. (It was) Early on in the season.”

However he couldn’t resist a swipe at India even before making the finals, adding he simultaneously reckoned England could eject India out – wishing History to repeat. “History will repeat – England will tame India and come to final. Then we’ll beat them,” he mused.

Akhtar was confident the Melbourne groundsmen would prepare a pitch benefitting chasing. “They’ll prepare a better wicket at Melbourne, rather than seaming one. They’ll give a wicket where chasing is possible. Either way Pakistan is in safe position.”

Quizzed on the toss options, Akhtar reckoned if it was India in finals, they’d fancy chasing. “India will like to chase, but England tend to panic, suffer from pressure. And their body language drops. Shoulders slump… I don’t rate Kane Williamson great as a captain.. Strange he didn’t understand the wicket despite playing so often,” he criticised the Kiwi leader.

Dear India, good luck for tomorrow. We’ll be waiting for you in Melbourne for a great game of cricket. pic.twitter.com/SdBLVYD6vm

His pet peeve though was Pakistan’s middle order, and looked like even winning the Cup wouldn’t impress him about them. “Even if we win World Cup doesn’t mean our team is pitch perfect. The Middle order! They picked up Mohammad Haris from reserve and played him! Fearless child but they just sent poor kid in tough situation. Ofcourse he can be our future Suryakymar Yadav. But it was a miscalculated decision that turned out to be good decision.”

He chided the TV host for demanding an aggressive batsman at the top of the order, but proceeded to list out his own wishes: “We need three different types of batters for powerplay, middle and finish. Openers must open. Explosive, and then calculated with maintain strike rate.” He however was cross with the existing personnel. “If iftikhar, Shan are your middle order, good luck …we need explosive batters. Also we are struggling with bowling allrounder.”

Akhtar shifted the goalpost to the other formats. “When you learn to bat in ODIs, Tests, you’ll be considered a good side.” He would admit though that Pakistan reaching finals was happy news for the troubled country. “We needed good news in this country. People are happy now.”

Behind FTX’s fall, battling billionaires and a failed bid to save crypto