It's an incredible opportunity for a young man like you to pick the brains of Rohit Sharma and Virat Kohli and learn how to play in this format, says Rahul Dravid. 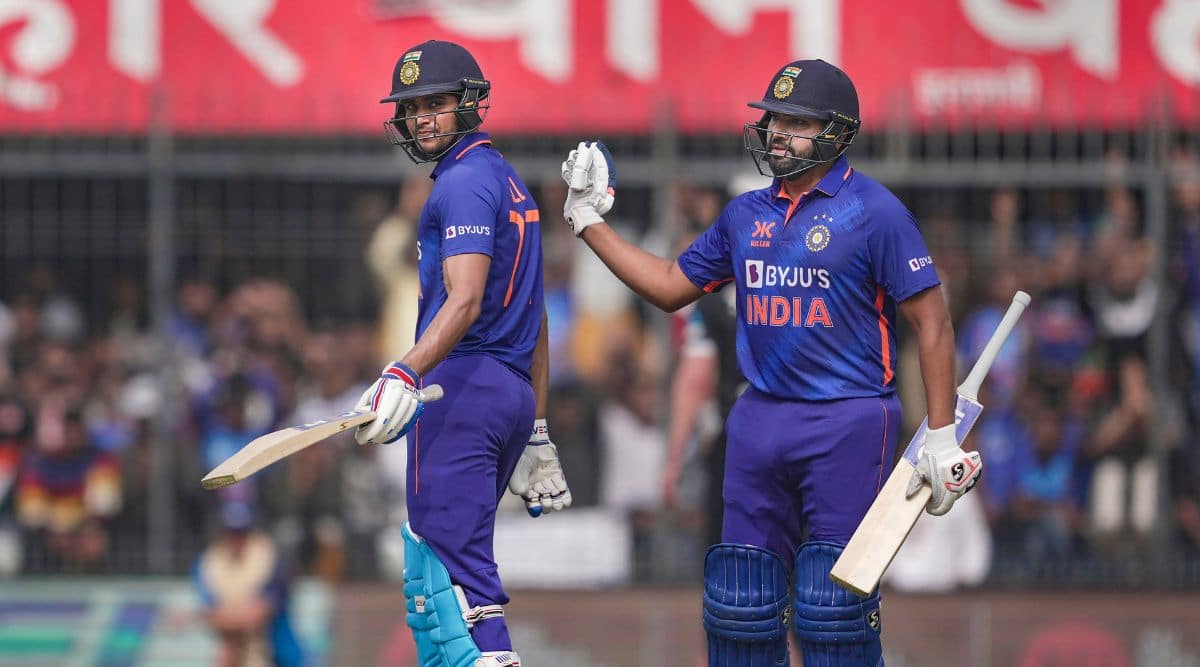 ndian batter Shubman Gill being congratulated by team captain Rohit Sharma after his half century during the third ODI cricket match between India and New Zealand, in Indore. (PTI)
Listen to this article
‘Outbat Rohit Sharma and Virat Kohli’: Rahul Dravid’s next challenge for Shubman Gill
x
00:00
1x 1.5x 1.8x

Team India head coach Rahul Dravid has thrown a new challenge to Shubman Gill, and it is to “outbat Rohit Sharma and Virat Kohli” in the coming matches.

Man of the moment, @ShubmanGill, shares it all in this interview with Rahul Dravid 👌 👌 – By @ameyatilak

Dravid explained it to Gill how it will help him in the future as he is batting alongside two absolute legends (Virat Kohli and Rohit Sharma) in the top order.

“One of the things that is brilliant for you is that when you bat in this format especially, you bat with two absolute legends of the game, guys who have played more than 250 ODIs. You are opening with Rohit, and when he gets out Virat walks in. It’s an incredible opportunity for a young man like you to pick their brains and learn how to play this format,” said Dravid.

On batting with the likes of Rohit Sharma and Virat Kohli, he called it “learning from the best’.

“It’s amazing to bat with these guys. I have grown up watching them and admiring them. Going out there performing, hundred after hundred and I used to think how do they do it? How do they keep performing consistently year after years and to be able to bat with them and pick their brains when I am out there batting, it’s incredible.

“There are little things like today me and Rohit bhai were batting I think he was on 70s and 80s and Daryl Mitchell was bowling and he said this guy looks like one of the bowlers, who might get me out but I will still go after him. These are the mindsets of the great players and something I have picked while batting with Virat Kohli and Rohit Sharma,” said Gill.

The dressing room of the Holkar Stadium in Indore is named after Rahul Dravid and when asked about it, the Indian coach said: “It feels good, you are grateful. I am truly grateful for all the love I have received over the years from so many people. It’s a privilege to play a sport in this country, the love you receive is really phenomenal and I was lucky to have the talent to play cricket and able to do that for a long time. It’s bit embarrassing at times as well but you do feel really great.”