One Day with Sachin Tendulkar: The real big change to the game was the red ball changing to white 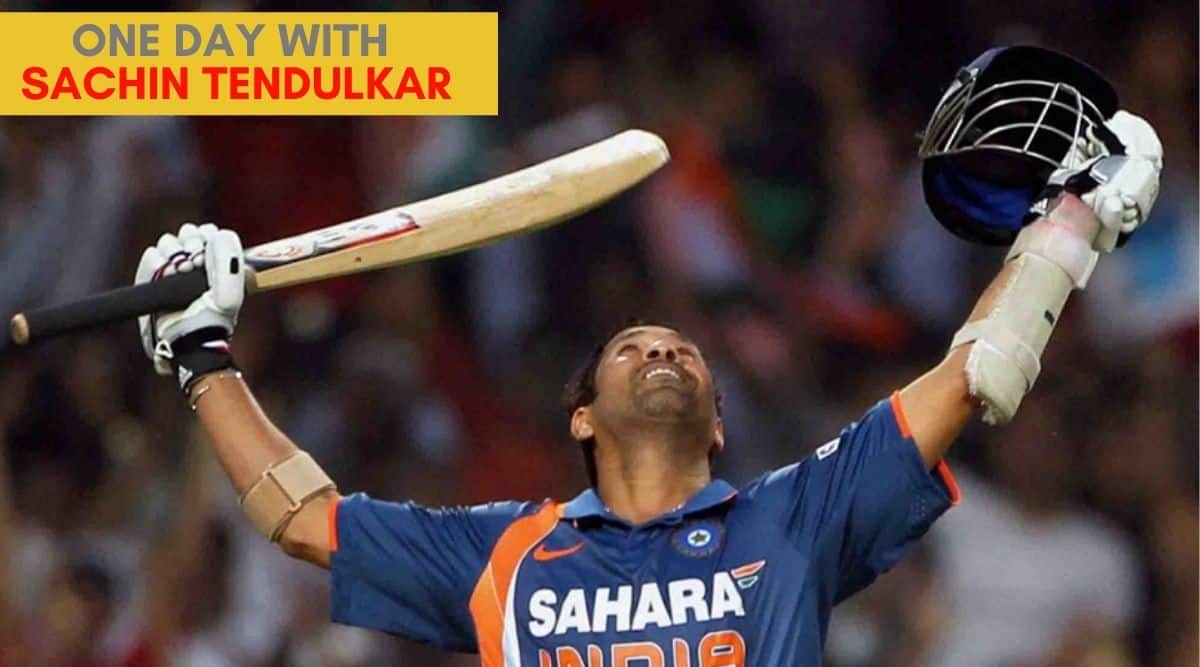 The real big change to the game was the red ball changing to white: Sachin Tendulkar

One Day with Sachin Tendulkar: ODIs have evolved gradually and it can be traced by the clothing of players. There was a game we played against South Africa in 1991 in New Delhi which was a day-night match. In that game, only the T-shirts were coloured but the bottoms were white. Since the game was in November, it was quite cold at night, so we wore sweaters and they were white.

The 1993 Hero Cup was the first time we played with proper coloured attire. At the 1996 World Cup played in the sub-continent, things picked up. But there were times it was back to whites. Like in 1998 in a home series against Australia, we played in whites. As late as 2000, one India-Zimbabwe ODI series was in whites.

Red ball would get soft, discoloured and start reversing

The real big change to the game was the red ball changing to white. If you ask my Indian team members which ball they want to play with in an ODI, they will all say red. Back in the day, ODIs with one just one red ball provided the batsmen with a different challenge. It became soft, got discoloured and reversed too.

If the ball was discoloured, it was hard to pick. So if a spinner was bowling, one had to watch the hand closely as it was tough to see the ‘spin’ on the ball while it was in the air. Say, on a scale of sighting the ball, if a new red cherry was 10 on 10, the discoloured ball could be possibly 5 or 6 on 10.

Also Read |A teenaged Sachin Tendulkar would wonder: Can I hit a six at Wankhede?

The SG ball would also reverse quite a bit. I remember quality fast bowlers would return in the ‘in-between overs’ to get wickets. At times when the ball had lost its colour, they would bowl with slips.

You can go back to old video clips of the India-Pakistan 1999 World Cup game. Wasim Akram was bowling the 47th or 48th over with slips. He was looking for the batsman to edge the ball. Maybe, to save a boundary or to get a wicket. That’s because the old ball was reversing.

The rule tweak of two white balls replacing the red one played against the bowlers. This meant that during an innings, a ball would get used only for 25 overs from one end. Even when the spinners came to bowl later in the game, it was not too difficult to sight. In ODIs, the spinners generally come in to bowl in the 16th or 17th over. But in reality, the ball was just eight overs old.

Field restrictions also played a big role in changing the dynamics of ODI cricket. These days in ODIs, there need to be five fielders in the 30-yard circle (from 11th to 40th overs). Earlier, there were only four fielders, so there was an extra man on the boundary. In case that extra fielder was at, say, long on, the batsman would think twice before hitting the ball. That was because the ball would have gone soft and so the batsman had to be dead sure that he would clear him.

Because of new restrictions, the extra fielder is up in the 30-yard circle – it could either be mid-on, mid-off or point – when spinners are bowling. So as a batsman, you feel that basically I have to clear the 30-yard circle and I am safe. Moreover, the ball remains hard since there are two of them. These elements have given a different dimension to ODI cricket from when it started.

Alse Read |One Day with Sachin Tendulkar: Four-innings ODI fair to both teams amid dew factor

There is talk about spinners finding it tough to get wickets in ODIs as compared to T20s. That I think is because in ODIs, there are five fielders in the ring while only four in T20s (after six overs). This changes the psyche of both the batsmen and the bowlers. The additional fielder in the ring makes bowlers more defensive. A fielder standing at long-on as compared to the one at mid-on makes the bowler think differently, their mindset changes.

With two new balls, the ball is not getting old enough, there is no discolouration. So as was the case with an old red ball, a spinner can’t disguise a doosra or googly effectively since the white ball isn’t discoloured that much. Plus, it is only when the ball gets slightly scuffed up that the spinners can grip it better. If you see, the economy rates of all bowlers are much higher now than what they used to be in the 90s. The strike rates of batsmen too have gone up. The average runs scored by a team is much more.

I do get asked whether batsmen are finding it easier to score these days because of rule-tweaking. Nothing to take away from the batsmen because batting is not easy. But I can say that the same shots are reaping different rewards. It could be the same cover drive or a square drive but because of field restrictions, the rewards are different. For the same shot, the returns have changed. It is straightaway three times more value for shots.

There is another aspect of ODI cricket. Before the rule change, in case there was a threatening batsman at the crease, the bowler would bowl a ‘single’ ball that could send him to the non-striker’s end. This would mean the less-harmful batsman on strike and you would bowl more deliveries to him. Now because of the rule tweak, one fewer fielder on the fence, the ‘single’ delivery could be a boundary. It isn’t just three extra runs, but the more threatening batsman will still face the next ball.

For the same shot, the returns have changed. It is straightaway three times more value for shots: Sachin Tendulkar

Earlier, it used to happen that bowlers would bowl a full-up delivery on leg-stump and one would flick the ball that goes to square-leg or fine-leg, and you are at the non-striker end. Now it could be a four. Rubbing salt into the wound, the same batsman would continue to be on strike. In T20 cricket, since there are four fielders in the ring, when batsmen like Kieron Pollard or Andre Russell are hitting, bowlers try the yorkers so they take a single and go to the non-striker’s end.