‘October 23 will always be special in my heart’: Virat Kohli recalls his World Cup knock against Pakistan

Never felt energy like that in a cricket game before, says Kohli. 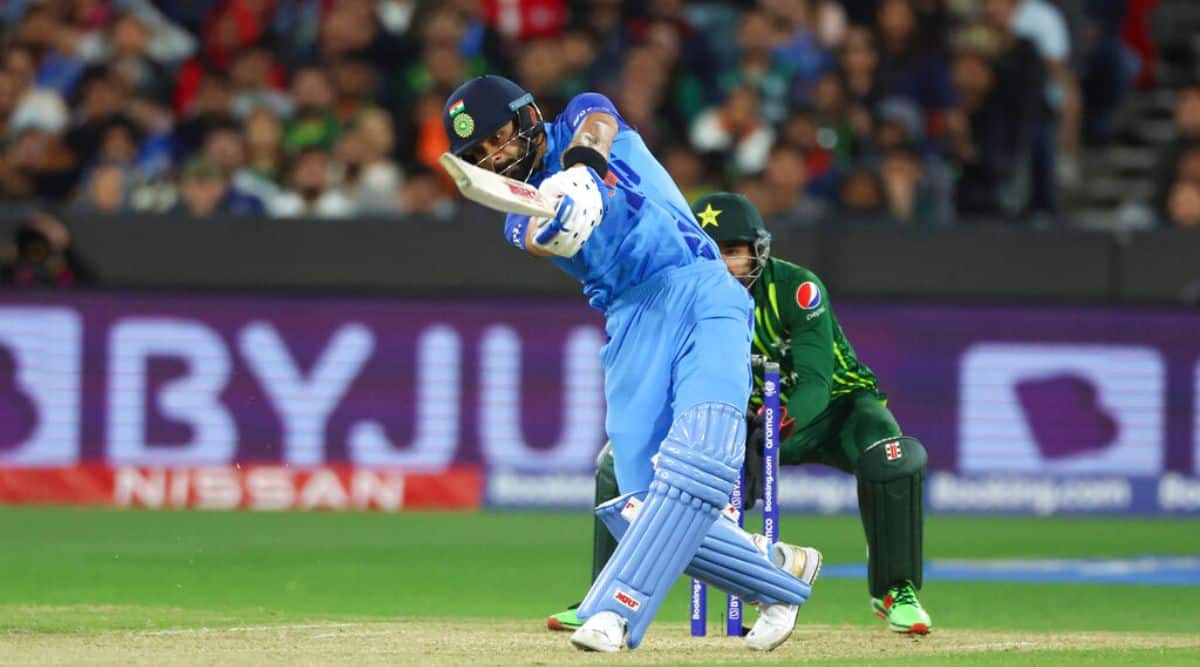 Former India captain Virat Kohli says his unbeaten 82 against arch-rival Pakistan in the T20 World Cup Cup will always be special in his heart as he’s never felt any energy like that in a cricket game before.

A month later, Kohli took on social media to recollect the memory of the India-Pakistan match.

October 23rd 2022 will always be special in my heart. Never felt energy like that in a cricket game before. What a blessed evening that was 💫🙏 pic.twitter.com/rsil91Af7a

“October 23rd 2022 will always be special in my heart. Never felt energy like that in a cricket game before. What a blessed evening that was 💫🙏,” Kohli wrote on Twitter.

Quick recap of the match

Pakistan recovered from a wobbly start to post a fighting 159 for eight. India completed the chase in the last ball, with Kohli and Hardik Pandya (40) doing the bulk of the scoring after a horror start to their innings.

The two revived India with a 113-run stand for the fourth wicket after they were reeling at 31/4 at one stage.

Sent in to bat, Pakistan were well served by Iftikhar Ahmed’s 34-ball 51 and Shan Masood’s unbeaten 52 off 42 balls after they lost their first two wickets with just 15 runs on the board in the fourth over.

For India, Arshdeep Singh was among the most successful bowlers in the much-awaited match of the tournament, finishing with figures 3/32 in four overs at the iconic Melbourne Cricket Ground.

If it was not for the 14 runs in the 19th over, Arshdeep would have ended with better figures.