The board decided to take this drastic measure on the day the Lodha panel issued a letter to the banks, urging them to not give BCCI access to funds. 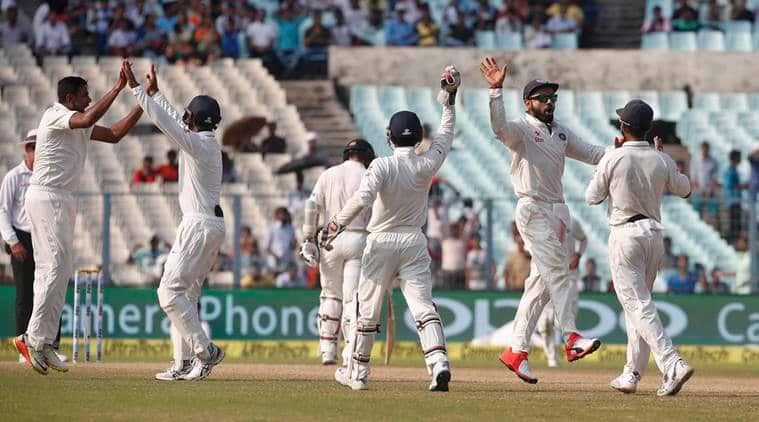 India won the second Test at Eden Gardens, and regained No.1 ranking with the emphatic win. (Source: Reuters)

Reacting to Justice RM Lodha committee’s direction to banks to freeze its accounts, a disgruntled BCCI has decided to cancel the ongoing New Zealand series, which has a Test and five ODIs remaining.

According to a senior board official, the board was forced to take this step as its hands were tied. “We have no option other than to call off the India-New Zealand series as our banks have decided to freeze BCCI accounts. We don’t want India to be humiliated in front of the world. How can we function, how can we hold any games now? Who will make the payment? Freezing a bank account is no joke. An international team is here, and there is so much at stake,” a top BCCI official said.

The board decided to take this drastic measure on the day the Lodha panel issued a letter to the banks, urging them to not give BCCI access to funds. “It has come to the notice of this Committee that certain decisions have been taken at the ‘Emergent Working Committee’ meeting of the BCCI on 30th September 2016 to disburse large funds to the various member associations,” the letter stated.

It further said: “As the status report is to be taken up for directions by the Hon’ble Court on Thursday, 6.10.2016, you are hereby directed not to take any steps towards financial disbursement of the amounts as resolved/approved after the direction dated 31.8.2016. Any violation of this direction will be placed before the Hon’ble Supreme Court for appropriate directions.”

The letter was also addressed to BCCI secretary Ajay Shirke, CEO Rahul Johri and treasurer Anirudh Choudhary. “You are aware that by way of this Committee’s direction dated 31.8.2016, no further decisions were to be taken regarding the future apart from routine matters. The disbursement of these amounts are not routine, and in any case, not emergent,” the committee said.

The panel was further furious because the board had missed the first deadline for implementing the committee’s recommendations. “You are also aware that the BCCI has chosen to breach the judgment of the Hon’ble Supreme Court as well as the first set of Timelines set out by this Committee which includes the Fund Disbursement policy to be framed by 30.9.2016.”

Panvel boy bunks school, brought back by police from UP