Mehidy Hasan's match figures of 9-148 are the best for a Bangladeshi bowler in an away Test. 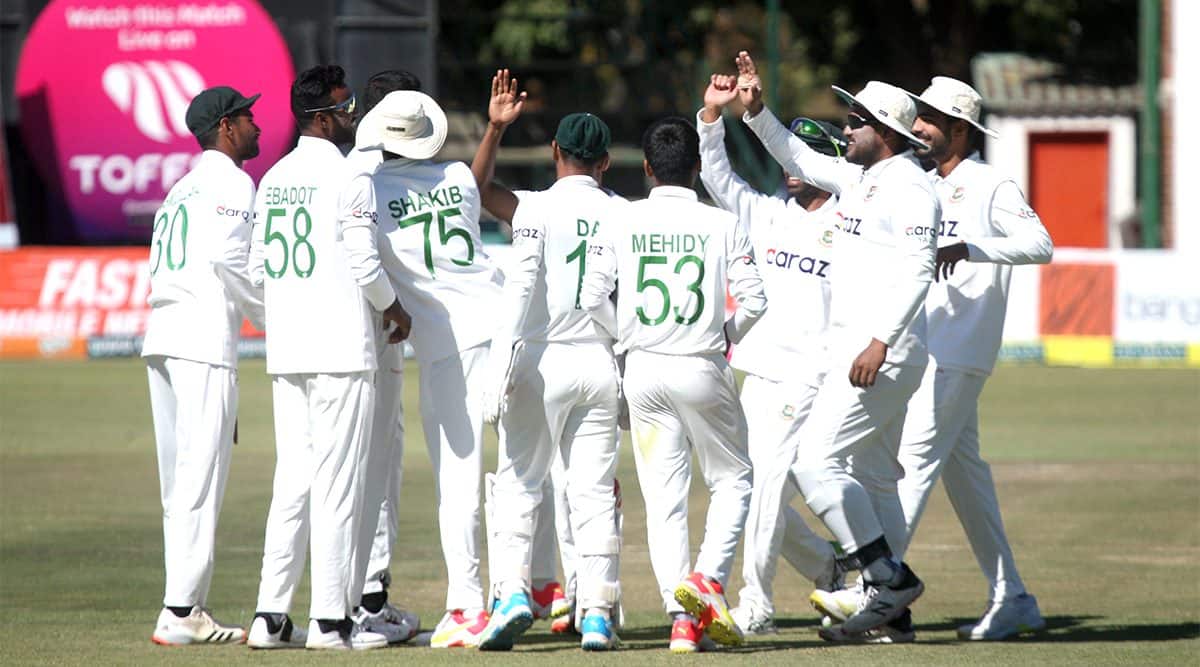 Off-spinner Mehidy Hasan Miraz took the best match figures for a Bangladesh bowler overseas to help dismiss Zimbabwe for 256 and see his side to victory by 220 runs just before tea on the fifth day of the only Test at the Harare Sports Club on Sunday.

Zimbabwe had been set an imposing target of 477 for the win, and made a good start by reaching 110 for one, before the wicket of the experienced Brendan Taylor (92 from 73 balls) started their slide.

They resumed on the fifth morning on 140 for three but lost four quick wickets when Mehidy (4-66) and Taskin Ahmed (4-82) ripped through the middle-order.

Mehidy’s match figures of 9-148 are the best for a Bangladeshi bowler in an away Test.

“Whether home or away, a win is always a proud thing for me,” Bangladesh captain Mominul Haque said.

“It was a flat wicket, so difficult to get wickets. It was a special performance for his (Mehidy) nine wickets, but it was a team effort.”

Donald Tiripano (52) held up the Bangladeshi charge, but when he was the ninth wicket to fall, the tourists were able to record just their fifth ever away Test win in 59 matches, and their first since beating Sri Lanka in Colombo in 2017.

It is their second victory in Zimbabwe, with the other two away wins both coming in the West Indies in 2009.

“You’ve got to seize those important moments, and we didn’t do that,” Taylor said. “I got out at the wrong time and left some runs out there.

“It was down to being in good positions and throwing that away.”

The teams will now contest a three-match One-Day International series starting on Friday, which will be followed by three Twenty20 matches.

Billionaire Richard Branson reaches space in his own ship