Bangladesh bundle out UAE for 82, register 51-run win in Mirpur

Bangladesh beat UAE by 51 runs for their first win in the 2016 edition of Asia Cup. Mithun top-scored for Bangladesh with a fluent 47 at the top of the order. (Source: AP)

Bangladesh were clinical with the ball and their effort helped the hosts seal comprehensive 51-run win over qualifiers UAE in Mirpur on Friday.

The match, as it happened

Bangladesh bundle out UAE for 82, register 51-run win in Mirpur

2143 hrs IST: WICKET! Tariq beaten by Shakib’s flight and is out stumped for a duck. Bangladesh three wickets away from their first win in Asia Cup 2016

Twice in two days we are witnessing an almost identical script unfolding…UAE batting is simply not supporting their bowling! #AsiaCup

2120 hrs IST: WICKET! Just when they needed a stand, UAE lose another one. Mahmudullah takes a blinder to get rid of Anwar off Mortaza’s bowling. 33/3

2113 hrs IST: WICKET! one too many…Rohan perishes. UAE lose both their openers with the scoreboard reading 25

2105 hrs IST: Mustafizur takes a top return catch but fails to keep it off the ground. Rohan survives

2026 hrs IST: WICKET! Mortaza goes for the big hit but fails to put the slower one away. Tariq takes his third catch, Naveed his second wicket. 114/7

Bangladesh have lost their last 3 wkts for 2 runs in 7 balls!#AsiaCupT20 2016#BanvUAE

1955 hrs IST: WICKET! Rahim goes for the flashy cut only to edge it to the wicket-keeper. Naveed scalps the big fish. Bangladesh in a spot of bother at 83/4

1950 hrs IST: WICKET! Mithun is run-out three short of a well-deserved FIFTY. Attempted a quick single but the ball travelled as far as the wicket-keeper

1942 hrs IST: WICKET! Sabbir, promoted up the order, takes offie Rohan on but doesn’t get the distance he would have liked, finds Tariq in the deep. Bangladesh 72/2

1936 hrs IST: SIX! Mithun moves across and flicks it all the way. Proper cricket shot, and it goes the distance

1932 hrs IST: FIFTY up for the hosts in the seventh over of the innings

1930 hrs IST: After the powerplay, Bangladesh are decently placed at 48/1. Mithun, batting on 24, is looking in fine touch

1926 hrs IST: WICKET! Sarkar goes for the big one again, mistimes the on-drive and doesn’t get the elevation he would have liked. Ajmad makes no mistake. 46/1

1925 hrs IST: SIX! Sarkar joins the act now..Hits one way back into the stands. Crowd cheering every run, pressure on UAE now

1923 hrs IST: Mithun drop follows a six and a boundary by the right-hander

1918 hrs IST: LAZY! UAE’s sloppy effort in the field continues. Mithun miscues a Amjad delivery only to see Shahzad make a mess in the circle

1909 hrs IST: Early change! Shahzad replaces Naveed, and he too concedes a boundary early in the over. Poor lines for the field he has

1906 hrs IST: Skipper Amjad Javed from the other end, and he concedes a boundary first ball. Can’t afford to err in line when the fine-leg is up in the circle

1900 hrs IST: Some seam movement for Naveed. He was impressive in the opening spell against Sri Lanka

1833 hrs IST: Meanwhile, here’s what Team India is up to ahead of their big match against Pakistan

1824 hrs IST: Time for final round of strategies before the coin goes up for the toss

Less than an hour to go! Both teams are discussing their final strategy. #BANvUAE #AsiaCupT20 pic.twitter.com/jIyExKP3f0

1820 hrs IST: Pitch – Bit of grass and some cracks on the strip. Not like the green top we had for the opener. Conditions spicy for bowlers, feels Rameez Raja

1815 hrs IST: Bangladesh coach and captain during a discussion

The game was excellent: UAE captain after loss to Sri Lanka 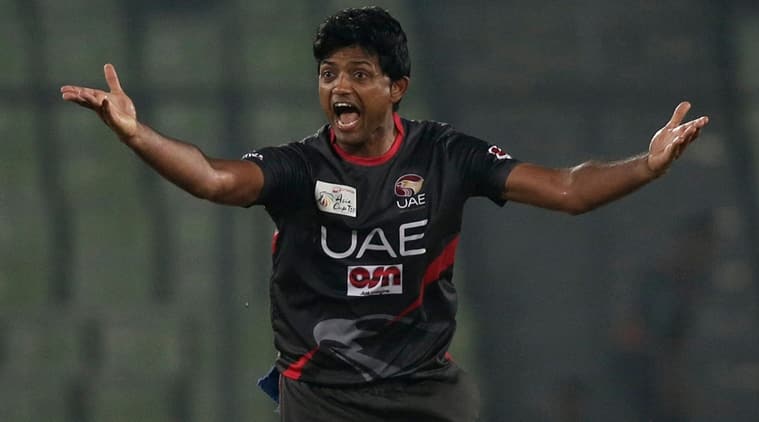 UAE ended their first match at Asia cup on a losing note but UAE captain Amjad Javed was satisfied with the way his team put Sri Lanka under-pressure.

Our death bowling was not up to the mark against India: Mortaza Bangladesh captain Mashrafe Mortaza chose not to be harsh on senior player Shakib Al Hasan, who dropped Rohit Sharma’s catch which proved costly in the final context of the Asia Cup opener as the hosts lost to India by a comprehensive margin of 45 runs.