This is one of the rules Kumble has enforced since taking charge as India’s head coach. 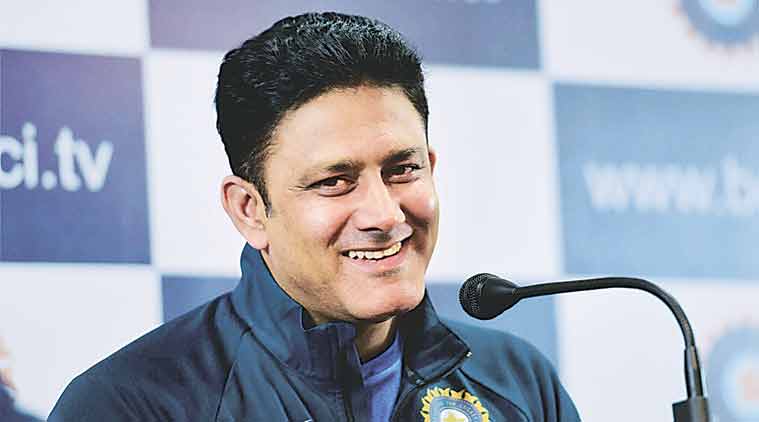 In his first meeting in the Caribbean, Kumble also tried to streamline the role of the support staff. For example, masseurs have been given a fixed schedule — players can no longer barge in asking for massage.

IF YOU are late for the Indian team bus, be ready to cough up $50, Anil Kumble has told players. He has also conveyed to them that an official meeting will be held every fourth day and that his doors are always open to any player who wants to have a chat.

These are some of the rules Kumble has enforced since taking charge as India’s head coach, in a bid to instil discipline in the young team, which is getting ready for a long tour of the West Indies.

In his first meeting in the Caribbean, Kumble also tried to streamline the role of the support staff. For example, masseurs have been given a fixed schedule — players can no longer barge in asking for massage.

With the skipper @imVkohli on a visit to Nevis @BCCI #TeamIndia pic.twitter.com/NdnjCw8bf2

“Everything is organised. Kumble wants players to understand the importance of discipline and, at the same time, give them freedom. He knows where to draw the line. The Indian team is scheduled to go for scuba diving in the coming days. These small things have been kept for the players to unwind,” a source travelling with the team said. 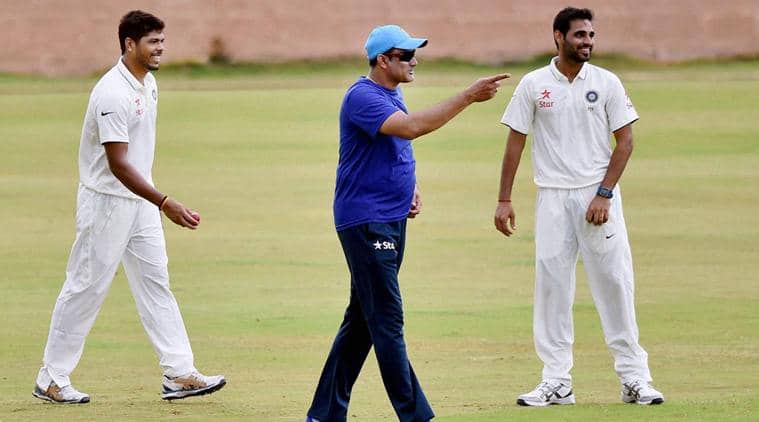 Bengaluru : Head Coach Anil Kumble, Bhuvneshwar Kumar and Umesh Yadav during a practice match on the fifth day of the preparatory camp ahead of West Indies tour at Alur Cricket Ground in Bengaluru on Sunday. PTI Photo by Shailendra Bhojak (PTI7_3_2016_000141B)

At the Bengaluru camp, held before the team’s departure to the the West Indies, Kumble had already floated a few ideas. One of these was the buddy programme, inspired by former coach John Wright’s plan, where two cricketers are paired together so that they communicate, give feedback, and help each other after a session in the nets.

READ: India cricket team heads for an island ahead of West Indies Tests

To makes sure it’s not a one-sided affair, Kumble has already jotted down some suggestions and complaints by the players. It is learnt that while spelling out the roadmap during the Bengaluru meeting, which was also attended by Rahul Dravid, Virat Kohli, M S Dhoni, Sandeep Patil and junior selector Venkatesh Prasad, Kumble had requested the BCCI to handle their logistics in better manner. Players complained that the board doesn’t inform about them about their schedule in advance, which leads to clashes with personal commitments. Players also said they were confused why the mini-IPL and the Duleep Trophy were scheduled at the same time. The BCCI, it is learnt, has been asked to inform players about the schedule at least a month in advance.

“Players have been saying how the board doesn’t inform them about the schedule in advance. The BCCI will look into it and plan accordingly,” a BCCI official said.

Soon after taking over, Kumble had said, “As a coach, all I sought was organised preparations for the team and informed inputs to the captain and the team to strategise better. Inclusive of every player. You have to include every player.”