Captain Rohit did not come out to open after hurting his elbow while fielding in Bangladesh's innings. It was only after the fall of seventh wicket, he decided to walk into the middle but clearly looked in discomfort. 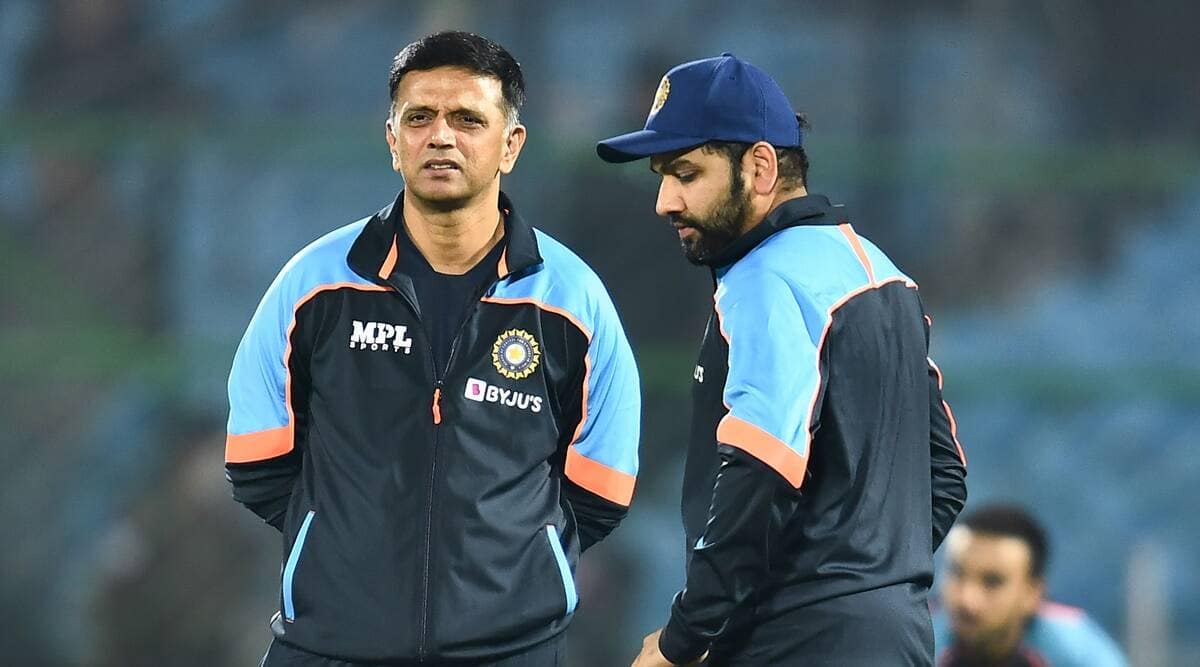 “We are struggling with a few injuries, which is not ideal for us. Kuldeep, Deepak and Rohit will certainly miss the next game, Dravid said.

India coach Rahul Dravid came to address a post match press conference after India lost to Bangladesh by 5 runs in the 2nd ODI on Thursday. He also threw light on the injury status of various players in the series, including skipper Rohit Sharma.

“We are struggling with a few injuries, which is not ideal for us. Kuldeep, Deepak and Rohit will certainly miss the next game. Kuldeep and Deepak are out of the series. Rohit will certainly miss the next game, fly back to Mumbai, consult an expert and see how it is. Whether he will come back for the Test match, I am not sure. Keh nahi sakte hai, but they will not play the next match, Dravid said.

Captain Rohit did not come out to open after hurting his elbow while fielding in Bangladesh’s innings. It was only after the fall of seventh wicket, he decided to walk into the middle but clearly looked in discomfort. It was a courageous call to come out with a heavily taped left thumb and Rohit did provide a ray of hope by collecting couple of sixes and four from Ebadot Hussain in the 46th over.

Then two sixes off Mahmudullah in the 49th over brought the equation down to 20 from the final six balls. The wily Mustafizur was able to defend that after conceding two fours and a six.

Talking about the innings, Dravid said, “It was phenomenal, I think for hi to show that level of courage. He had a serious dislocation, had to go to the hospital to get that set right, stitches in his hands, a couple of injections. Credit to him, to have that kind of determination and go out there to take a chance and it was amazing how close he brought us with that innings.”

On the match, he said, ” We had our chances but credit to them (Bangladesh), especially Mehidy has played a fantastic series. The first match and this one as well. Different kinds of innings and both of them were really good. They were able to score 100 runs in the last 10 overs which was probably the killer for us. But yeah, we had our opportunities but credit to them. They played well and yeah, they got the right result.”

“Obviously this is the time we are looking at different options in different tours. There was a tour in New Zealand and there’s a tour here, 2-3 days later. So I guess from our perspective, it’s not been easy. We don’t have the full squad but hopefully from January onwards, depending on injuries, we should have our full squad around and that’s something that we will look at. The opportunity to see how we take wickets in the middle. I thought we did well today but yeah, there was the phase when that partnership built. Good learnings for us and good learnings in these games. Once we are able to select from our full squad in January, we can hopefully look to address some of these issues,” Dravid said when asked about India’s lack of wicket taking abilities in the middle.

“We have nine ODIs before IPL (3 vs NZ, 3 vs SL and 3 vs Aus) and hopefully, we will get to play a settled squad in those games. In the last two years, we had prioritised T20s a lot as there were two World Cups. In the next 8-10 months, we will be prioritising ODI cricket. It is not easy to juggle three formats. Now, our white ball boys (specialists) will get some rest with Test matches being played,” Dravid added.