During financial distress, junior awardees are left waiting for their money which was promised by the governing body almost four months ago. 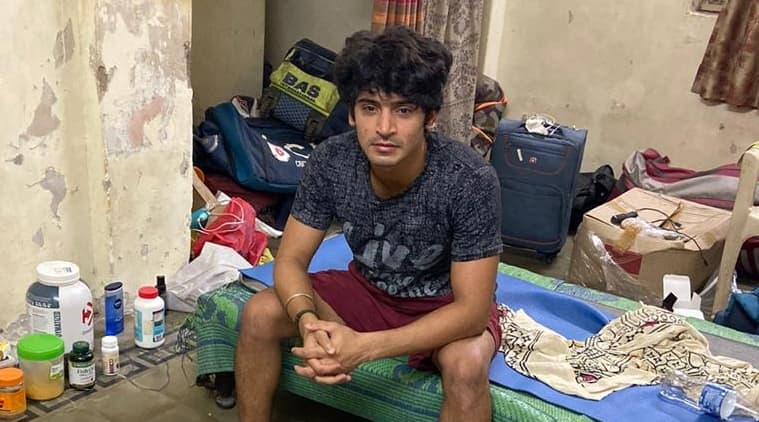 Every time the teenaged Sidak Singh calls his family in Varanasi, he hopes they won’t ask him one question in particular: has he received his Rs 1.5 lakh award money and nearly 6 lakh in match fees from the Indian cricket board? His father is a clothes merchant whose small business has been affected by the Covid-19 situation and Sidak knows the money could help tide over the crisis. But it hasn’t been credited to his bank account yet. Not just Sidak but many junior cricketers haven’t yet received their award money from various age-group tournaments.

In January 2020, at a glittering award ceremony in Mumbai, Virat Kohli had handed the M.A. Chidambaram Trophy to Sidak’s father but four months later, the family still awaits the money. On March 11, the BCCI had mailed him a ‘payment advice’ which stated that they have initiated a credit of Rs 1,50,000 to his account but no cash has been deposited yet in the bank.

“It could be a technical issue, I don’t know, but the bank hasn’t credited my account. I checked with the bank and they said ‘check with BCCI’. Due to the lockdown, the offices are closed and I don’t know whom to ask,” Sidak told The Indian Express.

His father has a cloth shop at Ramnagar in Varanasi but the business has been hit in recent times. “Whenever I get a call from home or I call them, I don’t know what to say. I change the topic when the subject of money comes up. Soon they will be out of cash. I am here in Mumbai and can’t help much. I checked with friends and they too have not received it, maybe there is some technical issue,” the all-rounder said.

READ | ‘I am worried, I don’t have job, IPL contract’: Harpreet Singh

It’s not only Sidak who is yet to get his due. The Indian Express spoke to four other junior cricketers who confirmed that they are yet to receive the award money of Rs 1.5 lakh.

Sikkim player Milind Kumar, the highest run-getter in the 2018-19 Ranji Trophy season, also confirmed that he is yet to receive the Rs 1.5 lakh award money.

Yadav said his emails haven’t elicited any response from the board.

“I sent emails twice but there has been no response. I tried to call but the BCCI office is closed. Due to the lockdown, that money is important for me. My father is Class D employee in Railways and my grandmother is in hospital – the money would have come in handy. My father had to take a loan now,” Yadav stated.

Like Sidak, Yadav too had received an email from the Indian board office, informing him that the payment has been initiated.

“I told my friend Aryan (Hooda) that it’s not showing in my bank account. He told me to wait for one week as it will be credited but it hasn’t till date,” Yadav said. The Bokaro boy approached his parent association Jharkhand Cricket Association, who advised him to speak to the Indian board as they can’t do much in this case. The board has been in the news for not paying dues of players and officials. Domestic players have been complaining that they haven’t received season fees for playing in the Ranji Trophy. Recently, board treasurer Arun Dhumal had stated that BCCI will make all the payments soon and that they have been delayed only because of the lockdown.

“The process has started. We have released payments to players, officials, and state associations. Because of the lockdown, things are slow. Our staff verifies documents of 150 players and officials daily, after which we send out instructions to release the payments. There could be a few cases where some might have not got match fees, including old dues like gross revenue share, but they will be getting it soon. Those who haven’t received payments will be getting it in the coming days,” Dhumal had said on Friday.