Jos Buttler and Vernon Philander were involved in a heated moment in the nervy final session of the 2nd Test between England and South Africa. The stump mic caught a few swear words used by Buttler. England won the match with less than half an hour remaining. 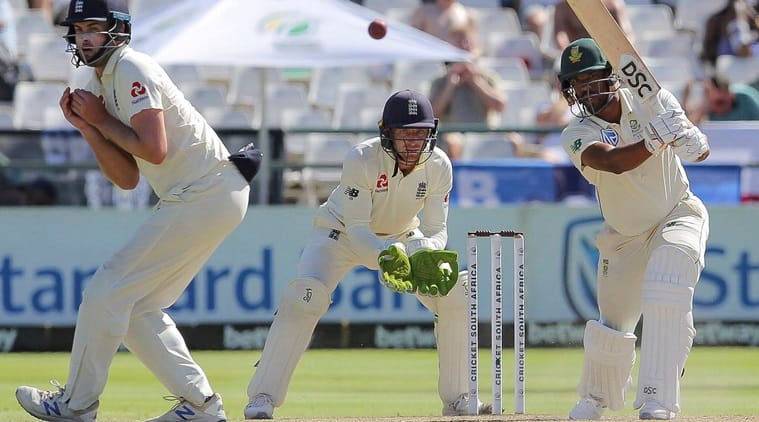 Vernon Philander, who fell short of earning a famous draw for South Africa in the 2nd Test vs England in Cape Town on Tuesday, was subject to some fierce aggression by the England team in the nervy final session of the match.

Battling to save the match for the home team on the last day of the match, Philander frustrated the England team with a 51-ball 8 to take the match into the final half-hour.

With time running out for England to earn a win and level the 5-match series, the England field decided to have a go at Philander to unsettle him.

🤬 Jos Buttler had some choice words for Vernon Philander during a tense afternoon at @NewlandsCricket.#SAvENG pic.twitter.com/JqT785MrGb

There was a flashpoint when Philander did not move when a throw came in at the keeper, leaving him unsighted. Wicketkeeper Jos Buttler was then heard calling Philander a “f***ing k***head” on the stump mic. Philander gave Buttler a long hard stare before facing the next ball.

The unpleasantries continued for the rest of the over as well, with Ben Stokes also heard chipping in from first slip.

“Apologies if you heard a little bit of foul language an over or two ago,” said Sky Sports presenter Nick Knight on air. “Obviously things are getting pretty heated out there at the moment.”

Incidentally, Buttler and Philander were County teammates in the 2012 season. Philander is returning to Somerset next season, while Buttler has also been linked with rejoining Somerset from Lancashire.

South Africa lost their three remaining wickets within 11 overs of this incident, as England won the Test by 189 runs. Ben Stokes took all the three wickets, with Philander being the last batsman to be out.