It’s only fair to have high expectations from Kuldeep Yadav: Zaheer Khan

Kuldeep Yadav has been the talk of the town with his impressive show in the limited overs matches. When asked if too much pressure is being put on the young spinner, Zaheer begged to differ. 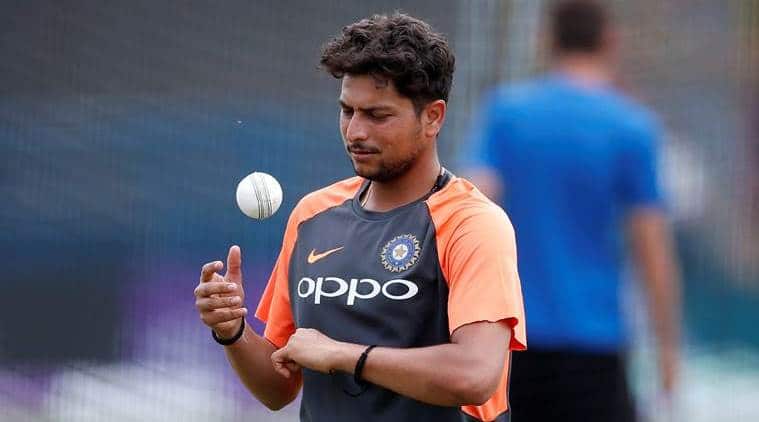 It has been a hot UK summer, prompting discussions about the Indian team combination. (Source: Reuters)

It has been a hot UK summer, prompting discussions about the Indian team combination.

“Yes, if conditions are hot, it may be difficult for fast bowlers but then you always have the option to play two specialist spinners. If the conditions remain like that, they (Indian team management) might be tempted to play two spinners,” Zaheer told PTI on the sidelines of a seminar ‘Scorecard’ organised by the CII.

Young Kuldeep has been the talk of the town with his impressive show in the limited overs matches. When asked if too much pressure is being put on the young spinner, Zaheer begged to differ.

“Why shouldn’t there be expectations? The expectations have grown since he has done well at the international level. When you do well, it is bound to happen and he (Kuldeep) will have to handle that.”

The architect of India’s last Test series win in England (in 2007) feels that South Africa series is an indicator that Virat Kohli’s men are on right direction as far as the longest format is concerned.

“Everyone is saying that this will be the ‘Indian Summer’ in UK. I am also expecting India to dominate. But we have to keep in mind that this is a five-Test series. Five-Test series can be very challenging. You need to show a lot of consistency. But what gives me hope is the manner in which they played in South Africa.

“Yes, they lost the Test series (1-2) but the way the fought back in the final Test was impressive. The energy and approach they showed gives me a lot of hope,” said India’s best ever left-arm fast bowler.

India will be returning to the UK in less than a year to play the ICC World Cup and in Zaheer’s opinion, Jasprit Bumrah will be key to India’s chances.

“I guess we will be playing another 25 ODIs before we get into the next year’s World Cup. So there are two aspects that they need to look into. They have to get their middle order combination right. I believe there are enough matches to set it right. Also make sure that Jasprit Bumrah remains fit for the World Cup as he will hold the key,” said the highest wicket-taker during India’s 2011 World Cup triumph.

Bumrah’s absence was felt by India during the three-match ODI series against England which they lost 1-2.

However, the veteran of 95 Tests and 200 ODIs feels that there is no point in debating over Mahendra Singh Dhoni’s place in the team ahead of the World Cup.

“If the team management has persisted with him till now, they might as well do it till the World Cup,” Zaheer opined.

He added that Dhoni’s immense knowledge, having captained the side for a decade is certainly going to come in handy.

“Dhoni has performed the difficult job of captaining India for years. His experience could prove to be extremely beneficial. He is as good as we have got,” said Zaheer.

The Yo-Yo test has been a hot topic of discussion and Zaheer made it clear that he supports the Indian team management about having a parameter for fitness.

“What I know is that the parameter set by the current Indian team (16.1) is pretty low compared to the world standard. If a player is not even able to achieve that mark, then I believe there is some problem somewhere,” he was categorical in his reply.

“Look, for me any parameter is acceptable as long as it is uniformly applied. If the criteria is same for the top most and the junior most cricketer, I have no issues. Obviously, there is focus on skill but this Indian team wants to be a fit unit. Virat and the team management is trying to ensure that for the benefit of the team,” he concluded.

Delhi HC asks JNU to give admission to students with disability in M.Phil and Ph.D