Chasing 163 to win in a rain-curtailed match, the hosts scampered home with an over to spare, thanks to Kishan's heroics and Krunal Pandya's crucial 15-ball 23. 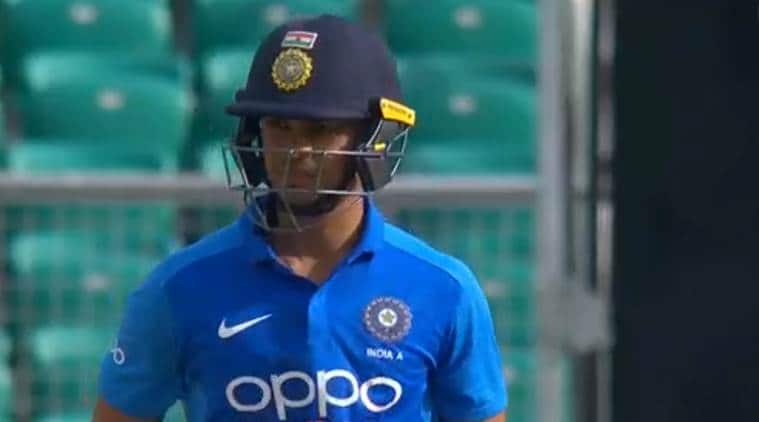 Young Ishan Kishan blasted a blistering 24-ball 55 as India ‘A’ beat South Africa ‘A’ by two wickets in the rain-hit second unofficial ODI to take a 2-0 lead in the five-match series here on Saturday.

Chasing 163 to win in a rain-curtailed match, the hosts scampered home with an over to spare, thanks to Kishan’s heroics and Krunal Pandya’s crucial 15-ball 23.

Kishan hit five boundaries and four sixes in his innings, while Pandya’s knock comprised one six and a four.

Sent into bat, South Africa ‘A’ posted 162 for 5 in 21 overs with George Linde top-scoring with a power-packed 52 not out which was studded with one four and five sixes.

Ishan Kishan departs after a well made 55 off 24 deliveries. 👏👏

Kishan, who plays for Jharkhand in domestic cricket, walked in with India ‘A’ in a spot of bother at 57 for 3.

He went on the attack from the word go and scored a magnificent six early on.

He hammered the spinners nonchalantly and when the pacy Junior Dale bowled short, he swivelled around and smacked him for a big six.

His stunning assault made his team’s task of chasing down what appeared to be a stiff target easy.

However, India A were reduced to 57 for three in the ninth over and after Kishan’s fall, the hosts lost three wickets in the space of eighth ball before Pandya ensured the win.

There was some confusion when Axar Patel, hero of the first match, was declared caught behind with the umpire later reversing the decision and calling him back.

Patel, however, fell going for a big hit off Junior Dala, caught by Janneman Malan on the boundary for 10.

Earlier, Linde’s pyrotechnics helped South Africa ‘A’ reach 162 for 5 in 20 overs after India A sent both the openers back by the end of the fourth over.

Linde reached his half-century in 24 balls to power the visiting team’s late surge.

Bavuma, a regular in the Proteas Test squad, showed his class with some superb shots while Klaasen hammered the big hits before being done in by a yorker from Deepak Chahar.