Nine IPL matches are scheduled to be played in Pune and eight in Mumbai. 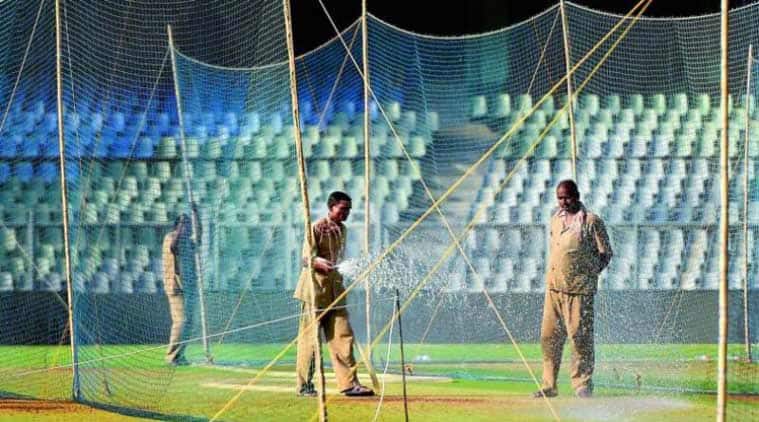 Mumbai, Pune and Nagpur are the three cities that will host IPL matches. (Source: PTI)

In a bid to avoid moving Indian Premier League (IPL) cricket matches out of Maharashtra, the Board of Control for Cricket in India (BCCI) has told the three franchises, whose home matches are to be played in the state, to ensure, among others, transportation of drinking water to drought-affected areas. (Fixtures | Squads)

This decision comes in the wake of the BCCI’s submission to the Bombay High Court on Tuesday that it would source sewage-treated water to maintain pitches for 17 of 20 IPL matches, and the judges’ subsequent query as to whether the Board would supply the same quantity of potable water through tankers to villages facing water scarcity.

In a letter dated April 12 to Mumbai Indians (MI), Rising Pune Supergiants (RPSG) and Kings XI Punjab (KXIP), IPL Chief Operating Officer Ratnakar Shetty wrote that MI had agreed to the condition, while a confirmation was expected from RPSG. The Mohali-based KXIP, which is scheduled to play three home matches in Nagpur, was told that it will have to adhere to the same proviso if the team was to play the said fixtures in Maharashtra.

The teams have been asked to reply by Wednesday.

“It’s brought to our notice that Mumbai Indians in their affidavit have assured to help in the transportation of water to a drought-hit area as suggested by the Government of Maharashtra. We hope that Rising Pune Supergiants would also agree to the same. Further, if Kings XI Punjab are playing in Nagpur, (they) will have to adhere to the same,” Shetty wrote.

Notwithstanding the BCCI’s assurance, the Bench of Justices V M Kanade and M S Karnik asked the Board whether it could shift IPL matches out of Pune in view of the grim water situation in the state. Hearing a PIL by NGO Loksatta Movement challenging use of large quantities of water in stadiums, the court asked BCCI to respond to this by Wednesday.

The Bench also asked the Board whether it could contribute to the Chief Minister’s drought relief fund. To this, Shetty wrote that the franchises and the IPL will make equal contributions. “As far as the donation…is concerned, the amount will be shared equally the concerned franchisees and the BCCI IPL,” the letter said.

Nine IPL matches are scheduled to be played in Pune and eight in Mumbai.