Virat Kohli said that the West Indies tour is a 'great opportunity' for Rishabh Pant to 'unleash his potential' in all the three formats. 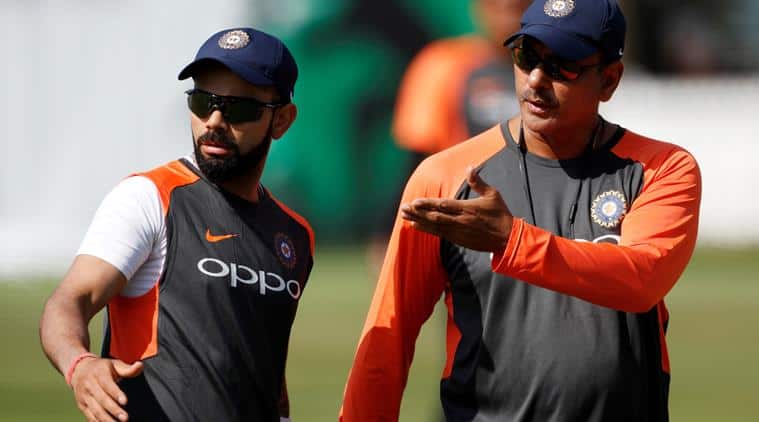 Indian cricket captain Virat Kohli on Friday said that the West Indies tour is a ‘great opportunity’ for Rishabh Pant to ‘unleash his potential’ in all the three formats.

India begin the tour on Saturday with the first of the three T20Is taking palce in Florida. With former skipper MS Dhoni busy with Army patrolling, guarding duties in Kashmir, Pant becomes the preferred choice as wicketkeeper for the men in blue.

“It’s a great opportunity for someone like Rishabh Pant to really play a lot of international cricket, show his credentials, really unleash his potential at this stage,” Kohli said ahead of the 1st T20I.

“We know how much ability he has and we all want him to become a consistent performer for the Indian cricket team. MS Dhoni’s experience is always going to be a very crucial factor but having said that some of these younger guys have a great opportunity ahead of them and they should just look forward to it,” he said.

MS Dhoni’s absence is the perfect opportunity for @RishabhPant17 to gain experience and unleash his potential – #TeamIndia Captain @imVkohli ahead of the 1st T20I against West Indies.#WIvIND pic.twitter.com/1r3QjpuLZl

Making their first appearance after the semifinal exit in ICC World Cup 2019, Kohli said that it was difficult to get over the loss. Moving ahead, the Indian skipper said, “The first few days after we exited the World Cup were quite difficult. Till the time the tournament got over, every time we woke up it was the worst feeling in the morning. Then through the day you do things and sort of get on with your life. We are professionals. We move ahead. Every team has to move on.”

“So we are quite okay with what happened in the World Cup. Yesterday the fielding session and the little bit of time we spent on the field was really good. Everyone was excited, looking forward to just playing, just being on the field again. I think that’s the best thing you can do as a team, just get on the park as soon as possible,” he said.

The Indian team could not train ahead of the match due to rain in Florida. “I think the covers look the same,” quipped Kohli. “We haven’t seen the pitch, we haven’t seen anything apart from the covers on the pitch. When we play tomorrow, we can assess how the pitch has come along. Even last time we played, it was pretty good, high-scoring, and we all had a lot of fun playing here, and this time is going to be no different.”