It’s usually the left-hander’s nip-backer that troubles Rohit Sharma — swinging late into his pads, inducing him to play the wrong line and trapping him dead in front of middle-stump. Trent Boult and Mohammad Amir have masterly exploited this flaw of Rohit when the ball’s still new and hemming around. But Beuran Hendricks – whose inspirational effort of 4-0-14-2 corner-stoned South Africa’s series-levelling victory – devoured him with the one that didn’t bend at all, rather slid on the angle.

It was a surprising mode of dismissal — the one that slides away on the angle hardly hassles Rohit – considering his tendency to stab at the ball early on. But he has neutered the flaw by opening up his stance and moving slightly across so that he could cover the length. Hence, better discretion outside the off-stump. So he’s happy to leave those. When the bowler errs on the fuller side, he would open the bat face and drive it square, a stroke he could unfurl with eyes blindfolded. Even here, his front foot doesn’t go really forward and the alignment, which Rohit is obsessed with, goes a little awry, disturbing the free swing of his bat. He looks a trifle uncomfortable, more so when there’s sufficient movement, but his superb hands, besides the ability to pick length late, often come to his rescue. 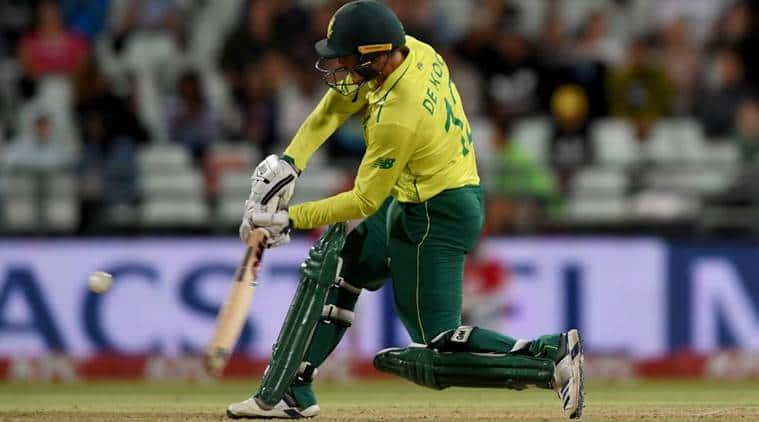 Not this time, though. There was no exaggerated deviation in the air or off the ground, just a routine left-armer’s stock ball. But Rohit was already playing an in-swinger in his mind. The off-and-middle line too might have coloured his judgment. So his eyes were probing for the late movement, and when he belatedly realised the ball wasn’t doing any mischief, he pushed tenuously, his front foot frozen in his stride.

It was a delivery he could have dealt on the back foot as well, even dabbed it through third man, if not for the nip-backer he was expecting subconsciously. Call it a rare error in judgment or lapse in concentration, and he can be happily relieved that Hendricks wouldn’t return to haunt him in the Tests, where he begins resurrecting his career in the new role of an opener.

Then Rohit likes to feel the ball early on, which could turn out to be perilous in the longest format.

But it wouldn’t have escaped the notice of South Africa’s bowling think tank, and it would promptly make its way into the boardroom table when they discuss Rohit before the first Test. Thus, the tenet of minimalism that’s fundamental to his limited-overs game could potentially hurt him. Though the subcontinent is where the ball could deviate the least in the air, and Rohit could count himself lucky in this regard, the fresh SG ball does swing around in the first 10 overs. Both Vernon Philander and Kagiso Rabada are quite skilled at moving the balls either way, capable of purchasing both seam and swing, the latter at an incredible pace and the former with incredulous accuracy. To draw Rohit into this fatal indiscretion, the movement needn’t be massive, but just a shade away, the ball marginally holding the line. And like against the left-armer’s inswinger, Rohit isn’t utmost comfortable dealing with the right-hander’s nip-backer either.

He’s so vigilant of the aforementioned delivery that, often, it’s the one that hold the line that accounts for him. It’s a double-bluff lot of bowlers have tried against him with a fair bit of success too. Like in the World Cup semifinal against New Zealand, where Matt Henry had him caught behind with a fullish delivery that angled in before holding the line. The stationary front foot was again pronounced. Hence, it’s Rohit’s outside-the-off-stump discipline, as much as discretion, that would be tested relentlessly from ball one of his Test-match opening trade.

Another colleague of Rohit, whose discipline is under immense scrutiny these days, is Rishabh Pant. From being touted as the latest game-changer of Indian cricket to being vilified for his recklessly carefree methods, Pant is fast acquainting himself with the fickleness of sport.

He did his reputation no good by adding another hideous stroke into his litany of injudicious strokes. The off-side field, with a sweeper at deep cover and wide long-off, was specifically set for his instinctive waft through off-side. It’s his favourite scoring arc too, but Bjorn Fortuin smartly pitched the ball away from him, making him stretch his arms to make any significant connection. Consequently, he lost his balance and the bat flipped in his hands.

Pant was gullible, gullibility not so much for the outrageousness of the shot, but the timing of it. His side had just lost its skipper, Virat Kohli, the third wicket, and circumstances warranted Pant to embrace circumspection. An occasional big-stroke was fine — like the incredible whip over square-leg, stamped with his undisputed potential — but he played one attacking stroke too many after a sedate start.

He was clearly stuck between the extremes — much like the 0 off 29 in the first innings of the Southampton Test last year. Either he would attempt a big stroke or look to defend. This lack of flexibility, more than his impatience, that will be further scrutinised as his career progresses. Another failure was a clear indication that he’s batting a spot too high in the limited-over formats. Surprisingly, Shreyas Iyer, a more conventional top-order batsman, batted a spot too low.

Ironically, for all his travails in white-ball cricket, Pant has looked relatively organised in Tests. However, he shouldn’t let the negativity around his white-ball cricket, what with chairman of selectors MSK Prasad saying his team wouldn’t be hesitant to look beyond him, affect his red-ball game. That could potentially hurl his fledgling career into an abyss. So, when both sides resume hostilities in a different format in 10 days’ time, they wouldn’t have erased the memories of the T20s entirely. As for Rohit and Pant, the word ‘discipline’ could be ringing loud between their ears.