‘India is playing. There is a lot of pressure on ICC’ Shahid Afridi on play resuming soon after rain in India vs Bangladesh

Bangladesh were on top at one stage, putting up a valiant fight and scaring India properly while coasting along at 66 for no loss in seven overs when rain intervened. 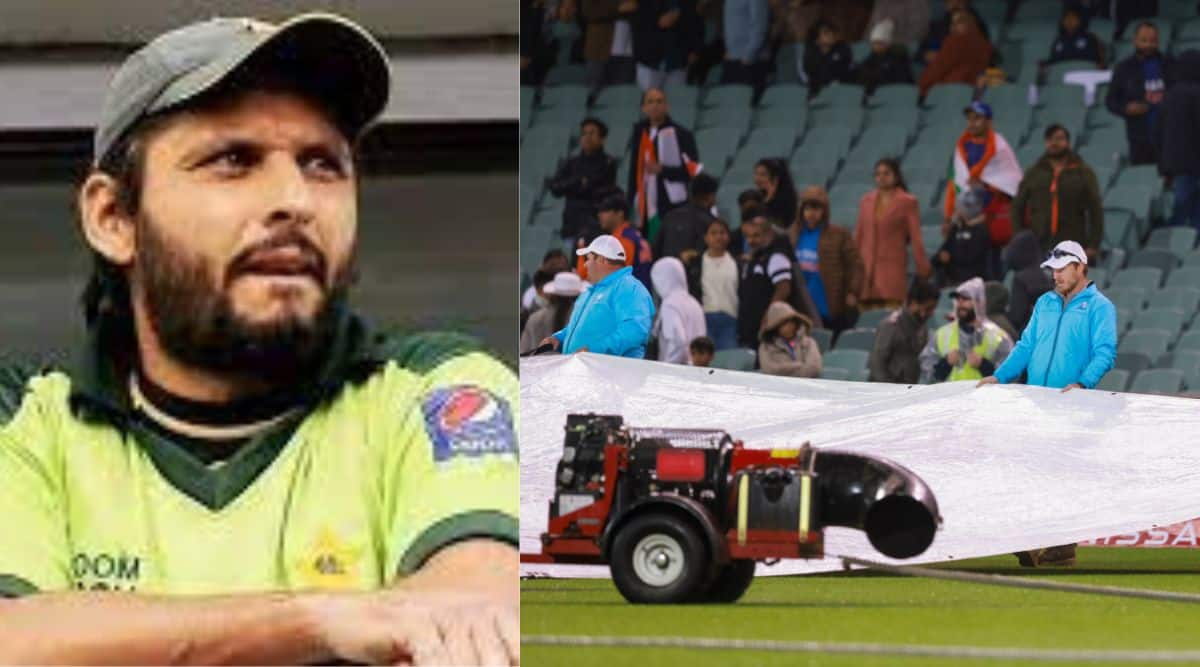 Bangladesh were on top at one stage, putting up a valiant fight and scaring India properly while coasting along at 66 for no loss in seven overs when rain intervened. Soon after it relented, the umpires inspected and said that the ground was ready for play to resume after 30 minutes.

“The Bangladesh players were not too keen to take the field since they knew that they were ahead of the Duckworth Lewis calculations. While Rohit and their captain Shakid al Hasan were involved in discussion with the umpires, the dug out was a hub of frantic activity,” shared a team member.

Once the rain was reduced to a drizzle, the umpires had called both the captains for a chat. The Bangladesh camp would send their team manager for the on-field meeting but the umpires insisted on Shaikb’s presence.

Those in the know say that the umpire informed the captains about the revised target. Bangladesh now needed 151 runs from 16 overs.  An animated Shakib had a long chat with Erasmus, complaining about the wet outfield. The umpires were of the view that the run-up of the bowlers was dry and the game could be continued. Rohit too tried to pacify the Bangladesh skipper and tried to convince him to play.

Later in the day Shakib was asked if he was against taking the field after the rain break? “Do we have any option?” he replied. Didn’t he try to convince Rohit and the umpires? Once Shakib expressed his helplessness. “Convince whom? Do I have the ability to convince the umpires?”, he said.

“It was little slippery, and normally, it suits batting rather than bowling,” Shakib stated adding Litton’s run-out was crucial. “We lost momentum after rain. But you can’t control rain. We were close, but not close enough.”